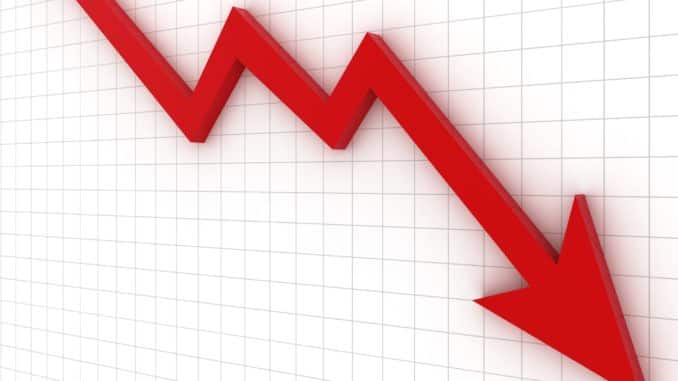 The Wall Street stock market closed December 21 with its worst weekly drop in more than seven years. The fall continued on December 24, losing more than 650 points.

Major U.S. stock markets are now 16 percent to 26 percent below the peaks they reached in the summer and early fall, according to the AP. The Bloomberg Billionaires Index dropped $511 billion this year.

This will be the worst December for stocks since the 1930s.

The economic landscape looks much like 1937, when an apparent economic recovery from the Great Depression came to a sharp stop ― after the Federal Reserve hiked interest rates, triggering a new downturn. And throughout this year, the Fed has been hiking interest rates ― with the latest rise this week ― while the stock market is falling and economic growth is slowing, says Marxist economist Michael Roberts.

Looking behind the curtain

What happens in the stock market reflects the conditions of capitalist production. The mysterious gyrations up and down may appear to be like a disappearing act in a Las Vegas magic show, but they represent the anticipated direction of the economy. And a fall in the stock market can have wide repercussions.

The losses in a stock market downturn directly hit millions of workers and middle-class people through the loss of their savings, pensions and other retirement funds, insurance funds and other institutions, all of which are invested in the stock market.

Engels on the stock exchange

What is the role of the stock market? As long ago as 1895, Frederick Engels, in supplementary notes updating Volume 3 of Capital, said:

Engels also noted the relation of foreign investment to the stock exchange:

“Now all foreign investments [are] in the form of shares. … [Colonization] is purely a subsidiary of the stock exchange, in whose interests the European powers divided Africa a few years ago, and the French conquered Tunis and Tonkin. Africa [was] leased directly to companies (Niger, South Africa, German South-West and German East Africa), and Mashonaland and Natal [were] seized by [Cecil] Rhodes for the stock exchange.”

The stock exchange is the concentration of all industry, agriculture, commerce and the means of production into the hands of stock exchange operators, that is, the financial industry. That includes not just the Wall Street brokerages and hedge funds, but also the heads of the biggest banks — particularly the central banks such as the Federal Reserve. Of course, not every stock market plunge results in a capitalist economic crisis.

Left out of most reports on the stock market is the so-called trade war against China and the tariffs imposed by President Donald Trump — as though they were unrelated.

On the steel and aluminum import tariffs, the root cause of the problem is being ignored. That problem, according to an article in Forbes, is global metal overproduction.

The tariffs have meant higher car prices and the auto industry predicts the result will be two million fewer cars sold annually. That’s around 10 percent of the market. That’s overproduction.

China’s soybean imports from the United States dropped to zero in November, a result of the U.S. trade war, leaving U.S. agribusiness with a massive “oversupply.”

Overproduction is the outgrowth of capitalist production, notwithstanding all the research, the sophisticated data, computerization and digital communications at the disposal of the capitalists ― important potential tools for planning.

Anarchy reigns in capitalist production, as Engels explained in “Socialism: Utopian and Scientific,” because:

“No one knows how much of his particular article is coming on the market, nor how much of it will be wanted. No one knows whether his individual product will meet an actual demand, whether he will be able to make good his cost of production or even to sell his commodity at all.”

In Volume III of “Capital,” Karl Marx described the nature of capitalist crises this way:

“The contradiction of the capitalist mode of production … lies precisely in its tendency towards an absolute development of the productive forces, which continually come into conflict with the specific conditions of production in which capital moves, and alone can move. There are not too many necessities of life produced, in proportion to the existing population. Quite the reverse. Too little is produced to decently and humanely satisfy the wants of the great mass.”

This “crisis of overproduction” is the defining feature of a capitalist crisis, according to Marx. Unemployment rises as workplaces are shut down. People go hungry while food sits unsold in warehouses or rots in the fields. Homes stand empty although millions lack an affordable place to live.

The deep-going causes of crises arise from the contradictory nature of the capitalist system, which idolizes private ownership of the means of production and yet has developed the productive forces to the point where they have outgrown private ownership and are really social in character. That is, private property cannot be separated from competition and the ups and downs of capitalist anarchy, while jobs, food and housing are necessities for human beings that should not be disrupted by the drive for capitalist profits.

Profit is the motor-force of capitalist production. The capitalists must always expand production and dominate their market. Expand or die is the law of the marketplace. It is the competition for the market that continually drives expansion to the point of overproduction.

Because capitalists are under constant pressure to invest in ever-greater amounts of machinery and equipment, computers and robots, there is a long-term tendency for the rate of profit to fall. The reason for this is that labor is the source of the surplus value that capitalists keep as profit. The rising proportion of machinery, including computerization, replacing workers creates a downward pressure on the rate of profit over the long run.

That doesn’t mean that capitalism will collapse on its own as profit rates fall. Marx pointed out that capitalist crises actually clear the way for a revival of growth by bankrupting unproductive capitalists and devaluing capital in general.