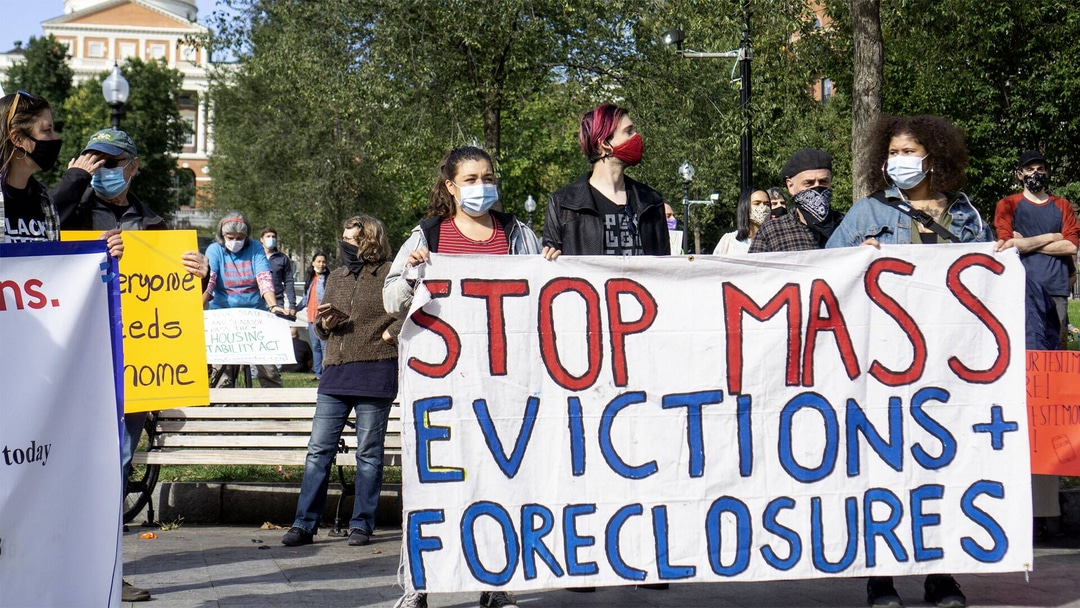 Over eight million families had their dwellings foreclosed by U.S. financial institutions from 2006 to 2016. That means at least 30 million people were kicked out of their homes by the banksters. Millions more were evicted.

In eight of those years, Ben Bernanke was chair of the Federal Reserve, the central bank of the United States. During his tenure from 2006 to 2014, some 6,665,045 families lost their homes.

While Bernanke refused to help these families, he was bailing out the billionaires. The head of the Fed pumped trillions into banks and other corporations that were “too big to fail.”

General Electric ― which was making more money by loan sharking than by making light bulbs and locomotives ― received $140 billion.

So why was Bernanke awarded the 2022 Nobel Memorial Prize in Economic Sciences along with Douglas Diamond and Philip Dybvig?

Capitalists like to give awards to each other as well as to their trusted servants like Bernanke. The Economics prize was first awarded in 1969, 68 years after the other Nobel prizes.

So the central banker Ben Bernanke got a prize from another central bank. An earlier recipient was Milton Friedman, who wanted to get rid of Social Security and advised Chile’s brutal dictator Augusto Pinochet.

Not all of the original Nobel Prizes should have been awarded, either. The 1949 prize in medicine or physiology was awarded to Antonio Egas Moniz for promoting lobotomies, which deliberately damaged people’s brains.

President Teddy Roosevelt, who helped give Korea to the Japanese Empire in the Treaty of Portsmouth that ended the Russo-Japanese war, did not.

After all, the Nobel Peace Prize was named after Alfred Nobel, a Swedish industrialist who developed dynamite and other more powerful explosives. The Nobel family also had extensive financial holdings in the Czarist Empire, including a slice of the oil fields in Baku.

Today the Ukrainian regime and its fascist gangs are tearing down statues of Tolstoy and the Black poet Alexander Pushkin.

Bernanke and the other two economists were given the prize this year for their study of banking.

In a 1983 paper, Bernanke pointed out that the thousands of bank failures prolonged the Great Depression of the 1930s. This differed from the prevailing dogma of monetary crank Milton Friedman who claimed it was simply the result of the money supply being strangled.

The attitude of billionaires at the time was that it was a golden opportunity to gobble up competitors. According to former President Herbert Hoover’s memoirs, Treasury Secretary Andrew Mellon’s attitude was to “liquidate labor, liquidate stocks, liquidate the farmers.”

Billionaire Mellon refused to lend $1 million to save the Bank of Pittsburgh in 1932. As a result 17,000 depositors lost everything. Today’s Bank of New York Mellon has $452 billion in assets. Mellon lost nothing.

Ben Bernanke is an educated person. Yet his attitude towards banks is naive.

In that 1983 paper, Bernanke wrote that “the real service performed by the banking system is the differentiation between good and bad borrowers.”

That doesn’t explain why there isn’t any money for affordable housing while Donald Trump and other real estate sharks get billions for luxury condos.

During the so-called Great Recession, the Federal Reserve poured trillions into financial institutions in what was called “quantitative easing.” This was just a fancy name for creating more government debt.

“As with the stroke of an enchanter’s wand, it endows barren money with the power of breeding and thus turns it into capital, without the necessity of its exposing itself to the troubles and risks inseparable from its employment in industry or even in usury.”

The capitalist media hail Bernanke for preventing the massive bank failures that happened in the 1930s. Despite the deluge of loans to banks and insurance companies, these outfits were slow to resume lending. This prolonged the economic crisis that started in 2007.

Lenin, the leader of the Bolshevik Revolution, knew the role of banks much better than Bernanke. In “Imperialism, the Highest Stage of Capitalism,” Lenin described how capitalist society is run by a dictatorship of the big banks.

“The banks grow from modest middlemen into powerful monopolies having at their command almost the whole of the money capital of all the capitalists and small businessmen and also the larger part of the means of production and sources of raw materials in any one country and in a number of countries,” wrote Lenin. “This transformation of numerous modest middlemen into a handful of monopolists is one of the fundamental processes in the growth of capitalism into capitalist imperialism.”

Although it’s called a “prize in economic sciences,” there’s not much science in modern capitalist economics. David Ricardo, who died 200 years ago, was the last pro-capitalist economist who sought to honestly investigate capitalism.

Ricardo popularized a version of the labor theory of value that points out that only workers can produce profits. This fact is hated by capitalists.

The railroad monopolies even told the Presidential Emergency Board in August that “capital investment and risk are the reasons for their profits, not any contributions from labor.” Tell that to the railroaders who are injured on the job.

Capitalist economists since Ricardo are apologists for a system that inevitably leads to war and hunger. Because they don’t know how capitalism works, even some very bright people can screw up big time.

That’s what happened in 1998 to the mathematicians at Long-Term Capital Management who made risky bets. The Federal Reserve bailed them out with $3.5 billion.

These math whizzes might as well have made astrology tables.

It was Karl Marx who investigated the workings of the capitalist system and how it developed. He pointed out that capitalism’s fundamental contradiction was that the socialized production by millions of workers was shackled to private ownership by a few.

Because there’s no overall economic plan, production always outstrips consumption despite the needs of billions of people. Eventually, too many things or services are produced than can be sold at a profit.

The result has been a capitalist economic crisis every decade or so since 1825. That’s a good reason to overthrow capitalism by a socialist revolution.

In order to struggle, the teachings of Karl Marx will be absorbed by millions of poor and working people. They will understand capitalism better than all the Bernankes.