On May 1 — International Workers’ Day — Black, Puerto Rican, Asian and white workers rallied at Harlem’s Africa Square for healthcare, housing and education, to release political prisoners and stop police terror, and to struggle together against their common enemy, the capitalist ruling class.

The May Day speak-out was called by the People’s United Front. The main demands were: “Justice for all victims of racism and police terror,” “Free all political prisoners” and “Reparations now.” Organizers said they hope to make May Day in Harlem an annual event.

Puerto Rican activist and artist Carlito Rovira made an impassioned call for solidarity with the Asian community, facing violent racist attacks spurred on by Trump and Biden’s anti-China rhetoric.

Brother Kamau of the December 12th Movement demanded a government down-payment on reparations for Black people to be used to establish a medical delivery system to address the racist neglect of the descendants of enslaved African peoples.

Powerful appeals were made on behalf of political prisoners Mumia Abu-Jamal and Russell “Maroon” Shoatz. Speakers also denounced the exploitation of the remains of slain MOVE children by Princeton University and the University of Pennsylvania. 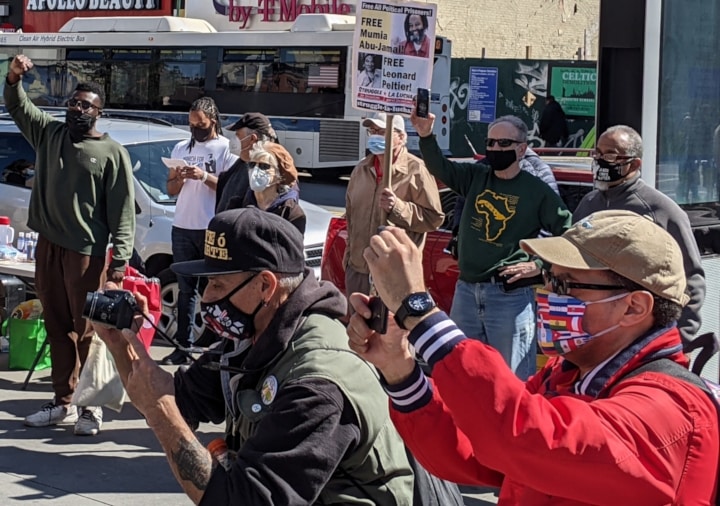