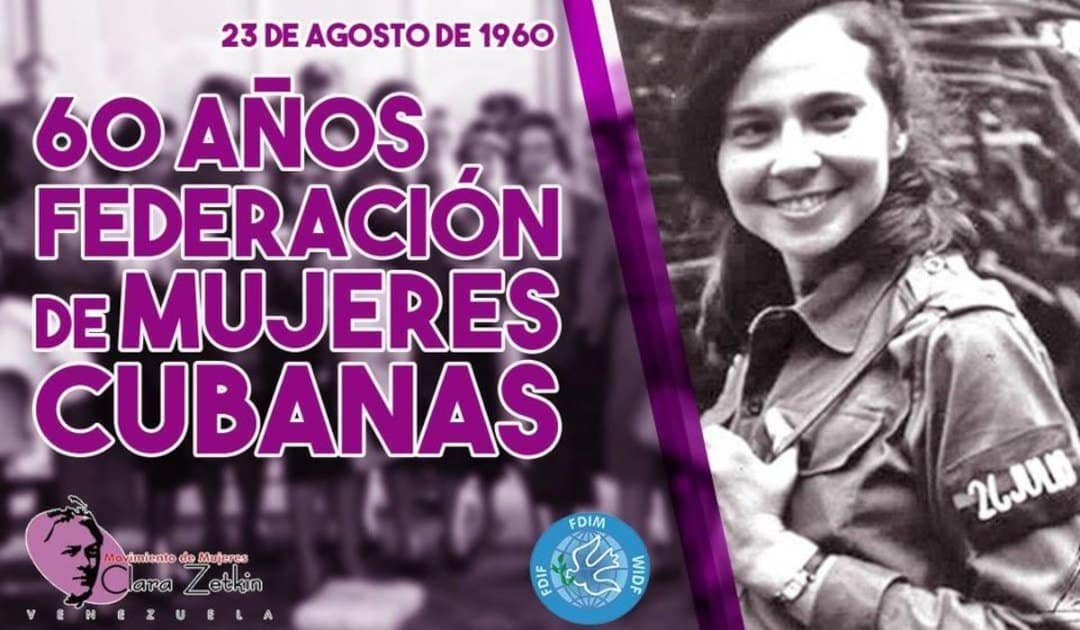 Just eight months after the victory of the Cuban Revolution, on Aug. 23, 1960, the Federation of Cuban Women was founded. At that meeting, Fidel Castro remembered the historic contributions of Cuban women, including mothers like Mariana Grajales, all of whose sons fought and died for Cuban independence, and the women who carried messages from the Sierra to the cities past the enemy lines. Clodomira and Lidia eventually were caught by the dictatorship, tortured and murdered without revealing secrets.

From the slave rebellion leader Carlota to women of the Moncada and the Mariana Grajales Women’ Platoon in the Sierra Maestra, from the development of CENESEX, Cuba’s National Center for Sex Education, to address the spectrum of gender identity and educate to eliminate homophobia and transphobia, to today’s women scientists who produced Soberana-01 COVID-19 vaccine that began clinical trials on Aug. 24, women are a revolutionary force inside the revolution.

Comrades, thank you for making this celebration forum possible and for the honor of inviting us to participate.

We would like to start by highlighting the role of the FMC, through Vilma Espín, who had the vision of ensuring the continuity of the FDIM, after the dismantling of the socialist countries in the 1990s, continuing the project of international unity led by women.

Comrades, after having participated in various international forums with the women of the FMC, we would like to share some of the qualities that have most impacted us about them, qualities that serve as an example to all of us: their great generosity with their time, always ready to share experiences and suggestions — strong defenders of their revolution, their understanding, their search for consensus, and their tenacity to face problems or obstacles. Much we have learned from you compañeras.

This year we have faced a global challenge: the COVID-19 pandemic, which has forced us to assume physical isolation as a preventive measure. However, that same isolation has forced the opening of a virtual door to the world. The pandemic has become a challenge and at the same time an opportunity to get intimately closer to other struggles, to look for the similarities and differences, to feel closer to their vicissitudes, their sufferings and the resistance of their peoples. It has led us to learn new forms of mobilization and resistance, to feel more a part of other struggles.

Although we have not yet found that crucial point of a global joint response that could once and for all destroy this capitalist system that is the root of so much oppression, this process is giving us the opportunity to launch global campaigns.

The criminality of capitalism has been exposed more clearly with this pandemic. Cuba has defeated the mistaken notion of the USA as “the savior of democracy,” the Cuban medical brigades are bringing health, hope and a model of generosity that only Revolutionary Cuba and its socialist development can do.

Cuba has always been an example of humanity, and the women of the FMC have been exponents of it. Wherever their delegations go, they have stood out for their commitment to just causes raising their voice in all forums. They have never been silent observers. And they have always taken advantage of every forum to defend their revolution, to expose US crimes against their island, from Elián to the Five Cuban heroes, always demanding that this murderous blockade be removed.

So, following your example, I would like to appeal to all the participants by asking for:

The straitjacket, that is being a colony, does not even allow for closing the airport through which thousands of people arrive daily — many contaminated with COVID — from the states with the most contagion of the pandemic such as Florida and Texas.

We have made a request for help from the Cuban medical brigades, but our lack of sovereignty prevents their arriving in Puerto Rico, while the U.S. denies the Puerto Rican people the most precious thing: their freedom.

Comrades, thanks again for making this forum possible and for the honor of inviting us to participate.