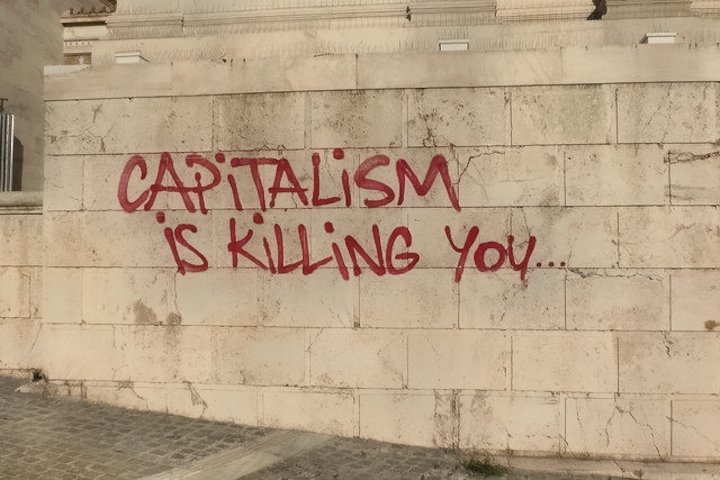 July 1 — As a consequence of bosses’ rush to “reopen the economy” for profit amidst the global COVID-19 pandemic — and the unwillingness or inability of bought-and-paid-for political “leaders” to stand up to their demands — infections and hospitalizations are surging throughout much of the United States. During late June, the rate of confirmed infections reached new highs every single day. The U.S. death toll now tops 127,000.

The surge of infections has especially engulfed states in the South and West, like Texas and Florida, whose leaders, following the lead of President Donald Trump, largely ignored measures to slow the virus’s spread and then quickly dropped any pretense of protecting public health as pressure to “reopen” grew from Wall Street right on down to the small capitalist on the corner.

California is another epicenter of the virus surge. That state had earlier taken relatively strong measures, but like other Democratic-governed states, caved in to capitalist pressure and began dropping public health measures at the end of May. Now, other states like New York, which had slowed the spread but is now barreling ahead with reopening amid the surge in the rest of the country, could soon face a new spike.

Appearing before Congress on June 30, National Institute of Allergy and Infectious Diseases director, Dr. Anthony Fauci, stated that he would not be surprised if the surging rate of infections in the U.S. reached 100,000 per day. Currently, it is around 40,000. Experts say that the rise is not primarily a result of increased testing — which is still wholly inadequate in much of the country. In fact, Trump bragged at his poorly attended campaign rally in Tulsa, Oka., on June 20, that he had ordered that testing be slowed down.

Demand for testing is growing in the most affected states and far outstrips supply, even months into the pandemic. On July 1, the Washington Post reported “unprecedented demand for testing with lines stretching miles in the summer heat, supplies running out and medical workers left exhausted” in cities like Phoenix, Ariz., and Austin, Texas.

The rest of the world is watching, dumbfounded, at the utter criminality and ineptitude of the U.S. ruling class and its officials. On June 30, as the European Union prepared to lift travel restrictions, it announced that people from the U.S. would not be permitted to visit because of the lack of control over the coronavirus here.

From panic to profit-driven ‘reopening’

There has not been a clear or consistent policy to combat the spread of the virus at the federal, state or local levels — just a hodgepodge of half-measures and no measures.

When it was finally acknowledged in March that the virus was quickly spreading, projections of 100,000 or more deaths sent Washington and Wall Street into a panic. It was too late for areas like New York, Seattle and Los Angeles, where the pandemic was already out of control. But at last some stay-at-home measures were implemented in late March.

But already in early April, the capitalist class — the bosses, bankers and landlords who hold true power over U.S. society — overcame their initial panic and decided that workers must be dragooned back to their jobs for the sake of profits, deadly contagion or no, even as those same bosses laid off millions of others. They were more fearful of the capitalist crisis of overproduction that coincided with the pandemic, and were determined to scrape up whatever profits they could on the backs of the workers.

By the beginning of May, the modest measures to control the virus’s spread had already fallen by the wayside in most of the country. Only those early centers of the health crisis — mostly major coastal cities where the victims were largely Black and Brown people and elders — maintained or strengthened public health measures. And by the Memorial Day holiday at the end of the month, those too were being loosened.

The virus spread in meat-processing plants in the Midwest and South, in Amazon warehouses, in newly reopened churches, restaurants and bars. In many places, bosses and politicians alike flouted regulations meant to enforce mask wearing, social distancing and other safety practices, and thus encouraged middle-class white “consumers” to do likewise.

The president — who can hardly be described as anything but a virus himself — gleefully ignores any state or local public health measures that he encounters, the very picture of a wealthy oligarch who has a team dedicated to protecting his own health.

What we see now are the perfectly predictable and preventable consequences of a system that prioritizes profits over people’s lives.

U.S. capitalism, the wealthiest empire that has ever existed on planet Earth, could have pumped trillions of dollars into finding a vaccine in cooperation with other countries. It could have guaranteed a job, home and income to every single person living in this country for the duration of the health crisis.

But that’s not what capitalism is for. It exists to enrich the few at the expense of the many. The system and its political representatives, whether of the Donald Trump or Joe Biden varieties, “conservative” or “liberal,” Republican or Democrat, all dance to the tune of the profiteers, the lives and health of the working class be damned.

Following the police murder of George Floyd in Minneapolis on May 25, many politicians and media pundits were quick to warn that the countrywide uprisings against killer cops would contribute to the spread of COVID-19.

That didn’t happen. In fact, six weeks into the protest movement, with daily actions happening in cities large and small in every part of the country, there is no correlation between the protests and the surge of the virus. Rather, it is all down to the capitalist-driven rush to “reopen the economy.”

“In what’s considered the first systematic look at the question, a team of economists determined that only one of 13 cities involved in the earliest wave of protests after Memorial Day had an increase that would fit the pattern,” the Associated Press reported July 1.

“It was Phoenix, where experts say cases and hospitalizations surged after a decision by Gov. Doug Ducey to end Arizona’s stay-at-home order on May 15 and ease restrictions on businesses. Arizona residents who were cooped up for six weeks flooded Phoenix-area bar districts, ignoring social distancing guidelines.”

Why is this? For one thing, unlike the white supremacist “reopen” protests at state capitols in April and May, the anti-racist protesters are highly conscious of their social responsibility to wear masks, avoid unnecessary physical contact, use hand sanitizers or gloves, participate in car caravans, and stay home or get tested if feeling under the weather.

Unlike the megachurches, bars and factories that have been among the “superspreaders” in much of the country, the protests against police terror have been held out of doors, where transmission is less likely, especially when people are wearing masks.

Since late May, this writer has attended several protests in Brooklyn and Manhattan. At every demonstration, almost every person has worn a mask. Organizers, street medics and volunteers provided masks, hand sanitizer and other items in case anyone needed them.

The proportion of people wearing masks was higher at these protests than in any other setting I observed in the city — often much higher. This was true even before the recent loosening of stay-at-home measures encouraged more New Yorkers to stop wearing masks altogether.

In fact, what’s been most glaring at the protests are those individuals who most often are not wearing masks — the police.

An open letter signed by more than 1,200 health care workers states: “White supremacy is a lethal public health issue that predates and contributes to COVID-19. Black people are twice as likely to be killed by police compared to white people, but the effects of racism are far more pervasive. … Black people are also more likely to develop COVID-19. Black people with COVID-19 are diagnosed later in the disease course and have a higher rate of hospitalization, mechanical ventilation and death. COVID-19 among Black patients is yet another lethal manifestation of white supremacy.

“In addressing demonstrations against white supremacy, our first statement must be one of unwavering support for those who would dismantle, uproot or reform racist institutions. Staying at home, social distancing and public masking are effective at minimizing the spread of COVID-19. To the extent possible, we support the application of these public health best practices during demonstrations that call attention to the pervasive lethal force of white supremacy. However, as public health advocates, we do not condemn these gatherings as risky for COVID-19 transmission. We support them as vital to the national public health and to the threatened health specifically of Black people in the United States.”

Protests are not only an urgent public health measure to fight systemic racism. It is clearer every day that to win any kind of effecting measures to combat the surging coronavirus and stop the pandemic from claiming tens or hundreds of thousands of more lives, a rebellion on the scale of the George Floyd protests and beyond, inseparably linked with the struggle against racist terror, is urgently needed.

Capitalism is the crisis. In the battle for public health, protests, uprisings, strikes and socialism will be the solution!