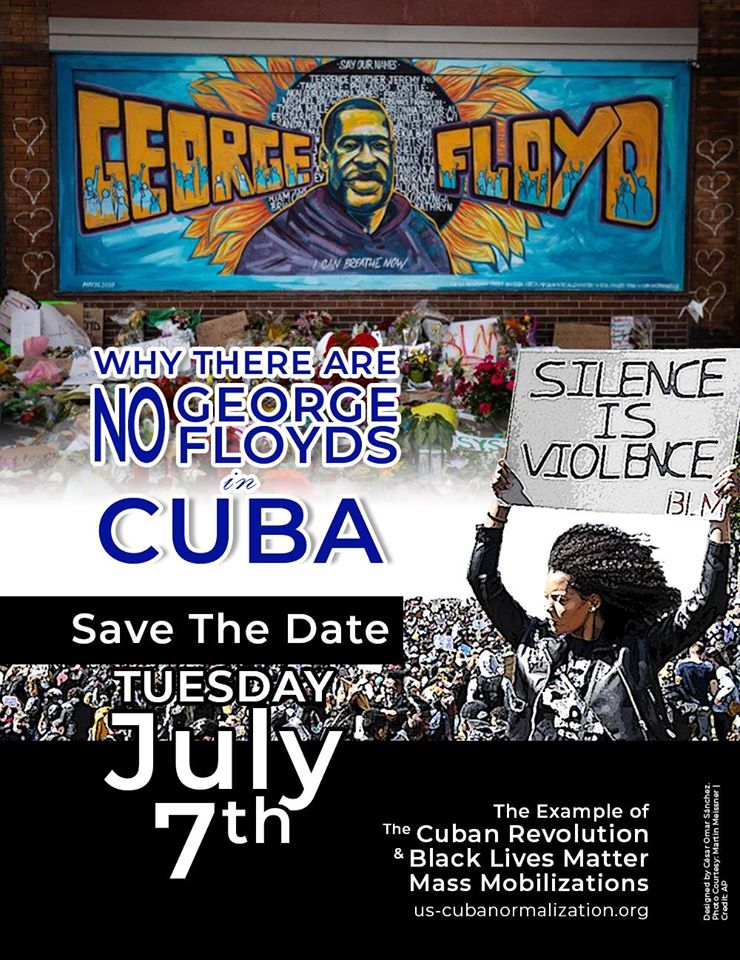 >>> Co-hosted by:
Jamilah Bourdon —Organizer, All-African People’s Revolutionary Party; Jamilah has been studying and organizing around anticapitalism for over half her life; She has participated in community defense organizing, anti-foreclosure security, free breakfast programs, and liberation schools. Forward ever!

Introduction by:
Nesbit Crutchfield — Involved in Progressive Solidarity activities and movements for over 52+ years. Starting with his involvement and imprisonment with the BSU/TWLF Strike @ San Francisco State University in 1968, to his activism with the Anri-Apartheid Movement in support of the ANC in the establishment of a Democratic South Africa. A long term veteran and activist in Puerto Rican, Haitian, and Cuban Solidarity work, and is now active in the Bay Area and National Venceremos Brigade.

August Nimtz – Author: “Why There Are No George Floyds in Cuba.” (https://legalform.blog/2020/06/17/why-there-are-no-george-floyds-in-cuba-august-h-nimtz/) Co-coordinator of the Minnesota Cuba Committee; Professor of Political Science and African American and African Studies, University of Minnesota; Co-Author (with Esteban Morales), The Dynamics of Racial Discrimination in Cuba, Past and Present; Author, Marxism vs Liberalism: Comparative Real-Time Political Analysis.

Ahjamu Umi — Organizer, All-African People’s Revolutionary Party for 36 years; Ahjamu does a weekly webinar series on subjects from formulating revolutionary parties and alternatives to the policing system; He has engaged in community defense for many years, standing in the face of armed white supremacists; Ahjamu has contributed to formulating liberation schools for youth in Oregon and California and around the clock anti-foreclosure house security and shutdowns. His writings can be seen at www.abetterworld.me