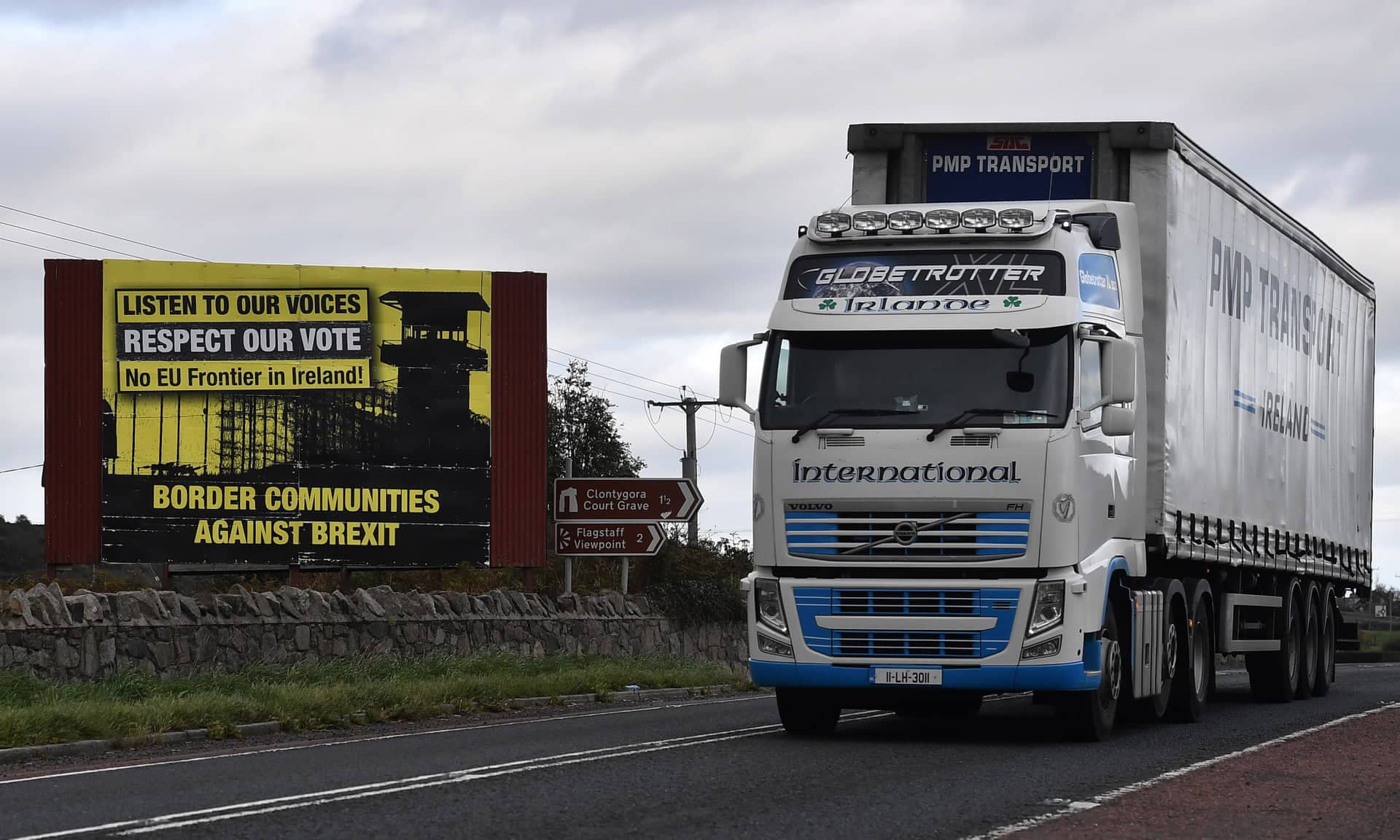 British Prime Minister Theresa May’s Brexit deal, the outcome of a plan to withdraw from the European Union, suffered a historic defeat in Parliament on Jan. 15.

A major obstacle to the Brexit plan is the border between the Irish Republic and Northern Ireland.

Brexit would cause the border in Ireland to become the only land border between the U.K. and the EU. It creates the specter of a new customs and regulatory border patrolled by British troops.

Currently, there are no border posts, physical barriers or checks on people or goods crossing the border between Northern Ireland and the Republic of Ireland.

Now, Brexit has “encouraged many, or some nationalists in Northern Ireland, along with some unionists, to think more favorably about the prospect of a United Ireland,”  reports the Jan. 25 Irish Times.

Brexit would be catastrophic to the gains of the 1998 Good Friday Agreement made in the northern city of Belfast, Ireland. It was an agreement on how Northern Ireland should be governed, made between the Irish government and the British government, that included the largest nationalist and unionist political parties. The agreement laid the foundation for a peaceful process that would eventually lead to Irish reunification.

Sinn Féin, the Irish Republican Party, has made it clear to the British government that if they exit the EU without a solution to the border problems, “it is absolutely incumbent on them to put the constitutional future to the people here through a unity referendum.” (An Phoblacht.com, Jan. 19)

Taoiseach (Irish prime minister) Leo Varadkar raised the fear that Brexit would mean that Ireland and Britain would be treated as one block in relation to the rest of Europe.

In Northern Ireland the only staunch supporter of Brexit is the hard-line Democratic Unionist Party (DUP), an important prop in Prime Minister Theresa May’s conservative government.

The EU had proposed that the Belfast Agreement could be upheld if all of Ireland remained fully aligned with the EU’s customs union and part of the single market after Brexit.

In an attempt to make the Brexit deal more acceptable, Theresa May has agreed to a “backstop” measure in the terms of Britain’s withdrawal from the EU.

The backstop is a measure in the Brexit deal that ensures a continuation of the current border with no military posts, barriers or checks on people and goods crossing between Northern Ireland and the Republic of Ireland.

The terms of the backstop would remain in place even if the hard-line Brexiteers do succeed in forcing a withdrawal from the EU “over a no-deal cliff edge” on the March 29 legal deadline. (Brexit: All you need to know about Britain leaving the EU from the anti-Irish BBC)

Right-wing opponents like the DUP fear that the backstop could become permanent and weaken the English partition of Ireland.

The Irish, Scottish and Welsh people all voted to remain in the EU at the time of the original Brexit vote in 2016.

Scotland and Wales under Brexit

Scotland and Wales have the status of devolved nations which provides for more local autonomy. They had been making many of their own arrangements within the European Union.

The devolved administrations have argued that they’ve not been allowed a role in the Brexit negotiations.

Scotland’s first minister, Nicola Sturgeon of the SNP, said, “To be frank, there wasn’t much indication that the prime minister is listening to, or hearing, the concerns of the people of Scotland — and no doubt across Britain — about trade and the economy and population.” (The Guardian.com, Jan. 23)