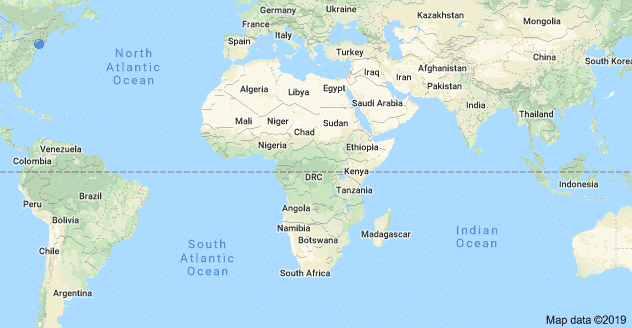 The capitalists are motivated by profit, not social justice. However, unlike Western imperialist investors who are given free rein by their countries of origin to do whatever makes a profit, the Chinese capitalists are under the control of the Chinese government — a government whose financial, major utilities, oil, commercial and transportation industries are state owned. Any capitalist enterprise must be compliant with the state, not the other way around.

China’s so-called market socialism is really a partial ideological retreat. It comes from imperialism’s constant military threats and economic war against both China and the former USSR.

But our movement must recognize the difference between China’s engagements with Asia, Africa and Latin America versus the Western imperialist engagements there. Not to do so would only fuel anti-communism and benefit especially U.S. imperialism, by hiding the fact that China and the U.S. have irreconcilable differences in relation to which social classes they represent.

China’s significant investments in Africa since 2000 are a very real threat to imperialism as a whole and especially U.S. imperialism. It’s not only the hundreds of billions of dollars being invested, but the type of investment. China’s investments allow for the development of infrastructure and a real improvement in the economies of these countries.

Any improvement in the economy that affects the living standards of the people, that helps remove the stifling, debilitating, oppressive cloud of extreme poverty, is key to building self-determination and liberation.

We know that the development of the working class and productive forces is an important aspect of building socialism. But we also know that building socialism without a Soviet Union to counter violent U.S. imperialist embargoes and economic sabotage is even more challenging, especially for developing countries, which are therefore dependent on capitalist investment.

China can’t yet make up for the former USSR’s counterbalance to imperialism’s attacks on Africa and Latin America. But it seems willing to protect its investments and partnerships with military force, for example by supplying military means or funds to the African Union’s military unit, or by placing Chinese troops in South Sudan to protect the oil pipelines, which had been sabotaged by U.S.-supported rebel forces.

Last July, China set up its first military base overseas in the East African country of Djibouti, to establish an outpost capable of keeping an eye on the main U.S. Africom base there. China now has improved aircraft that can reach speeds of Mach 10, defying radar. Its qualitative leaps in the technology of encryption can potentially defy any National Security Agency surveillance.

All this must keep the monopoly bankers and industrialists who run this country up all night in a cold sweat. The U.S. especially will do everything it can to discredit and vilify China.

In reporting on China’s role in Africa, the bourgeois media scour the continent to find the most egregious examples of Chinese company injustice, hoping to paint all Chinese relations in Africa with the same brush. They especially like to talk about the Chinese privately owned Collum coal mine in Zambia, although the top four copper mining companies in Zambia are headquartered in Canada, Switzerland and India.

In 2000, five Chinese brothers asked the Zambian government to reopen a low-quality coal mine that had been shut down as not profitable. With capitalist production, when your product is inferior to that of your competitors, it’s impossible to maintain profits to the satisfaction of investors/creditors without cutting wages, safety standards and benefits while increasing speedup and ignoring ecological concerns.

The company was cited for severe air pollution and contaminating the water supply of nearby communities. The Mine Workers Union of Zambia complained that workers were being beaten by bosses while government officials and police were paid off to look the other way.

So in October 2010, hundreds of miners protested. Two Chinese supervisors began shooting. No one was killed — a pellet gun was reportedly used — but two people were critically injured and 11 miners were wounded.

By 2012, the workers were fed up and held another protest. This time a Chinese manager was unintentionally killed. However, no charges were brought against the workers and the Zambian government seized the mine.

In 2015, the government returned the mine to the Chinese owners with the warning that it would be taken again if safety and environmental violations arose.

Chinese companies in Africa get all the publicity, but little is said about Canadian-owned First Quantum Minerals, one of Zambia’s top four mining companies.

From 1980 on, Zambia was unable to fight strong-arm tactics by Canada, the International Monetary Fund and the World Bank regarding First Quantum Minerals. Economic aid essential for Zambia’s survival was threatened. So in 1990, the country was forced to privatize its nationalized copper mines and companies like First Quantum could buy them cheaply. The country was also forced to let a former vice president of the Bank of Canada become governor of the Bank of Zambia.

This guaranteed long-term poverty for Zambian workers as the Canadian government reinforced every crooked deal made by its majority holding companies, like First Quantum.

Yan Hairong, associate professor at Hong Kong Polytechnic University, explained the difference between the Canadian government’s attitude and that of China. Instead of demanding no action be taken against the anti-worker crimes of the company, the Chinese government welcomed the nationalization of the Collum company by Zambia. And it ordered Collum to pay injured workers thousands of dollars each. It then forced the owners to make a public apology to the entire workforce at the mine.

The Canadian government and First Quantum Minerals, on the other hand, set up a systemic guarantee of poverty in Zambia — yet no major headlines vilified Canada or its company.

Colonial or imperialist relationships are about politically and economically controlling a country to steal its resources and deny its ability to develop independently. That also requires a military force.

Some privately owned Chinese companies may exhibit chauvinism and even different forms of exploitation towards their workers in Africa. This does not automatically equate to colonialism, especially when it does not continue and create the underdevelopment that African scholar Walter Rodney exposed in 1968 with his groundbreaking and authoritative book: “How Europe Underdeveloped Africa.”

Rodney wrote: “In the first place, the wealth created by African labor and from African resources was grabbed by the capitalist countries of Europe; and in the second place, restrictions were placed upon African capacity to make the maximum use of its economic potential — which is what development is all about.”

U.S. military moves in Africa since 2008 are definitely part of its neocolonial plans and also threaten naked colonialism.

In a 2015 Black Agenda Report, Nick Turse of TomDispatch wrote: “In remote locales, behind fences and beyond the gaze of prying eyes, the U.S. military has built an extensive archipelago of African outposts, transforming the continent, experts say, into a laboratory for a new kind of war.”

China’s engagement is of a different nature. Zimbabwe Herald reporter Lovemore Chikova wrote about 2015 and 2016 loan packages negotiated between China and Zimbabwe.

They included $5 billion for free aid and interest-free loans. China would train 200,000 technical personnel and provide 40,000 training opportunities for African personnel in China.

In addition, the aid prioritized modernizing agriculture with technological expertise, machinery, training and teams of experts.

As Walter Rodney pointed out, increasing technology in agriculture is one of the most essential prerequisites for development in Africa.

I spent a few weeks in Sudan and Egypt. In Sudan, I saw an area for refugees that was many acres wide and long, as far as I could see. Families were living in mud huts in over 110 degree temperatures with no electricity, hospitals or stores in sight.

When our son was a toddler and got a fever, we could easily go to the corner store and get ibuprofen, a thermometer or Pedialyte. And we didn’t have to worry about U.S. drones flying overhead. Not so for many in Africa.

When we’re talking about development, it’s not about getting the latest consumer goods or trendy stuff or incorporating a Western lifestyle — we’re talking about attaining the basics for survival. Basics whose denial, as Walter Rodney illuminated, was not a lifestyle choice of African people, but a derailment of their natural progress by European colonialism.

By clarifying the character of China’s intervention in Africa, contradictions and all, we can be in solidarity with those voices in Africa representing the genuine people’s movements on the continent who are determined to arise, “no more in thrall.”