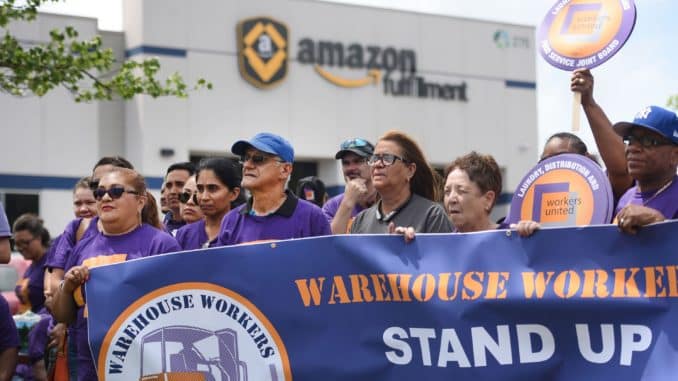 The internet monopoly capitalists — Amazon, Apple, Facebook, Google and Microsoft — look a lot like the robber barons of the 19th century when it comes to workers’ rights. Not one of them has recognized a labor union.

Amazon has blocked all efforts to unionize since its founding in 1994. Time magazine headlined a story in 2014: “How Amazon crushed the union movement.”

Amazon, with a global workforce of 566,000, has the highest employee turnover rate of all the Fortune 500 companies but one. These workers want a union. On Dec. 11, workers at Amazon’s new New York City warehouse announced a new organizing drive.