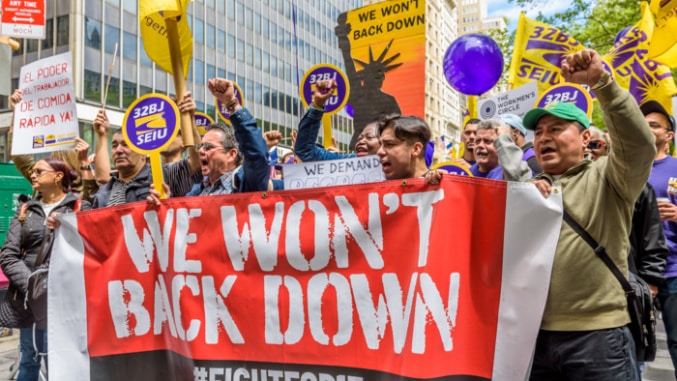 The Fight for $15 movement to raise minimum hourly wages led directly to a collective $68 billion raise for 22 million low-wage workers in both the public and private sectors.

That’s the conclusion of a new analysis published by the National Employment Law Project, which backs a higher minimum wage. “Of the $68 billion in additional income, the overwhelming share (70 percent, or $47 billion) is the result of $15 minimum wage laws that the Fight for $15 won in California, New York, Massachusetts, Flagstaff, Los Angeles, San Jose, San Francisco, the District of Columbia, Montgomery County, the Twin Cities, Seattle, and SeaTac over the past few years,” NELP researchers reported.

NELP further found that the $68 billion figure is “more than 14 times larger than the total raise under the last federal minimum wage increase, approved in 2007.”

Read more at For Low-Wage Workers, the Fight For 15 Movement Has Been a Boon