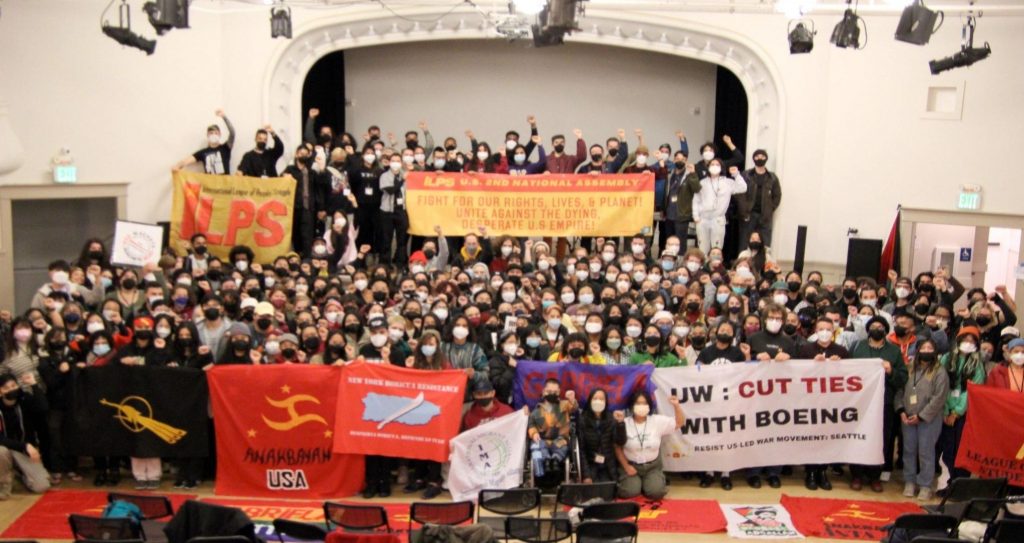 The 2nd National Assembly of the International League of Peoples’ Struggle (ILPS) was a success! From October 21-23 270 attendees from 122 organizations participated in a protest march, four plenaries, and 8 workshops; passed 12 resolutions, new country chapter by-laws, and an assembly declaration; approved 3 new member organizations; and elected a new Steering Committee. For those who participated, there’s still time to share your thoughts and assessments so we can continue to improve our work!

We opened the first two days with international greetings from ILPS formations around the globe and a keynote speaker from Kilusang Mayo Uno, Kara Taggaoa. With fierce militancy we took to the streets of Seattle, showing the strength of our forces in exposing the exploitative and oppressive business activities of multinational corporations in the Seattle area such as Boeing, Amazon, Google, Microsoft, and Starbucks, calling out in a united voice their superprofits at the expense of their struggling workers and their complicity in arming the US war machine. 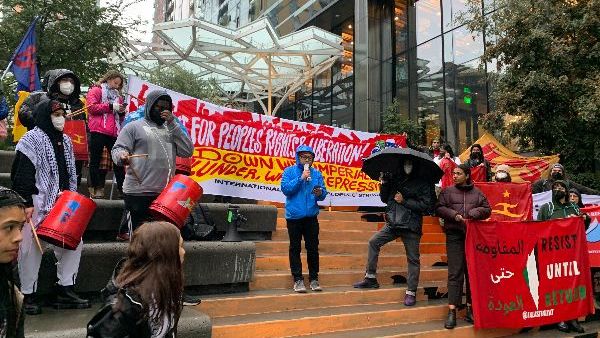 During the General Assembly we heard from the plenaries on the global people’s movements highlighting the challenges of workers organizing and the resurgent labor movement, the relationship between anti-colonial struggle and defense of land and the environment against imperialist plunder, organizing efforts against heightening political repression and surveillance, and the key role which struggles for women’s liberation and bodily autonomy play in this time of rising fascism.

As a major step in the development of the League and the growth of the anti-imperialist movement in this country, the business portion of this General Assembly resulted in the further development of our national structure with the passing of new bylaws and successful uniting on the following resolutions to guide our work in the coming period: 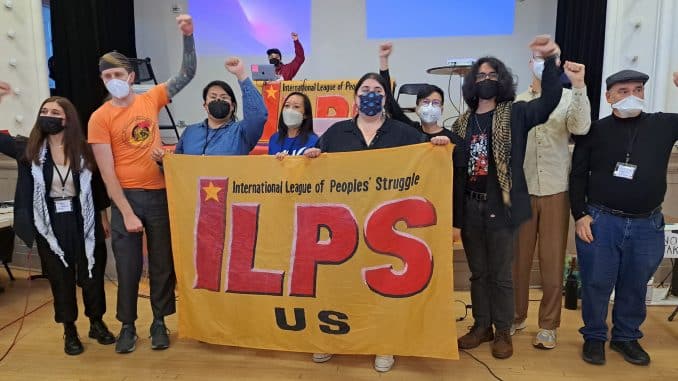 The final day of the Assembly concluded with the passing of a declaration that summarized the remarks made over the three days into a description of the current crisis of US imperialism and resolved to launch a national campaign against state repression with the calls to, “Defend freedom fighters, mass organizations and movements for peace and justice being targeted relentlessly by state forces through so-called “counter-terrorism” programs.  Stand with organized and unorganized communities alike as they experience brutalization in the workplace, in racially policed neighborhoods, in prisons and at the militarized borders.  Raise high the banner of the League and uphold the justness of all fights for national and social liberation!”

Finally, the Assembly members took part in a solidarity night with cultural performances from the many attending orgs to celebrate our commitment to continue to raise up the anti-imperialist struggle together.

The empire is desperate and dying – We Must Fight for our Rights, Lives, and Planet! Long Live International Solidarity!