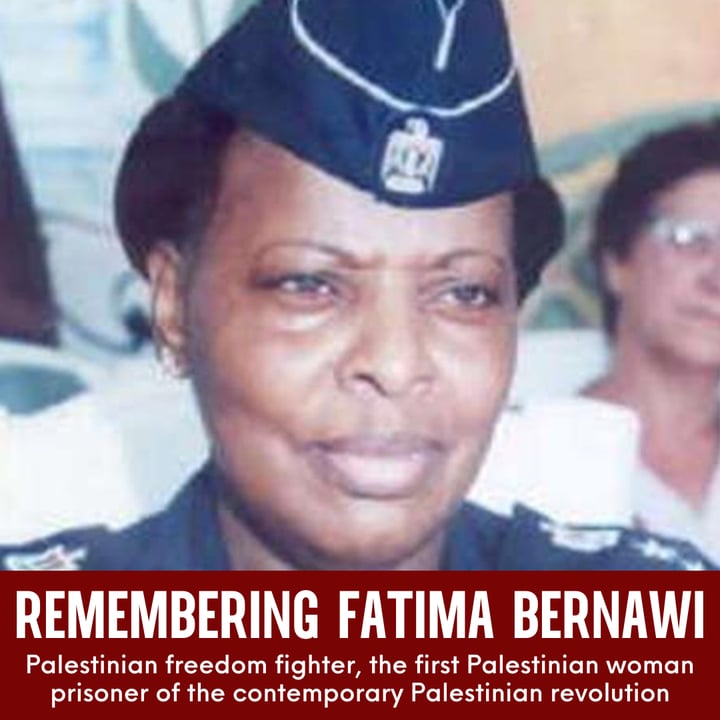 Bernawi was born in Jerusalem in 1939 to her Nigerian father and Palestinian mother. In 1948, she was forced to a refugee camp near Amman with her mother before returning to Jerusalem, where her father had remained, in 1960; they lived in the African quarter of Jerusalem. At the age of 9, Bernawi had earlier smuggled herself into Jerusalem to reunite with her father. Bernawi’s father had been an active participant in the 1936-39 revolution in Palestine and in the defense of Palestine during al-Nakba, and she became an early member of the newly formed Fateh movement.

Bernawi worked as a UNRWA nurse in Qalqilya during the 1967 occupation and saw firsthand the impacts of the Zionist onslaught on the West Bank of Palestine. She would later declare that she undertook armed struggle “because you destroyed Qalqilya,” in a statement to the interrogators who held her.

She was one of the first women to plan an armed operation in Palestine, the attempted bombing of a cinema screening a film celebrating the occupation of 1967 in Jerusalem; she and a fellow woman freedom fighter left behind a handbag containing an explosive. Although it was found before being detonated, she was seized by occupation forces on 19 October 1967 and became the first Palestinian woman political prisoner of the contemporary Palestinian revolution.

She was sentenced to 30 years in prison and was released on 11 November 1977 in a prisoner release agreement. She was exiled to Jordan and then Lebanon under the exchange terms, where she returned to the Palestinian revolution as a member of social organizations. She later returned to Gaza in 1994 and lived with her husband, fellow liberated prisoner Fawzi al-Nimr, who died last year. She and al-Nimr have lived in Cairo for the past several years. Al-Nimr, who had been a fighter with the Akkawi group that targeted specific Zionist military installations, served over 15 years in occupation prisons with his comrades, and he was freed in an exchange with the Palestinian resistance in May 1985.

Her sister, Enaam Bernawi, was jailed for one year alongside her sister. During Fatima Bernawi’s time in the occupation prisons, she was jailed with fellow Palestinian woman freedom fighter Zakia Shammout, who was pregnant and gave birth in her prison cell accompanied by her fellow women prisoners. As a trained nurse, Bernawi cut the umbilical cord and ensured the life and health of Shammout and her daughter, Nadia.

While Bernawi was the first Palestinian woman prisoner of the contemporary (post-1967) Palestinian revolution, she was always certain to cite fellow Palestinian women who had been jailed in the two decades of occupation prior, including many women detained, held in forced labor camps and subjected to harsh violence by occupation soldiers during the Nakba, as well as notable Palestinians like Ikhlas Ali, jailed for teaching children revolutionary songs in Palestine ’48, and Nayfeh Akilah, a member of Al-Ard group — one of the first Palestinian revolutionary organizations formed following the Nakba — accused of sharing military information about Zionist forces with the Syrian army in 1956.

One journalist who interviewed Bernawi recalled that she discussed a memorable interaction with Omar al-Qasim, the imprisoned leader of the Democratic Front for the Liberation of Palestine who is renowned for his role in sparking Palestinian armed resistance inside the occupied West Bank of Palestine as well as for his later leading role in the prisoners’ movement. Both she and al-Qasim were brought by occupation soldiers where several Palestinian resistance fighters were holding Zionist military trainees hostage, while prison guards demanded they use a megaphone to call on the fighters to let the soldiers go. Bernawi refused to speak through the megaphone at all, while al-Qasim took up the megaphone and instead called on the fighters to carry through with the orders of their leadership. Al-Qasim was beaten and dragged away by occupation forces; later, in 1989, he died in Israeli occupation prisons after lengthy medical neglect and following weeks of appeals by his family for his freedom.

Along with Dalal al-Mughrabi, Shadia Abu Ghazaleh, and Leila Khaled, Bernawi remained a symbol of Palestinian women’s steadfastness and commitment by all means to liberate their homeland from the river to the sea. In fact, Bernawi met Dalal al-Mughrabi before she led her commando operation to occupied Palestine, although she was not aware of the operation planned; al-Mughrabi told Bernawi, “I am going to the place you came from.” Bernawi understood the full meaning of al-Mughrabi’s words when she received news of the commando operation and her martyrdom.

Fellow freed prisoner Aisha Odeh saluted Bernawi in a Facebook post: “Goodbye Fatima Bernawi, daughter of Jerusalem and great fighter, the first to seek freedom and dignity and refuse defeat…she became a beacon for us, guiding us to the path of struggle,” Odeh wrote. 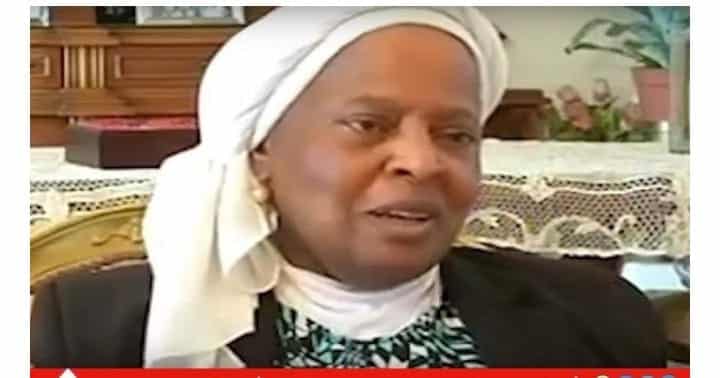