Of course, the reference to the order, be it the “old” or the “new”, has to do with the current global geopolitical reordering. The “old” is the one that emerged after World War II, hegemonized by the United States, particularly after the implosion of the Union of Soviet Socialist Republics (USSR). 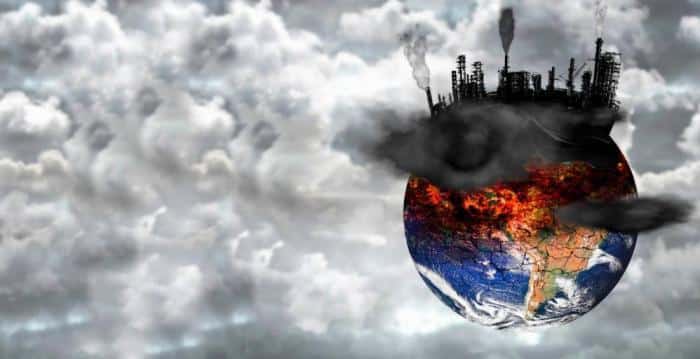 Of course, the reference to the order, be it the “old” or the “new”, has to do with the current global geopolitical reordering. The “old” is the one that emerged after World War II, hegemonized by the United States, particularly after the implosion of the Union of Soviet Socialist Republics (USSR); and the “new” one, the one that is beginning to become more than evident with the response of Russia to the provocations of the United States, the NATO and their allies that led to the beginning of the war in Ukraine.

It also has to do with China’s response to the provocations of the once undisputed hegemonic country, when it violated the agreement on the recognition of one China and made official visits to the Chinese territory of Taiwan, first by none other than the third in the U.S. hierarchy, and then, in a new provocation, by U.S. congressmen, with the implicit aim of breaking the 1979 agreement recognizing the existence of one China, which had then opened the doors to globalizing neo-liberalism.

And although the attempt to specify the date of the beginning of the end of the old order (including the end of the Cold War, neoliberalism, and globalization) and the beginning of the transition might be controversial, it would not seem to be unwise to place it in the 1990s, due to its symbolism, paradoxically coinciding with the implosion of the USSR. Moreover, and for different reasons, the no less thunderous implosion of Yugoslavia, which took place during the 1990s and culminated in the undeclared war – in violation of the UN Charter and all norms of international law – that ended with the NATO bombing in 1999, causing the death of thousands of civilians.

The beginning of the end could also be placed when, in the 21st century, the very suspicious and never clarified airplane attacks on the Twin Towers in New York, broadcast live, while the President of the country appeared calmly, reading a publication upside down, but ready to declare his readiness to attack the aggressors “in any dark corner of the world”.

There is no doubt that the 2003 invasion of Iraq and the lies to justify it, the enlargement of NATO to include former Soviet countries, the coup d’état in Ukraine and the increase of Nazi followers there, the response of Russia, benefited by the high oil prices as a result of that same war, the rapprochement of Russian and Chinese interests, Putin’s warning call in 2007 in the face of attempts by the United States to create a unipolar world, and the attempts of the same country to create a unipolar world, should also be considered signs of the breakdown of the old order – and of the attempts to maintain it. The US attempts to create a unipolar world with the announcements of the creation of an anti-missile shield, supposedly aimed at protecting Europe from possible attacks by North Korea and Iran; the violation of the Minsk agreements, and the return and accession of Crimea to Russia.

And all at the same time as China was undergoing an unstoppable and accelerated economic and scientific and technological development within the framework of globalization. The result of what has been briefly outlined so far is the strengthening of ties between China and Russia, much feared by the renowned American political scientist Henry Kissinger, aware that the USA will not be able to wage a war on two fronts.

It is necessary to recall the above. It was the context in which the world is “de-globalizing” or, as others point out, in which globalization is “becoming regional,” which makes it necessary to inquire into the causes that determine the return to a “new” Cold War (regardless of ideologies) and because, as UN Secretary-General António Guterres has pointed out, the prospect of a nuclear war is now within the realm of possibility, which puts us on the brink of extermination.

The decline of US hegemony and its “rules-based order”, which has made it dysfunctional, as well as the so-called “representative democracy”, which represents the interests of big capital and the oligarchs, and not those of the peoples, is a well-known story; nor shall we refer to the non-existent “economic liberalism”, manipulated by the big transnationals, which makes the States impose “sanctions” that turn it into a fallacy.

Let us stop on the present and, as far as possible, on the immediate future, and on the two aspects we consider most important.

The first has to do with the economy, for its capacity to reflect the whole. The first possible thing to observe is the decrease in the participation of the “West” in the generation of the global gross product (although the United States maintains its participation and continues to be the world’s leading economic power, a situation which, barring a catastrophe, it will maintain until the end of the present decade).

At the same time and because of the above, the increase in the participation of the so-called emerging countries, particularly the BRICS and among them China (which, if a cataclysm does not occur, would surpass the US economy before the end of the present decade). And all this has been accelerated by the war in Ukraine and the sanctions promoted by the U.S., NATO, and the European Union, which have aggravated the aforementioned situation and the inclusion of new members to the BRICS. The shift of the global geopolitical axis towards the Asia-Pacific region is irreversible.

Second in importance is military capability. The vast majority of what can be read on the subject (the Global Firepower 2022 index is an example) combines more than 50 indicators including army size, number of tanks, ships, aircraft, financing, and places the USA in first place, Russia in second and China in third.

To this should be added what Vladimir Putin said in his speech at the opening of the Army2022 defense exhibition: “Russian weapons are years and decades ahead of their foreign counterparts, being far superior in their tactical and technical characteristics,” and the latest demonstrations of their efficiency seem to confirm his words.

The U.S. adventure against Taiwan is not just the individual trip of an irresponsible politician, but part of a conscious and determined movement that seeks to destabilize and bring chaos to that region of the world.

The above seems to be confirmed in the Bloomberg article of August 9, on the “war games,” which simulate the actions that would take place in a possible confrontation between the United States and China over Taiwan, and its grim consequences. Although the exercise itself is scheduled to end in December, suffice it to quote an excerpt from that article: “The results show that, in most but not all scenarios, Taiwan can repel an invasion. However, the cost will be very high for Taiwan’s infrastructure and economy and for U.S. forces in the Pacific.”

Even without considering the human losses of the disaster, some latest data show what it would mean immediately: Taiwan today produces 90% of the world’s advanced semiconductor chips; mainland China produces 40% and by 2025 is expected to produce 70% of semiconductors.

The summary so far is not very pleasant, and even more so if additional data is added, as the USA and the “West”, at best, try to divide the world into opposing blocs and, at worst, to provoke a global confrontation.

The confrontations increasingly impact more nations, which include more and more regional powers such as Turkey and Iran, but also Australia, India or Japan. Ukraine’s proxy war may spread to other European countries such as Serbia, Kosovo, Moldova, Lithuania and Estonia.

Ukraine is getting closer and closer to triggering a nuclear disaster in Europe with the bombing of the largest atomic power plant in the region. If one looks at the possible countries affected, one could say that they are expendable for the “West” and therefore permissible. If this is unacceptable and unheard of, it would be enough to recall Harry S. Truman and Hiroshima and Nagasaki.

Undoubtedly, the non-compliance with the Minsk Agreements and NATO’s approach to Russia to force it to carry out the “unprovoked and unjustified attack” on Ukraine and the visit, first by Nancy Pelosi and then by other members of the U.S. Congress to Taiwan, were moves that started a very dangerous game that Biden, the United States and its acolytes decided to play on the “world chessboard” while disregarding logic and recommendations. Forced to cross the Rubicon, Putin and Russia responded with the “special military operation” and Xi Jinping with the warning that “whoever plays with fire will get burned.” Let us hope that the instinct of conservation is stronger than the lust for power and wealth of those who started the game.