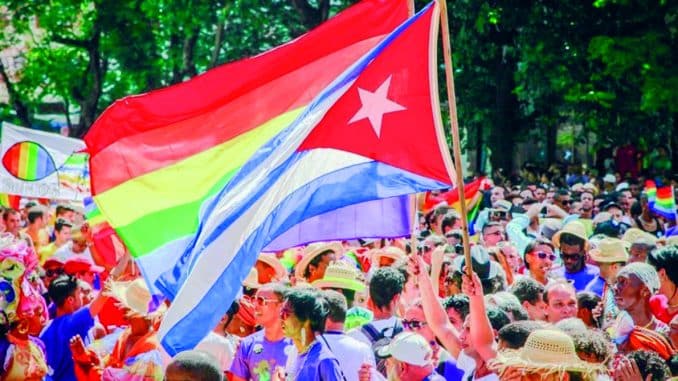 In September, Serena Brennerman, a 16-year-old white trans woman, was found drowned in Salem, Oregon. Serena’s death was ruled a suicide by the police. But her friends and community don’t believe it. She was physically harassed by bigots in her school for a long time. Some of this violence was even captured on video. Whether Serena was murdered or took her own life, she was a victim of the trans panic being pushed by the rich and powerful and embraced by violent neo-Nazis and TERFs.

There’s no ambiguity about the murders of Semaj Billingslea, a Black trans man, who was shot to death in Jacksonville, Florida, on Sept. 21, or Mya Allen, a Black trans woman, who was murdered on Aug. 29 in Milwaukee. Nearly three dozen trans people have been killed so far this year, most of them people of color, and that’s only counting those who were correctly gendered and identified.

There’s a war against trans, nonbinary, and gender nonconforming people in this country. It’s not new. But it has escalated to unprecedented heights in the last year and is spilling over into the whole LGBTQ2S community and those who support us.

Doctors and children’s hospitals are threatened with bombings. Neo-Nazis shut down drag events, often aided by local cops. Parents are threatened with prosecution for supporting their trans kids. We are increasingly threatened and accosted on the street, in stores, on public transportation, with slurs and threats.

What are the supposed friends of the LGBTQ+ community in Washington doing to stop this? Not a damn thing. They tell us to vote for them, the way they told women to vote for them before standing aside and letting abortion rights be stripped away. Meanwhile, alleged progressives like Hillary Clinton and the New York Times are spouting TERF rhetoric and dismissing trans rights.

The Biden administration and Congress have made it crystal clear that their priority is funding wars for empire on the other side of the world, not protecting the rights of people here.

It’s painful to watch. But we are not powerless.

On Sept. 25 something incredibly important happened just 90 miles from U.S. shores. After three years of democratic discussion and education at all levels of society, the people of socialist Cuba voted by a two-thirds margin for a new Code of Families. It enshrines in law the rights of queers, trans people and women in marriage and adoption. It changes the fundamental relationship between parents and children to one based on responsibilities and rights. It elevates chosen families to the same status as blood families. It embraces the rights that are being stripped away from us or that we never had at all.

In the U.S. media this was reduced to a vote for gay marriage. The Washington Post, Fox News, CNN and the rest don’t want people in this country to know what Cuba’s Code of Families is, or how it was achieved. They especially don’t want the trans and LGBTQ+ community to know, because people here might realize that we need to fight for what Cuba has: free health care, including gender-affirming care, free education, including comprehensive sex education, the right to housing and work and dignity for all.

There’s an old liberal saying from the 1960s that those who make reform impossible make revolution inevitable. Today’s liberals don’t mention that much, because it’s a damning indictment of their own inaction and complacency.

Cuba made a revolution to get out from under the thumb of the U.S. empire. Washington has been punishing Cuba ever since. Cuba has been subject to a 60-year economic blockade on trade, medicine, food and more. Trump tightened the blockade and Biden has kept his hateful measures in place despite the pandemic and climate collapse.

One of the most hateful and destructive policies of the U.S. empire is using the rights of trans people, LGBTQ+ people and women as an excuse to attack other countries around the world in its wars for profit. It’s so obvious right now, as our own limited rights are being viciously stripped away.

We need to rely on ourselves, not corporate-sponsored politicians, to fight for our rights. We need to build alliances with other people here and around the world who are fighting for their rights and against the U.S. empire. Trans people who are on the front line of so much abuse and bigotry can play a leading role in building a revolutionary movement here. Just look at how trans and other queer workers at Starbucks and Amazon have become an incredible force for organizing unions.

Bigots say get back, we say fight back! Protect trans kids! Unblock Cuba!