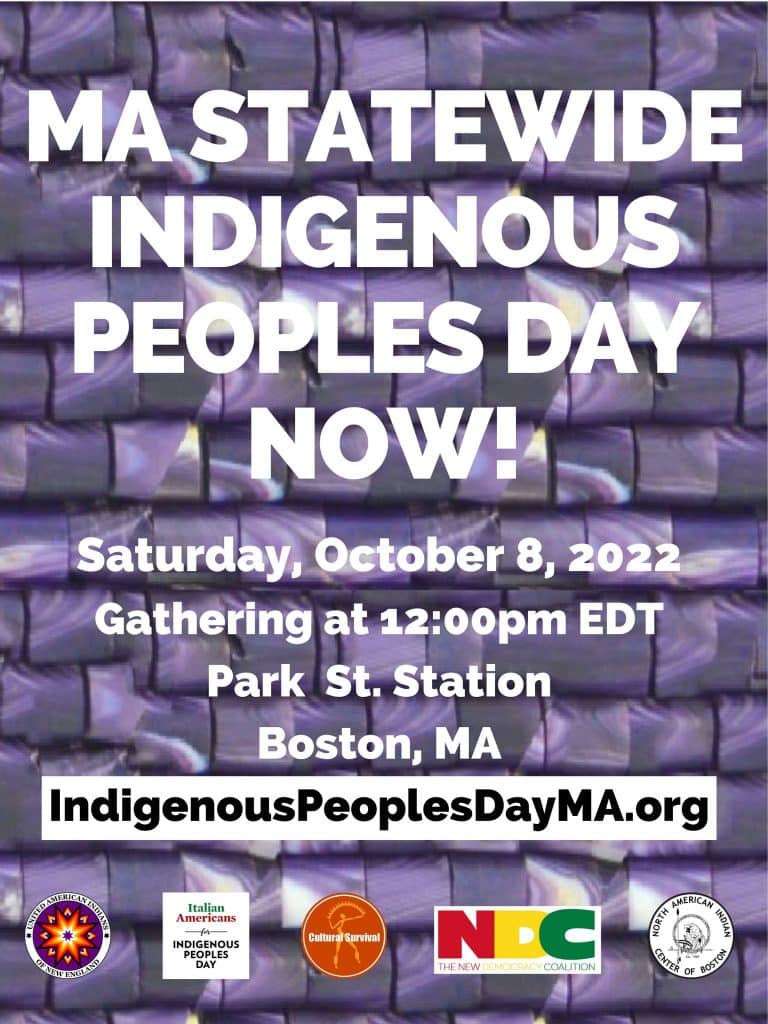 Indigenous Peoples Day recognizes and celebrates the heritage of Native Americans and the history of their Nations. Honoring Columbus Day celebrates a legacy of genocide and perpetuates ongoing racism and neocolonialism towards Indigenous peoples. Columbus did not discover the Americas; you can’t “discover” lands that are already inhabited. The historical record needs to be set straight in order to respect the culture, language and traditional lifestyles of the Indigenous ancestors who existed long before Columbus’ voyage.

Many American cities and states have already legally abolished Columbus Day and recognized Indigenous Peoples Day in its place. Enacting an officially recognized Indigenous Peoples Day would shed light on the disproportionately higher rates of poverty, unemployment, and incarceration experienced by Native Americans, as well as the lack of sufficient federal funding for education and health care on reservations. The various cultures and histories of Indigenous people within the United States are often reduced to harmful stereotypes, offensive mascots, or virtual erasure. A national holiday can be an opportunity for both education and celebration.

Massachusetts has long considered itself a beacon of progress for the United States as a whole, and needs to stop clinging to the concept of Columbus as a hero. For Massachusetts to become a truly progressive, inclusive, diverse and equitable state, Columbus Day needs to be abolished and replaced by Indigenous Peoples Day.