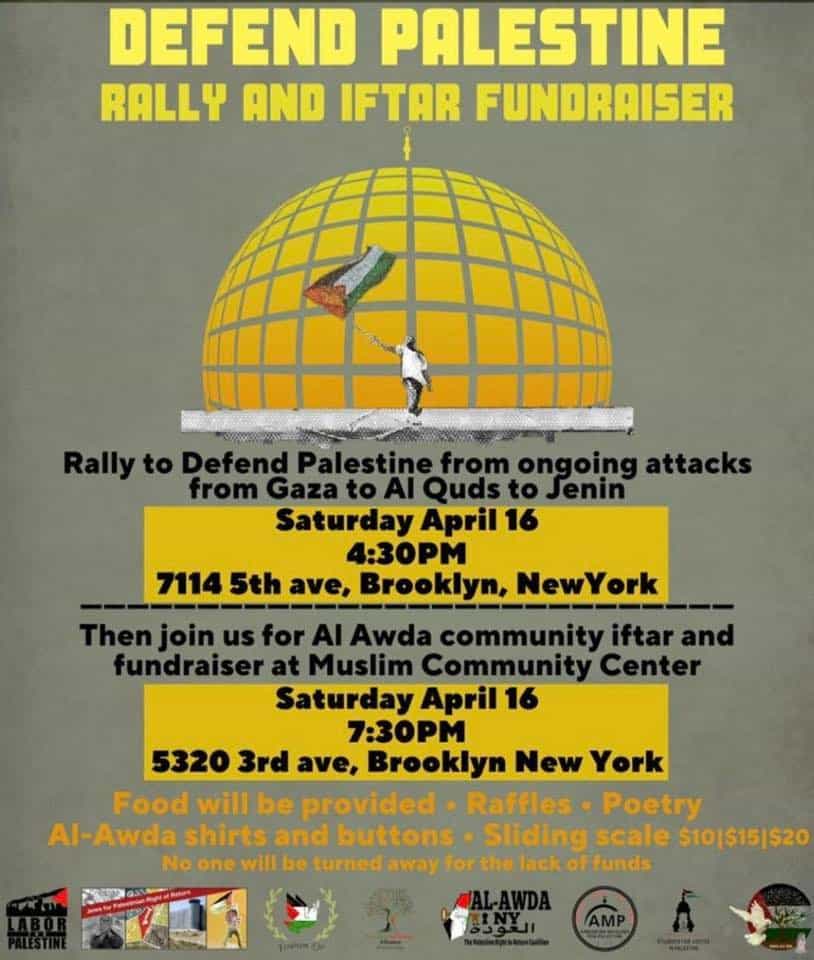 Join us on Saturday, April 16th at 4:30PM as we gather in the heart of the Palestinian Community, Bay Ridge, to defend Al-Aqsa, Bab Al-Amoud, Jerusalem, Jenin, Sheikh Jarrah, Silwan, & every inch of Palestine.

In this holy month of Ramadan, the zionist occupation forces arrested countless of Palestinians & have attacked many villages and homes across Palestine. The occupation forces have also targeted worshippers and Palestinians celebrating Ramadan in Bab Al-Amoud and Al-Quds. Far-Right zionist politicians & settlers also plan to storm Al-Aqsa Mosque this upcoming week. Therefore, it’s crucially important to hit the streets to Defend Al-Aqsa, & demand an end to the occupation & settler colonialism.

We are also here to demand the freedom of all Palestinian Prisoners including Ahmad Manasrah who has been tortured by the occupation forces. Ahmad has suffered physical and mental torture for the past 7 years, since he was 13 years old. These are the horrific war crimes committed by the IOF on a daily basis In Palestine. Since 2022, more than 30+ Palestinians were martyred for simply being Palestinian & resisting for their liberation. This number is increasing as more Palestinians are being murdered by the IOF on a daily basis. Just as Palestinians resist back home, we must show solidarity & resist with them.
Join us on April 16, iftar will be served after the rally.