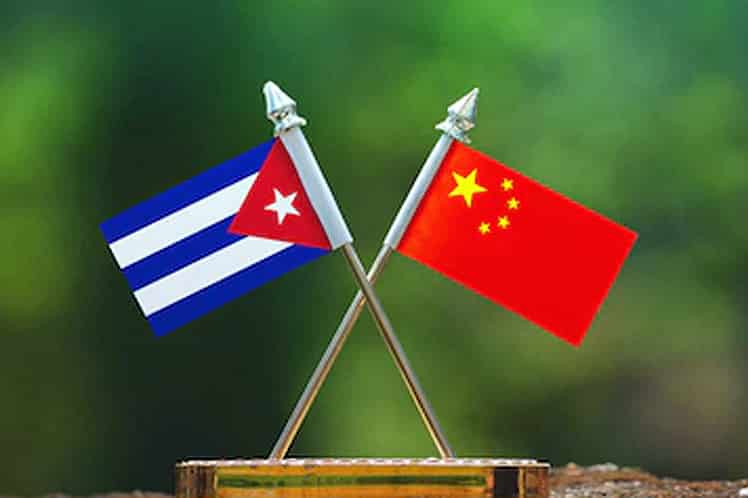 Cuba it should be remembered was the first Latin American country to establish diplomatic relations with China back in 1960. Sixty-one years after that union, both nations continue to collaborate with each other in the fight against hegemonism and unilateralism, the use of force, and violation of international laws.

Today, the two countries have a new reason for rapprochement; the Chinese project of the Belt and Road, which once again unites the island with the Asian giant, this time to further strengthen trade ties and boost the economic development of the Greater Antilles.

“This is the initiative of the future. It has great prospects, not only for Cuba but for all the countries that are part of it,” the island’s Vice President of the Council of State Gladys Bejerano said as early as 2019 when the Cuban government was amid dialogues for its incorporation into the Chinese initiative.

And the official was not wrong. This week, two years later, the island’s Ministry of Foreign Affairs announced Cuba’s insertion into the Energy Alliance, one of the initiatives promoted by the Belt and Road that seeks to build an international mega-platform for cooperation and exchanges under the principle of mutual gain.

So dreamed President Miguel Díaz-Canel during his visit to China in November 2018, when Cuba signed a Memorandum of Understanding for the cooperation within the framework of the Silk Road Economic Belt and 21st Century Maritime Silk Road initiative.

The project, which circumvents distances and brings cultures closer, allows peoples from both nations to interconnect and help each other achieve mutual development in an environment away from the neo liberal and aggressive policy of the United States.

Cuba-China cooperation with has been historically based on commercial reciprocity and respect in its political and commercial relations. This is a new step, the most important one, as it includes local development and greater efforts to achieve a sustainable and environmentally friendly future.

“Thanks to the Belt and Road, we will promote green energy and inclusive access to energy services,” Pereira explained, adding that the island is one of the 29 nations that make up the project.

From Havana, Cuban Minister of Energy Liván Arronte stressed that the country’s arrival in the alliance occurred at a crucial moment for the island, besieged for almost six decades by the draconian economic blockade, which intensified amid the COVID-19 pandemic.

“At a time when the United States is trying to isolate Cuba from the rest of the world, there are projects such as the Belt and Road showing us that the island is not alone, that our local development is not a chimera, and that we can move forward without harming the environment,” Arronte explained.

The essence of this development shows that mutually beneficial projects hold the possibility of a future world made up of interconnecting countries built on trust and cooperation.  The people of the world have had to suffer way too long from the devastation of the neo liberal model that operates with one country hording and gaining in wealth and domination while other countries get pushed into ever deeper poverty and submission.