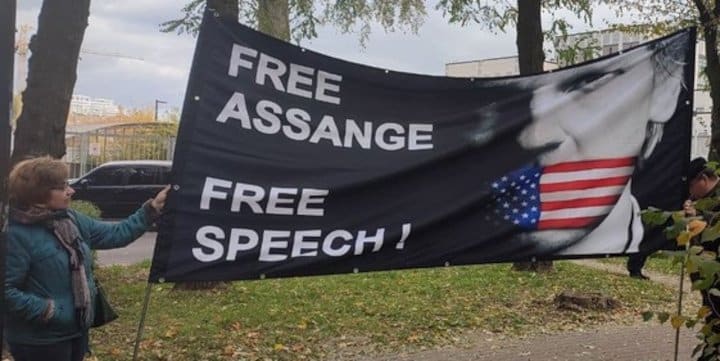 President Zelensky promised to plant a billion trees in Ukraine. The “servant of the people” lied to the people, as he always does. He has not yet planted any new trees or corrupt rulers. But we, the activists of the Red Association [Червоні], together with representatives of other left-wing organizations, decided to help him fulfill at least one of his promises.

We planted trees — the Alley of Freedom of Speech named after Taras Protsyuk.

Taras was known as a wonderful person, a participant of the student movement and a journalist who objectively covered the “Ukraine without Kuchma” action and events in hot spots around the world. He was killed during the armed aggression against Iraq, along with his Spanish counterpart Jose Couso. A U.S. tank fired on a hotel in Baghdad where these reporters worked. Even though the U.S. Armed Forces Command knew that there were representatives of the international media in the building.

The investigation lasted for years, but no one was punished for this crime — one of the many war crimes in the Middle East, which were later exposed to the world by Julian Assange, Edward Snowden, Chelsea Manning. And now they are trying to forget about Taras Protsyuk as fast as possible. Best not to let these memories upset the “strategic partners” from Washington, who recently made another unfortunate mistake while fleeing from Kabul, and fired a missile at Afghan civilians.

However, nowadays it is difficult to surprise Ukrainians with stories about the death of journalists. In recent years, such tragedies have become commonplace. However, their causes are usually not investigated — even in the most high-profile cases. And the killers themselves are not punished, despite the fact that law enforcement officers named them — as was the case with the murders of Oles Buzyna and Pavel Sheremet. 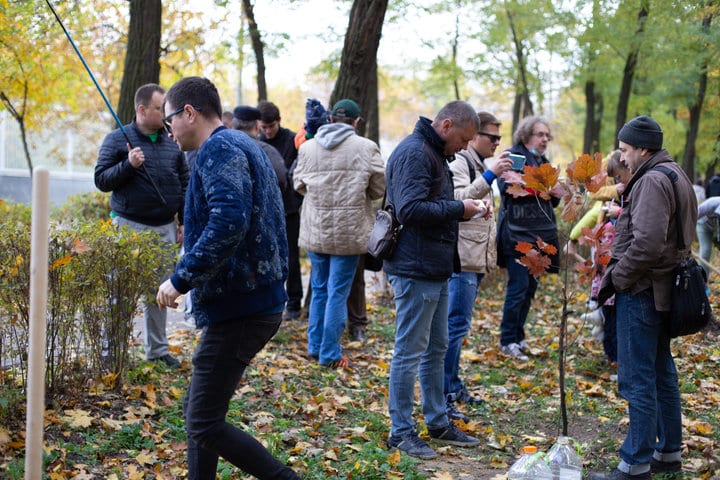 We recall the names of media workers who died in Ukraine. We want to perpetuate their memory with the trees planted on the Alley of Freedom of Speech, so that it lives for future generations of Ukrainians. And we demand a swift and fair investigation of these crimes.

We also want to recall publications killed by censorship — illegally closed TV channels and blocked Internet sites that have fallen victim to shameful political censorship. Their closure should also be considered a crime against Ukrainians, as political censorship is prohibited in Ukraine, and the Constitution guarantees citizens the right to freely disseminate information.

In fact, the country no longer has freedom of speech. Opposition outlets are destroyed by extrajudicial sanctions by the National Security and Defense Council of Ukraine, and disloyal journalists are persecuted with impunity, intimidated, beaten, thrown in jail, and forced into political emigration. This situation is absolutely unacceptable, and we have recalled this by planting our trees — the sprouts of a free future that Ukraine deserves.

Why did we plant them near the U.S. Embassy in Kiev? Not just because Taras Protsyuk was once hit by a shell from an American tank.

We understand that this building is the source of power in modern Ukraine, which has fallen into colonial dependence on external forces and influences.

That is why there is a war going on in our homeland; they are trying to draw it into the NATO military bloc and tighten the noose around our necks with the debt that our children and grandchildren will have to pay.

That is why Ukraine has become a global training center for far-right movements. This is now recognized even in America, because the U.S. Department of Justice together with the FBI is investigating the war crimes of American Nazis committed in Donbass against peaceful Ukrainian citizens.

Therefore, we call on U.S. diplomats to respond to the mass systemic violations of freedom of speech that are taking place in our country with the tacit consent of the U.S. State Department. Because if there is such a reaction, it will definitely be heard in Zelensky’s office.

And then, perhaps, trees will be planted in Ukraine, not journalists.