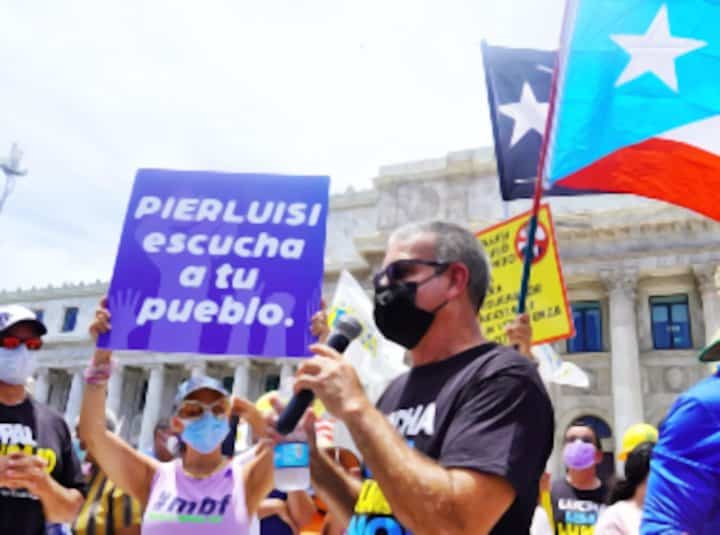 In partnership with Public Services International, a Global Union Federation of more than 700 trade unions representing 30 million workers in 154 countries and UTIER. The workers of the Union of the Electricity and Irrigation Industry of Puerto Rico unite to work for and in defense of our common interests and rights and those of the entire working class and our people. That is why we believe in energy as a right of humanity — and not a commodity.

The governor of Puerto Rico is using the privatisation of Puerto Rico’s electrical grid to break UTIER, the island’s oldest and largest independent union, which has represented electrical system workers for more than 79 years. The government transferred operation of the island’s grid over to the private company LUMA Energy starting on June 1st. LUMA did not recognize UTIER’s collective bargaining agreement and more than 3,000 electrical workers went on strike, refusing to work for LUMA. The governor implemented the contract over the objections of the workers and, as a result, LUMA does not have enough trained employees to properly operate the grid, putting the entire island at risk. Thousands of skilled electrical workers were transferred to unrelated government jobs in agencies that don’t have the money to pay for their salaries or benefits.

Demand that the governor of Puerto Rico recognize the rights of the island’s electrical workers and restore their jobs in the electrical system!

Watch the video (in Spanish)

You can help! Go to ‘Send Message’