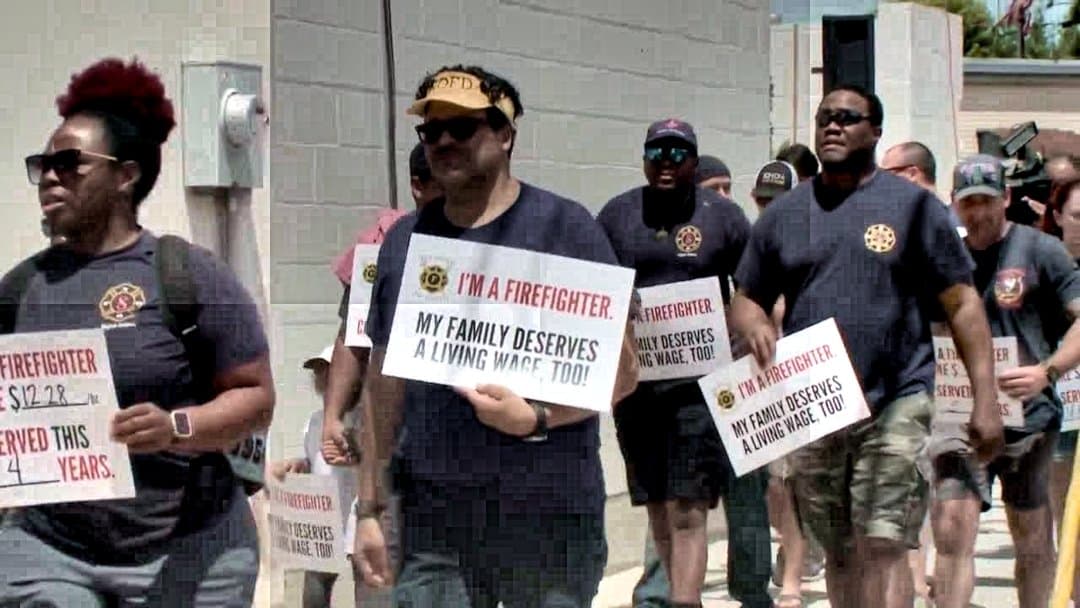 On July 1, the New Orleans Firefighters Association led a march downtown. In the heat of the day, they set out from Fire Station 14 to City Hall, where they entered the City Council chambers and forced a vote in favor of a pay raise for firefighters. The contingent was made up of firefighters of different nationalities and genders, all united behind the union’s demands for increased pay and better working conditions.

When they entered the chambers, the council was voting on a resolution to raise pay for city contract workers to $13.25 per hour by 2022, and to $15 per hour by 2023. This pay increase falls far short of what is needed, but it is a concession resulting from workers’ struggles across the country.

Firefighters Association President Aaron Mishler was clear that the union supports this measure 100%, because the workers who create all the wealth of society deserve to thrive. But he said that firefighters and other city employees need a raise just like the contract workers.

Firefighter Sean Thomas spoke before the council: “I work three other jobs. I only see my 2-year-old son once a week for about an hour while he’s awake.”

Thomas’ story is not unique. The union has been battling City Hall for years because of low pay and dangerous understaffing. Between 2010 and 2020, staffing decreased by 25%, while the number of calls went up 150%. Frequently, they are forced to send out trucks with only two firefighters.

On April 4, the Firefighters Association posted on Facebook, “We’re at 75% capacity on our best days.” This is dangerous for the whole city.

The fight may not be over, but this is a major victory for the city’s firefighters, who have been organizing for so long.