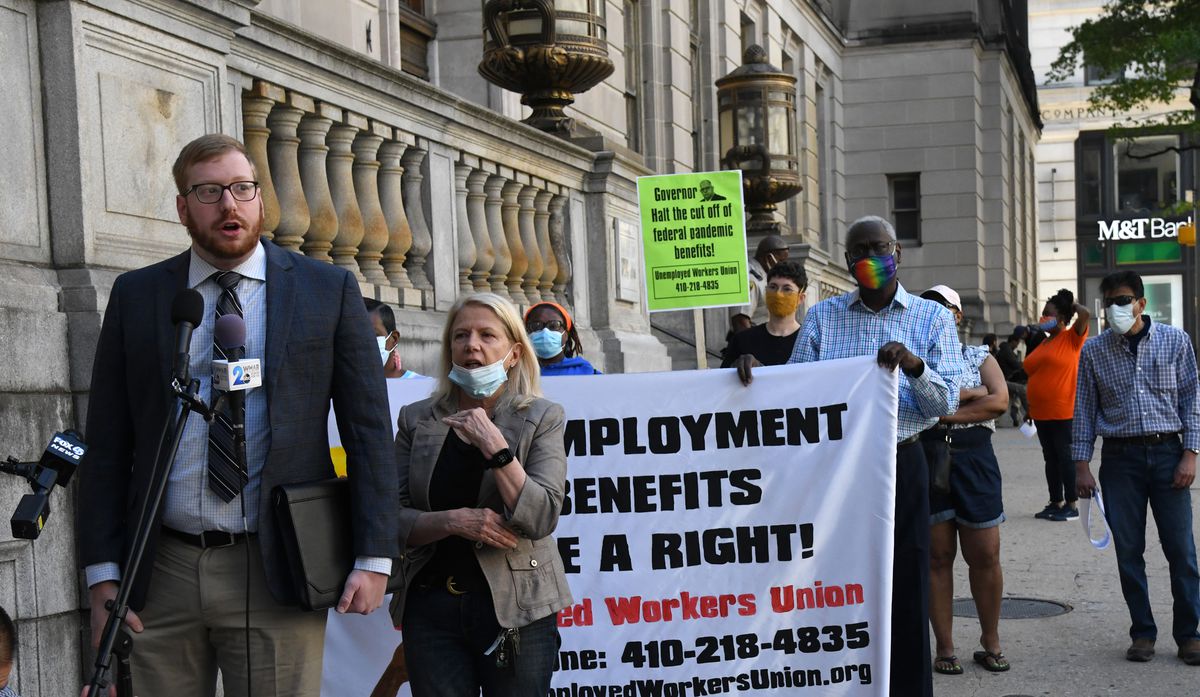 Many claimants have been disqualified from benefits “without explanation or hearing” or “were placed in an ‘on-hold’ status for months at a time or indefinitely,” the lawsuit charges.

“The stories we have heard from people who have not received a dime — a dime — over the past year are beyond harrowing,” attorney Alec Summerfield said at a press conference in Baltimore before heading into the courthouse to file the lawsuit. “People who worked for decades now cannot afford to put food on the table. This is a disgrace.”