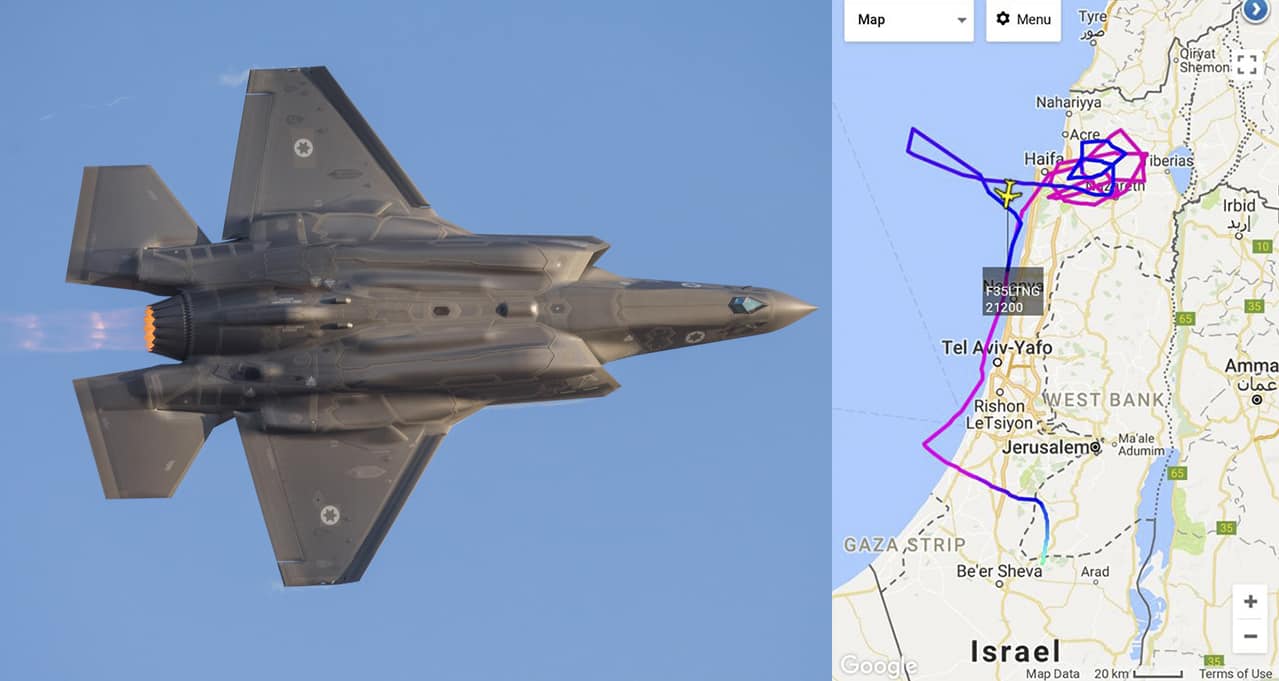 The United States, which has four ammunition warehouse bases in Israel, also provides it with a large arsenal. Israel, which already has one of the most powerful Air forces in the world, is now testing F-35s in combat against the Palestinians.

Rome, Italy, May 20 — Israeli Forces spokesman Zilberman announced the start of the bombing of Gaza, specifying that “80 fighters are taking part in the operation, including the advanced F-35s” (The Times of Israel, May 11, 2021). It is officially the baptism of fire for the U.S. Lockheed Martin’s fifth-generation fighter, whose production Italy also participates in as a second-level partner.

Israel has already received twenty-seven F-35s from the U.S., and last February decided to buy no longer fifty F-35s but seventy-five. To this end the government has decreed a further allocation of 9 billion dollars: 7 were granted by a U.S. to Israel free military “aid” of 28 billion, 2 were granted as a loan by the U.S. Citibank.

While Israeli F-35 pilots were being trained by the U.S. Air Force in Arizona and Israel, the U.S. Army Engineers built in Israel special hardened hangars for the F-35s, suitable for both fighters’ maximum protection on the ground, and their rapid take-off on attack. At the same time, the Israeli military industries (Israel Aerospace and Elbit Systems) in close coordination with Lockheed Martin enhance the fighter renamed “Adir” (Powerful): above all its ability to penetrate enemy defenses and its range of action which was nearly doubled.

These capabilities are certainly not necessary to attack Gaza. Why then are the most advanced fifth-generation fighters used against Palestinians? Because it serves to test F-35s fighters and their pilots in real war action using Gaza homes as targets on a firing range. It does not matter if in the target houses there are entire families.

The F-35s, added to the hundreds of fighter-bombers already supplied by the U.S. to Israel. are designed for nuclear attack particularly with the new B61-12 bomb. The United States will shortly deploy these nuclear bombs in Italy and other European countries, and will also provide them to Israel, the only nuclear power in the Middle East with an arsenal estimated at 100-400 nuclear weapons. If Israel doubles the range of F-35 fighters and is about to receive eight Boeing Pegasus tankers from the U.S. for refueling the F-35s in flight, it is because it is preparing to launch an attack, even nuclear, against Iran.

The Israeli nuclear forces are integrated into the NATO electronic system within the “Individual cooperation program” framework with Israel. Although not a member of the Alliance, Israel is integrated with a permanent mission in the NATO headquarters in Brussels. In the same framework, Germany supplied Israel with six Dolphin submarines. modified for launching nuclear missiles (as Der Spiegel documented in 2012).

Italy’s military cooperation with Israel has become a law of the Republic (Law No. 94 of May 17, 2005). This law establishes comprehensive cooperation, both between armed forces and military industries, including activities that remain secret because they are subject to the “Security Agreement” between the two parties.

Israel has supplied Italy with the Opsat-3000 satellite, which transmits very high-resolution images for military operations in distant war theaters. The satellite is connected to three centers in Italy and, at the same time, to a fourth center in Israel, as a proof of the increasingly close strategic collaboration between the two countries.

Italy supplied Israel with thirty Leonardo Aermacchi fighters for pilot training. Now it can provide Israel with a new version of the M-346 FA (Fighter Attack), which — Leonardo Industry specified — serves at the same time for training and for “ground attack missions with 500-pound drop ammunition, and precision-guided ammunitions capable of increasing the number of targets to hit at the same time “. The new version of the fighter — Leonardo Industry underlined — is particularly suitable for “missions in urban areas,” where heavy fighters “are often used in low-paying missions with high operating costs”. The ideal for the next Israeli bombings of Gaza, which can be carried out with “a cost per flight hour that is reduced by up to 80%”, and will be very “cost-effective,” that is, they will kill many more Palestinians.