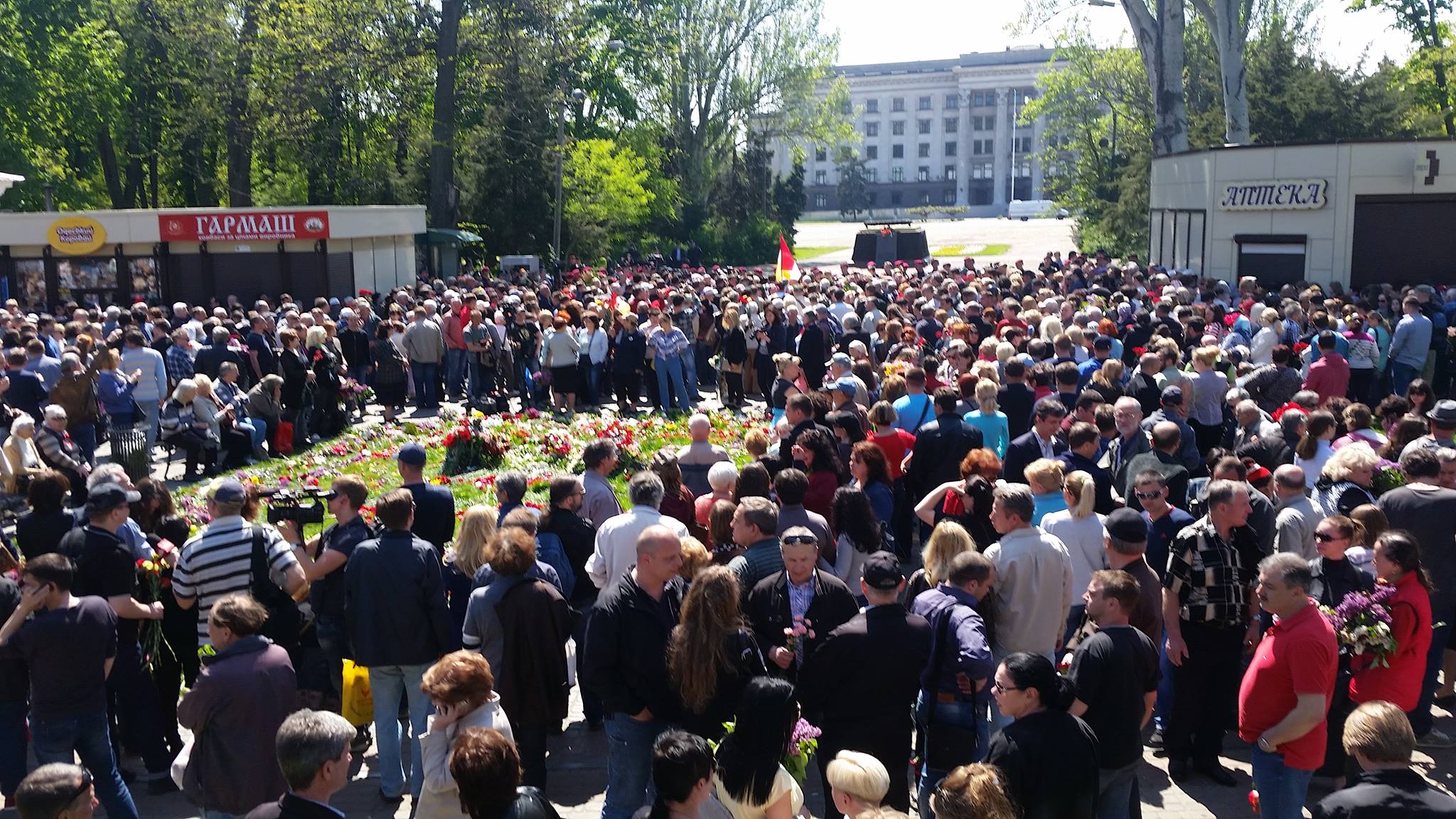 On May 2, 2021, the Odessa Solidarity Campaign will hold a vigil from 2-3 pm outside the Federal Courthouse at 701 E. Broad St. in downtown Richmond, Virginia. And we are appealing to all progressive organizations everywhere to hold similar events on May 2, or to raise the issues listed below at International Workers Day events on May 1.
REASONS FOR THE VIGIL:
May 2, 2021, marks the seventh anniversary of the Odessa Massacre, when a massive mob led by openly fascist organizations murdered scores of people at the House of Trade Unions in Odessa, Ukraine.
In February of that year, a right-wing coup backed by the U.S. government overthrew the elected president of Ukraine, unleashing neo-Nazi organizations against anyone thought to oppose the coup.
In Odessa, a multi-ethnic city on the Black Sea, progressives had gathered outside the House of Trade Unions on Kulikovo square and were gathering signatures on a petition demanding that the Odessa province have the right to elect its own governor, rather than be appointed by the now-right-wing central government.
On May 2, they were attacked by a fascist-led mob and retreated into the five-story trade union building, which the mob then set on fire. At least 42 people died from the flames, smoke inhalation or from being beaten to death after jumping from the building’s windows to escape the fire.
To date, not one person has been convicted of participating in the massacre, even though there are scores of cellphone videos of the events. (Just google “May 2, 2014, Odessa.”)
Further, the Ukrainian government has never allowed an independent international investigation of the tragedy.
Meanwhile, the U.S. government continues to support both the Ukrainian government and the neo-Nazi organizations.
Each year on May 2, despite the threat of attacks by the fascists, Odessans gather at the site of the massacre to pay their respects to those who died there. (See the photo on this page.) And each year anti-fascist organizations throughout the world hold local actions to show their support and to press the Odessans’ demand for an international investigation.
In solidarity with the heroic anti-fascist people of Ukraine, we demand the following:
1 – An independent international investigation of the Odessa Massacre of May 2, 2014.
2 – An end to support by the governments of the United States and other Western powers for the neo-Nazi organizations such as Right Sector, Svoboda Party, C-14 militias and the Azov Battalion.
3 – An end to military support for the Ukrainian government in its war on the people of Donbass, who refuse to be dominated by the right-wing government.
For more information on the Odessa Massacre, see: https://odessasolidaritycampaign.org.
The ODESSA SOLIDARITY CAMPAIGN is a project of the Virginia Defenders for Freedom, Justice & Equality
PO Box 23202
Richmond, VA 23223 – USA
Phone/Text:
+1-804-644-5834
Email: DefendersFJE@hotmail.com
Join the Struggle-La Lucha Telegram channel