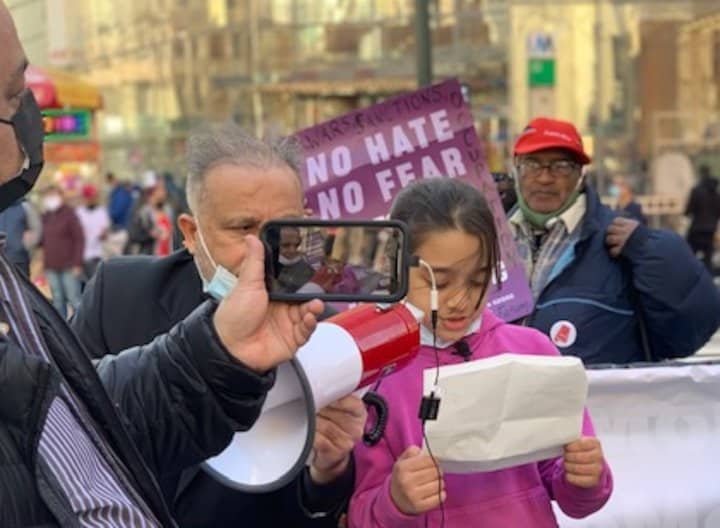 Chants of “No more bombing, no more sanctions, no more regime change, no more war!” rang out in New York’s Times Square March 21, on the 18th anniversary of the U.S. invasion of Iraq. The protest, which marched to Herald Square, was called by Americans of Pakistani Heritage (AOPH).

Imam Dr. Sakhawat Hussain Sandralvi and Imam Shamsi Ali addressed the rally, which was emceed by Ali Mirza of AOPH. Two young speakers, Serene Ali Mirza, 8, and Jahanay Abidi, 10, spoke of the suffering of children in Iraq, Syria and Yemen and called for an end to war and sanctions.