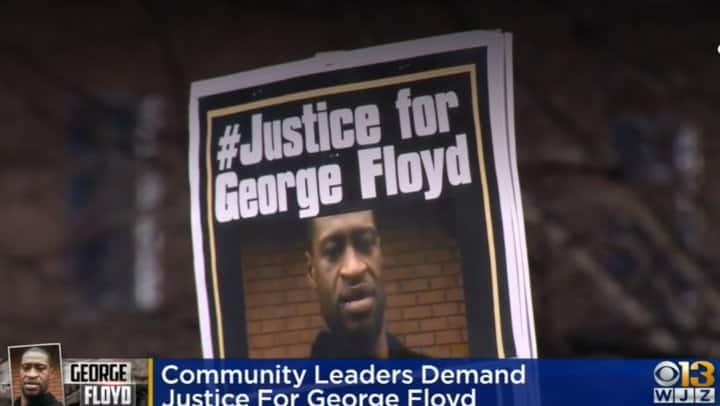 Message from Andrew Concon of Maylaya Movement (Baltimore) at the March 7 Baltimore “Justice for George Floyd” rally, part of the National Alliance Against Racist and Political Repression day of action.

Today I’m representing the Malaya Movement (Baltimore), but I’m going to say this as an individual. And I don’t know how you all feel, but I hope Derek Chauvin rots in jail. I hope every person in that jail, every imprisoned person, knows that he is a murderer cop. And what they decide to do after that — I’m not saying anything. But I hope he rots in jail.

The reason this is so important is because it’s a historic moment, not just for Minnesota, but for the entire United States. This is the first time a Minnesota cop has been taken to court for murdering someone. This is going to set a precedent in Minnesota. That’s why we’re holding solidarity actions all over the U.S. Because we want them to throw the goddamn book at Derek Chauvin.

Because if we can’t set that precedent, it’s going to send a message to cops all over the U.S. It will say, “You can murder someone, on camera, in broad daylight, and you’re going to get away with it.” And that’s going to build that culture of police impunity where they know they can do whatever the hell they want and never suffer a moment for it. Maybe they get put on administrative leave, but that’s a vacation. [From the crowd: “With pay!”] With pay!

Another Bloody Sunday happened today on the other side of the world, in the Philippines. Nine activists, murdered in cold blood. This is two days after President Duterte of the Philippines said: “Kill them all. I’ll go to jail for it. It’s no problem.”