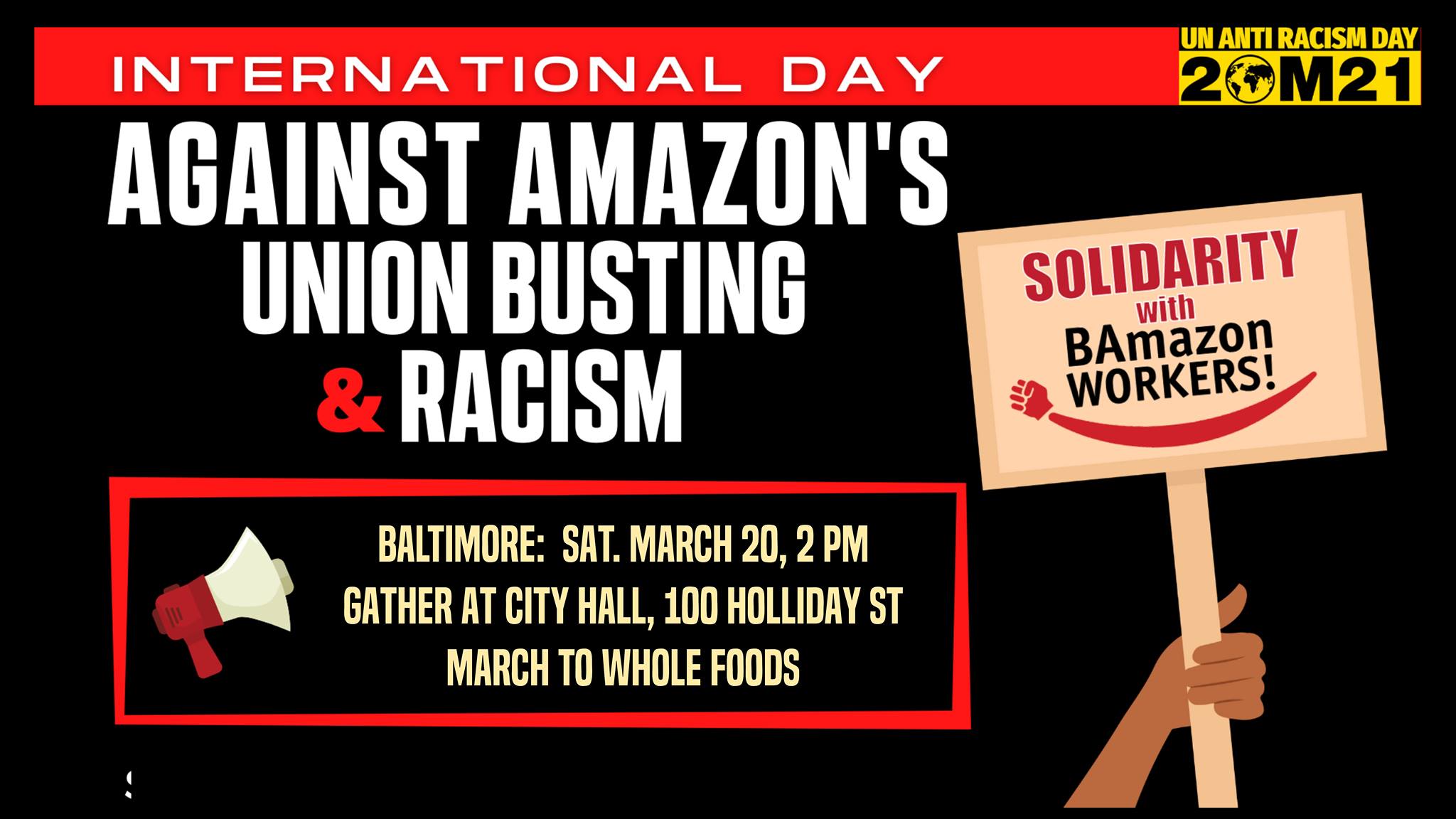 March 20 is the next national day of action in solidarity with Alabama Amazon workers.

Please join us on Saturday, March 20, to send a clear message to Jeff Bezos and Amazon that we support the Bessemer Alabama workers who are standing up for a union. We say stop union-busting!

Workers everywhere inspired by the majority, Black workers in Bessemer fighting to win the first U.S. union at Amazon, are prepared to continue building the solidarity movement that’s arisen around this historic struggle!

The weekend of March 20 is also the U.N. Anti-Racism Day, with actions worldwide. March 21 is the International Day for the Elimination of Racial Discrimination. These two calls for action are connected, as we know that the fight against racism and building worker power are inextricably linked.

A few weeks are left until voting in Bessemer ends on March 29. As Amazon and their union busters, Morgan Lewis, continue to roll out dirty trick after dirty trick, our demonstration will come at a consequential time.

Baltimore activists and community leaders have urged City Council members to pass a resolution. We haven’t heard back yet.

So we will plan a protest at City Hall and then March to Whole Foods.

Join March 20 in solidarity with Alabama Amazon workers & against racism and union-busting!

Social distancing and masks thank you!
We will have PPE available

The local protest is sponsored and endorsed by (list in formation):