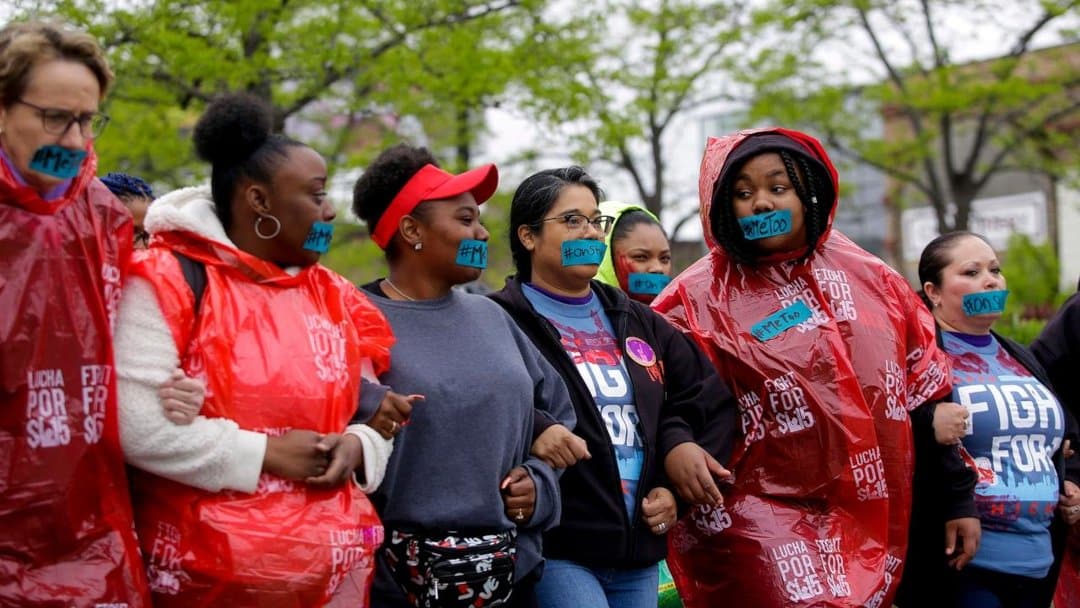 Women, especially Black and Latinx women, work in the jobs hardest-hit by the pandemic and the capitalist recession. They are often the lowest paid, without paid sick leave or the ability to work from home. With schools and daycare centers closed, many women are forced to leave their jobs to parent children.

Of course, these are just statistics and numbers. What’s lost in them are the real lives of women and their children who are now on the brink of homelessness, hunger and despair.

In many states, the unemployment benefit system is filled with entanglements and is in disarray. Many workers have yet to see any relief. But there is no despair amongst the very rich, as described in “Wall Street’s New Years party: Dancing on the backs of poor workers.”

The Rev. Annie Chambers, Peoples Power Assembly activist and public housing organizer, told Struggle-La Lucha: “As women, it’s time for us to stand up and fight back. Capitalism ensures that the rich get rich and the poor get poorer. We must demand jobs or income now and much more.” Chambers was also a founder of the Baltimore Welfare Rights Organization.

What is crystal clear is that the women’s movement must take up the demands of the hardest-hit women, those who are unemployed — especially Black, Latinx, Indigenous, Arab and Asian women.