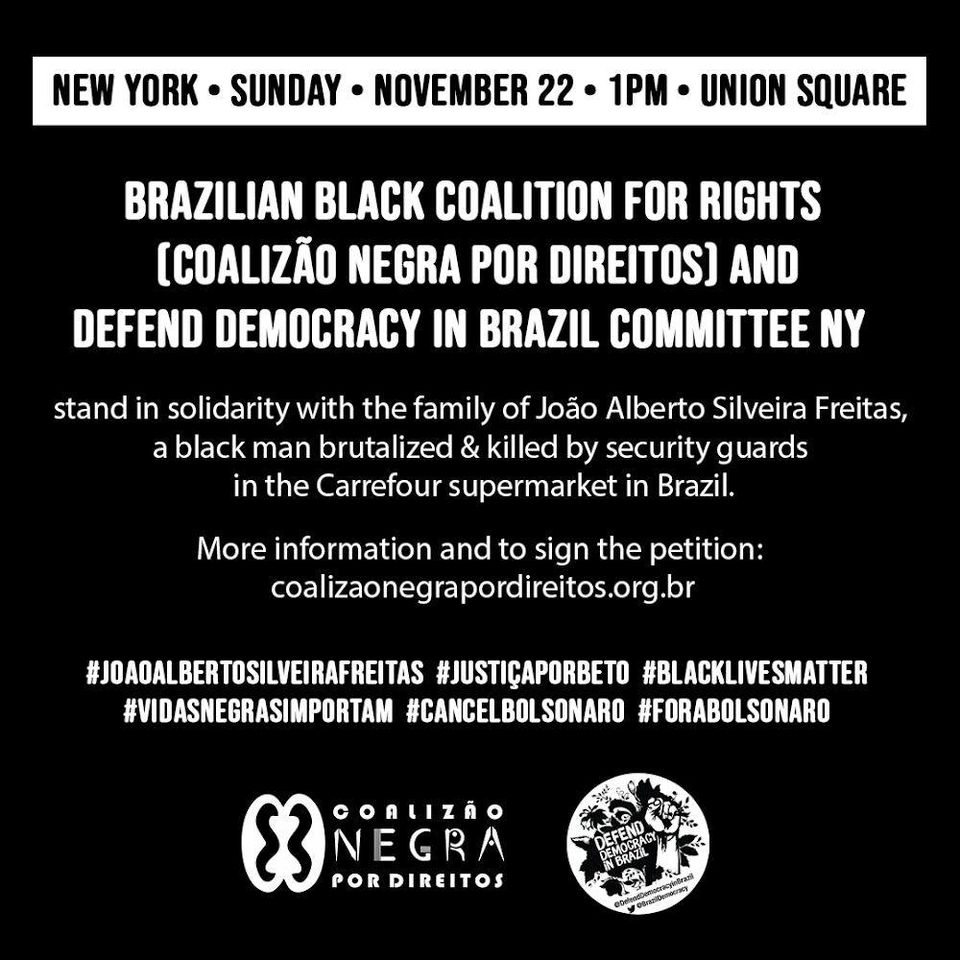 Coalizão Negra por Direitos – Brazilian Black Coalition for rights, and the Defend Democracy in Brazil Committee New York, along with #BoicoteInternacionalCarrefour & FIBRA stand in solidarity with the family of João Alberto Silveira de Freitas, a black man, a customer, who was assassinated with extreme brutalization by 2 security guards and with a few others bystanders in #Carrefour facilities in the city of Porto Alegre, in the State of Rio Grande do Sul, Brazil.
This was a crime perpetrated by their security guards and filmed live by another customer.

This all happened on Nov 19, the eve of Brazil’s holiday Black Consciousness Day, Nov 20, when Marches were planned for Brazil’s major cities.