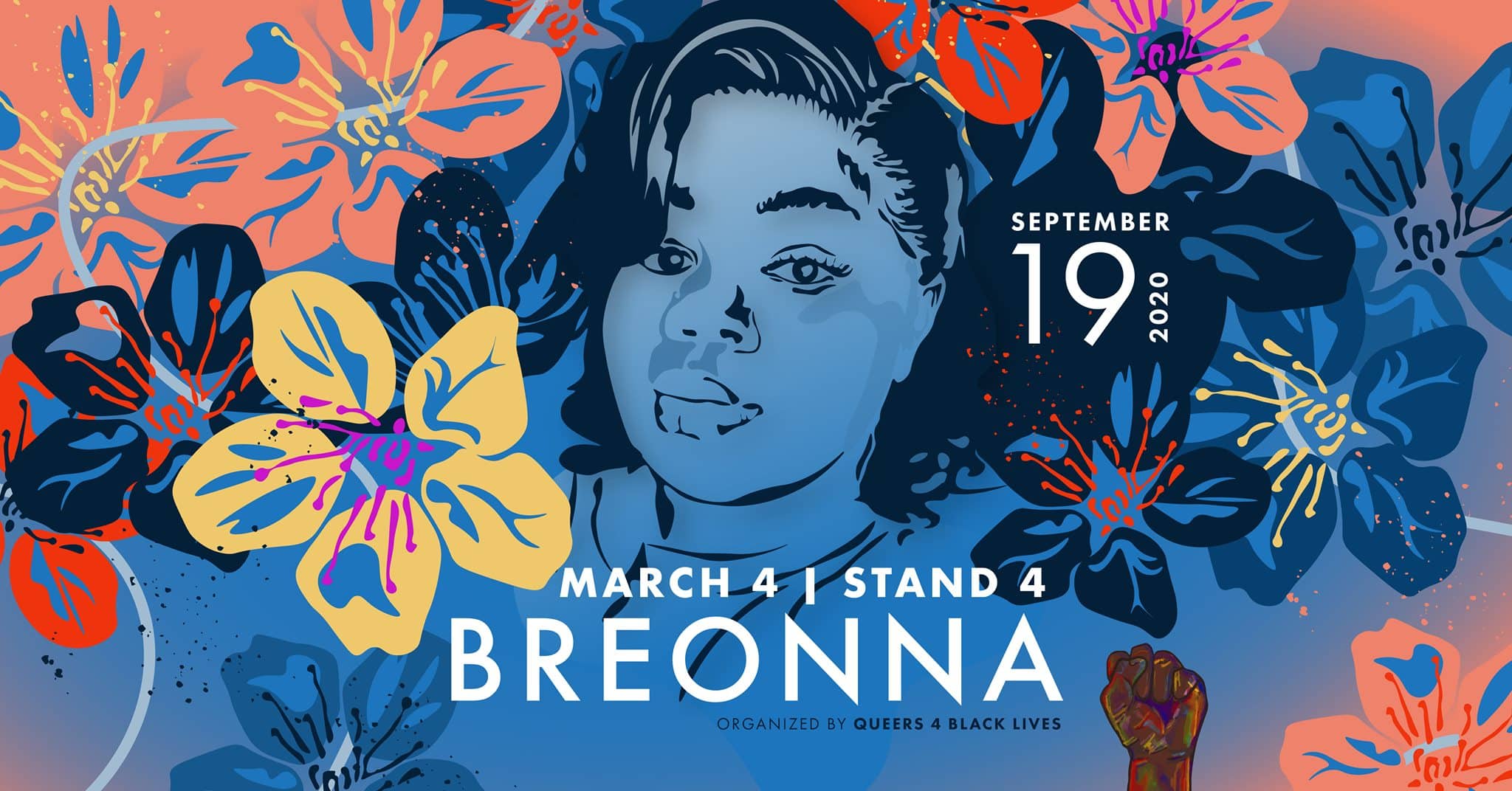 On March 13, 26-year-old Breonna Taylor was killed in her sleep by plain-clothed Louisville police officers who used a battering ram to enter her home unannounced, and illegally, with a “no-knock” warrant. Not only were the officers at the wrong address, the man they were there to arrest had already been taken into custody earlier that day.

Breonna Taylor was an EMT who dreamed of becoming a nurse, servicing two different hospitals during the pandemic. She was a hero taken from us too soon and her murderers are still at large and in positions of power. She was dedicated to saving others and she deserves our full commitment to bring her, and her family justice.

Black women continue to be killed without consequence and it is essential that we come together RIGHT NOW to demand accountability. We must also march for those who can not, as the LMPD has recently suppressed the people of Louisville’s first amendment right to protest.

Please join the Q4BL Team based in Baltimore, as we organize a protest to demand justice for Breonna Taylor. On Saturday 9/19/20, we invite your organization, and city to demonstrate with us.

We wish to express the collective outrage of the people of the United States toward the system that failed Breonna, by marching together across each major city, and delivering a list of demands to each city’s government officials.

Our list (provided below) includes the firing of Attorney General Daniel Jay Cameron who is endorsed by, and protects the interest of the Kentucky Fraternal Order of Police, while blatantly disregarding the interest of the citizens of Louisville. We encourage each organizer to draft their own list with demands specific to the needs of their communities based off the #8cantwait campaign (https://8cantwait.org,) and to include the first three items on the list below.

Each organization is responsible for determining the route and time of their march. Our march will take place in Baltimore at 1 PM, eastern standard time. We also encourage you to forward this invitation to any other social justice organizations in your area who you think would be interested. The more, the mightier! A flyer will be provided by Q4BL to be used by each organization for continuity and to unify all participants under one banner (March 4 | Stand 4 Breonna,) for one cause.

Please contact us with any questions/comments/suggestions! We hope you can join!

* Arrest the murderers of Breonna Taylor (Jonathan Mattingly, Brett Hankison and Myles Cosgrove.)
* Fire the Attorney General of Kentucky Daniel Jay Cameron, who protects and serves the LMPD, not the citizens of Louisville.
* Abolish all no-knock warrants across the United States. No knock warrants were implemented during the Nixon administration and allows the legal murdering of Black people by the police.
* Require all police officers to participate in thorough de-escalation training.