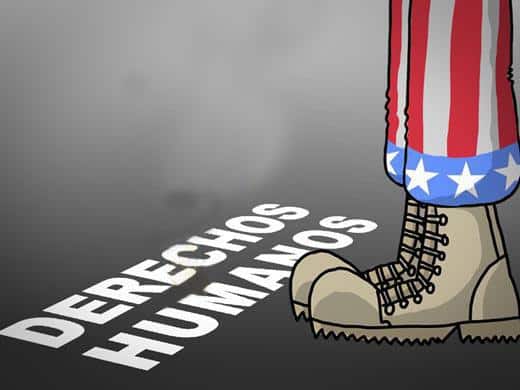 As part of a series of conferences on global governance and development, entitled “The challenges and common problems of humanity at the current

time,” the diplomat recalled that amidst the worsening pandemic, the United States announced its withdrawal from the World Health Organization (WHO).

“It is ironic that the imperialist government made this decision just when the strengthening of this organization was most needed,” he noted.

In terms of security and disarmament, he denounced the U.S. decision to renounce its commitment to the Intermediate Range Nuclear Forces Treaty, and emphasized, “Trump has also stated that the Reduction of Strategic Arms Treaty (Start) will not be extended,” the only agreement on nuclear weapons currently in effect.

Valero insisted that multi-lateralism is the path to peace and emphasized that this is the focus promoted by the “Bolivarian, Chavista government, looking to construct an international structure that unites states in brotherhood and foments shared responsibility in international affairs.”

Cuban President Miguel Díaz-Canel Bermúdez, in his comments during the leaders meeting on the occasion of the 30th anniversary of the Sao Paulo Forum condemned the illegal U.S. blockade that has systematically violated the human rights of Cubans for over 60 years.

He sharply criticized the imperialists’ outrageous treatment of migrant families, “particularly boys and girls, mistreated, abused in a kind of cage, depriving human beings of dignity and their most elemental rights.”

During a meeting held November 1, 2019, to present the proposed UN resolution entitled: “The necessity of putting an end to the U.S. economic, commercial, and financial blockade against Cuba,” Rodríguez recalled that there were 2.3 million persons incarcerated in the United States, where 10.5 arrests a year are made, and that prisoners continue to be held illicitly and indefinitely at the illegal U.S. Naval Base in Guantánamo.

“More than a million of their citizens sleep in the street; 28.5 lack medical insurance; women earn approximately 85% of what men do; and accusations of sexual harassment are common.”

On a global level, Rodríguez noted, the U.S. government has signed only 30% instruments of international law and does not recognize the right to peace or development, not even the rights of boys and girls.