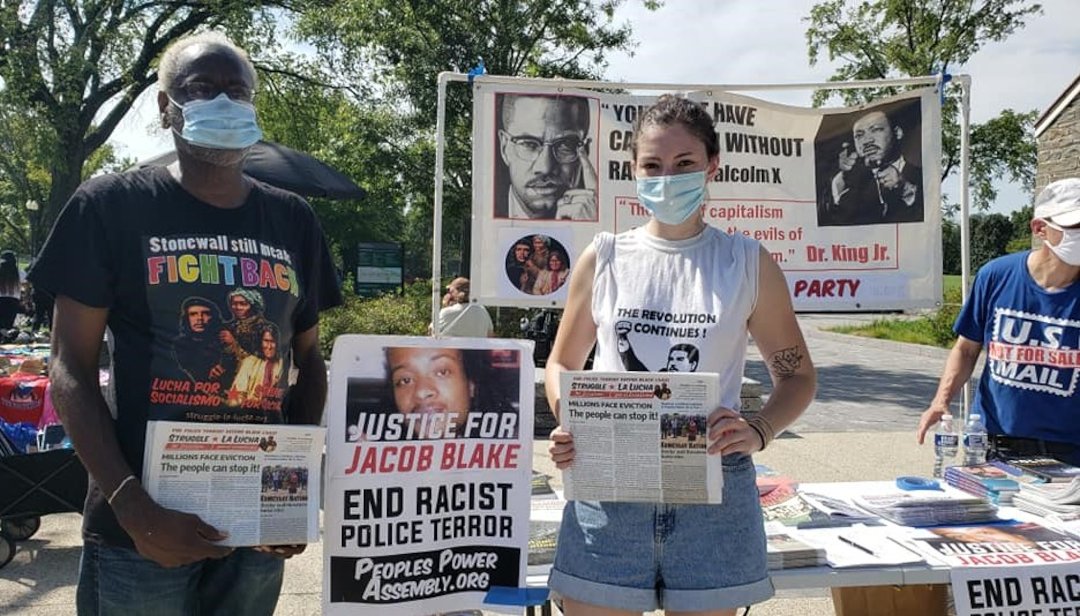 Washington, D.C. — On Aug. 28, Struggle-La Lucha newspaper and the Socialist Unity Party/Partido de Socialismo Unido participated in the national “Commitment March: Get Your Knee Off Our Necks” on the 57th anniversary of the 1963 March on Washington for Jobs and Freedom.

Tens of thousands of people gathered at the Lincoln Memorial and the surrounding area, buoyed by the national uprising against police terror. Throughout the day, contingents of young people continued to pour in, chanting “Black Lives Matter!”

Thousands of copies of Struggle-La Lucha newspaper were distributed, along with a supplement calling for reparations.

Andre Powell reported: “Struggle-La Lucha received a fantastic response!  At our table, we also sold a much larger number of books than we anticipated. People eagerly signed up who were interested in socialism.”