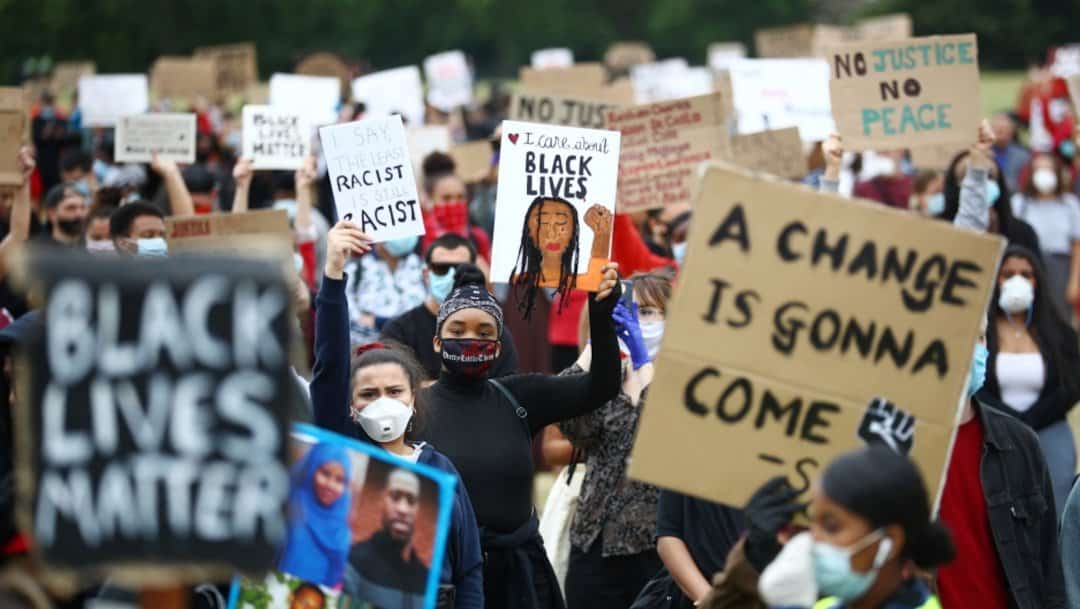 With President Donald Trump ruling mainly by decree, there were many who thought his recent tweet about delaying the election meant that he intends to decree himself president for another four years. The purpose of that tweet seemed to be to raise uncertainty about the validity of the November vote.

According to the U.S. Civil Rights Commission, which investigated in Florida, the chance of your ballot being challenged and uncounted is 900 percent higher if you are Black than if you are white.

That’s what Trump did in Detroit in 2016, challenging the Black vote. Trump “poll watchers” challenged every single Black vote in Detroit, preventing the counting of 75,355 ballots in the city. That gave Trump a “victory margin” of 10,000 to take Michigan’s Electoral College vote and the White House.

There is already a widespread suppression of Black, Latinx and Indigenous peoples’ voting rights.

At least 1,688 polling places have been closed across 13 states, nearly all in the South and West, between 2012 and 2018, according to a report by the Leadership Conference on Civil and Human Rights.

“For many people, and particularly for voters of color, older voters, rural voters and voters with disabilities, these burdens make it harder — and sometimes impossible — to vote,” the report adds.

Using voter suppression and challenges to win the Electoral College votes in so-called swing states like Florida, Michigan, Pennsylvania and Wisconsin, Trump can lose the popular ballot by as many as five million votes nationwide and still win an Electoral College majority.

Trump’s July 30 tweet casting doubt on the November election’s legitimacy said it “will be the most INACCURATE & FRAUDULENT Election in history” due to states’ decisions to expand mail-in voting during the coronavirus pandemic. As a result, Trump suggested the vote be postponed: “Delay the Election until people can properly, securely and safely vote???”

Jamelle Bouie wrote, “Trump has made no attempt to win a majority of voters, no effort to bring a skeptical public to his side. Instead, he has directed his energy toward suppressing opposition in hopes of winning by technical knockout for a second time. His chief target right now is the United States Postal Service, whose operation, it almost goes without saying, is critical for the success of mail-in voting.”

An Electoral College victory like that should not be accepted as legitimate. The mass anti-racist movement, Black Lives Matter and more — the largest movement in U.S. history — can and should respond.

The U.S. is in the midst of a great crisis, an economic and political crisis. Unemployment is in the tens of millions, at levels not seen since the Great Depression of the 1930s. Homelessness has reached record levels. For those workers who have jobs, pay is at record lows, income inequality at record highs.

Before the coronavirus shutdown, 44 percent of all U.S. workers were in poverty, not even a living wage. More than 160,000 have died from COVID-19, with the spread of the infection and the daily death toll continuing. All of these have hit the Black and Brown communities the hardest, exposing the devastating conditions of racism in the U.S.

On top of that came the murder of George Floyd by the Minneapolis cops, the police murder of Breonna Taylor in Louisville, Ky., and the lynching of Ahmaud Arbery in Georgia. In response, an uprising for justice, against police terror, defending Black lives and rights swept the country.

The protests were described by the New York Times as “the largest movement in U.S. history.”

Anti-racism had become the majority view for the first time and the protests were continuing and expanding. The White House was gripped by fear. Trump responded with what can only be described as a military coup attempt.

A reminder here: Richard Nixon also saw the massive civil rights and anti-war protests, in the hundreds of thousands, as a revolutionary challenge. In the spring of 1971, Nixon brought troops from the U.S. Army’s 82nd Airborne division into Washington, D.C., in response to a planned mass anti-war protest. The police, the military and the National Guard rounded up and held some 12,000 protesters.

Later, during Nixon’s impeachment, it was widely believed that Nixon had begun organizing a military coup, talking about the need to bring in the 82nd Airborne to “protect” the White House, in order to keep the presidency. Both Henry Kissinger and Al Haig, who were part of Nixon’s White House staff, are reported to have been involved in the coup talks.

On Monday, June 1, 2020, outside the White House, Donald Trump declared, “I am your president of law and order.” He proceeded to characterize the large-scale protests in response to the murder of George Floyd and against police violence as “acts of domestic terror.”

If the marches and demonstrations did not cease, Trump promised to invoke the Insurrection Act of 1807 and “deploy the U.S. military” on the streets of every major city, including Washington. Trump went on, “As we speak, I am dispatching thousands and thousands of heavily armed soldiers, military personnel and law enforcement officers to stop the rioting, looting, vandalism, assaults and the wanton destruction of property.”

He then issued the following threat: “If a city or state refuses to take the actions that are necessary to defend the life and property of their residents, then I will deploy the U.S. military and quickly solve the problem for them.” (See “Trump’s June 1 coup attempt”)

The unidentified paramilitary secret police force that was unleashed in Washington on June 1 has since been used by Trump against the cities of Portland, Ore.; Seattle; Chicago; and other places, targetting any and all anti-racist protests.

Trump’s effort to establish a personal dictatorship on the basis of military rule is the product of a protracted economic and political crisis in the U.S. of extreme social inequality and endless war. The system is in crisis and is unstable.

The run-up to the Nov. 3 Electoral College selection (Election Day) and the 11-week period between the selection and the Jan. 20 inauguration threaten to be periods of deep political crisis.

The Washington Post reported: “As Trump demurs, an unimaginable question forms: Could the president reach for the military in a disputed election?”

“President Trump’s refusal to commit to accepting the results of the November election, paired with his penchant for plunging the military into the partisan fray, has prompted scholars and legal experts to ask a once-unthinkable question: How would the armed forces respond if pulled into a disputed election?

“Speculation about whether the military could be asked to play a role in events following the 2020 presidential vote has intensified in the wake of the Pentagon’s involvement in the government’s response to demonstrations against racism and police brutality. …

“As the election approaches, the president has once again declined to say he would accept its results. ‘I have to see,’ he said during a Fox News interview this month. ‘I’m not going to just say yes. I’m not going to say no. And I didn’t last time either.’

“The president has warned for months that mail-in voting — expected to be used more widely than ever due to the coronavirus pandemic — or potential foreign interference in Democrats’ favor could yield widespread fraud and a ‘rigged’ election, comments his critics worry are laying the groundwork in case he decides to dispute the result. …

“Scholars cautioned that they are not suggesting that the military would proactively seek to influence the vote, but rather that Pentagon leaders could be forced in a disputed election to become involved in a way that would appear partisan, similar to what occurred in the nation’s capital in the wake of protests in June. …

“Fears about the use of the military have arisen during some previous presidential transitions. …

“In 1934, a retired Marine Corps general, Smedley Butler, testified before Congress that a group of industrialists had conspired to create a fascist veterans group with him at the helm and use the organization to overthrow President Franklin D. Roosevelt in a scandal that became known as the ‘business plot.’

Nevertheless, experts said they are most worried about a handful of hypothetical situations, including a scenario in which Trump might refuse to concede victory to Biden, or a legal challenge to the outcome might remain unresolved by Inauguration Day, prompting him to assert presidential authority beyond Jan. 20.

“In that scenario, experts hypothesized, the White House might call on the military to protect the president or, more likely, respond to potential protests on ‘law and order’ grounds, possibly leading the president to follow through with earlier threats to send active-duty troops to American cities or take control of state-commanded National Guard members.

“Already, his administration has mounted a shock-and-awe response to protests in Portland, Ore., sending in federal agents from the Department of Homeland Security over the objections of local and state officials, in what critics have called a political effort to boost Trump in the polls. …

“Crucially, a contested outcome lasting beyond Jan. 20 would force the military to make an implicit decision about who is commander in chief. According to the Presidential Succession Act of 1947, Trump would cease to be president on noon of Jan. 20 if Congress does not certify him as the winner, passing his authority as commander in chief of the military to the acting president, the speaker of the House of Representatives.”