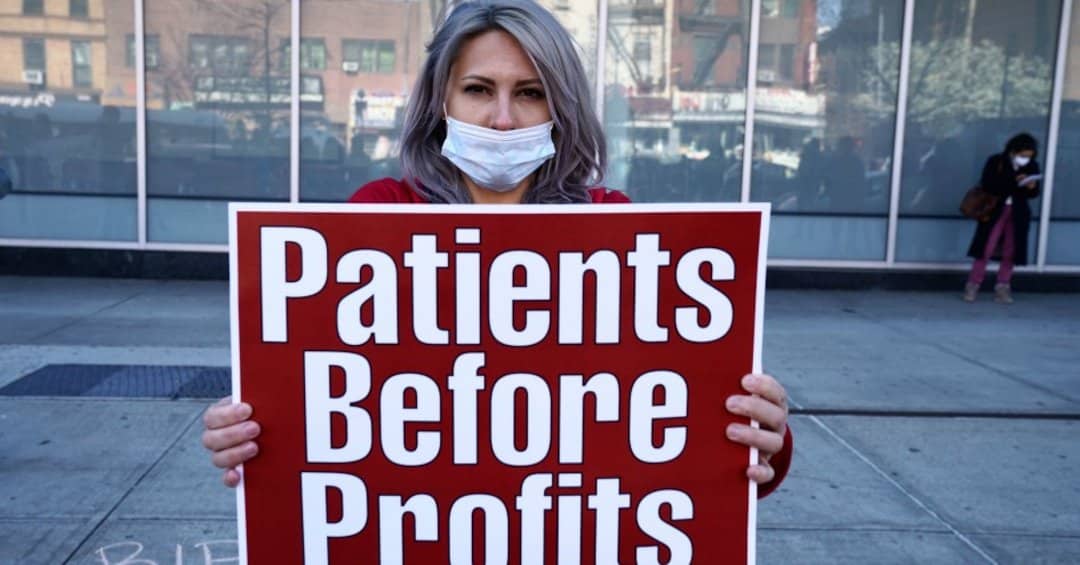 At the end of July, the extra $600 per week in expanded unemployment benefits will expire. Congress has not acted to extend the benefits or provide anything in its place.

But nearly half of the U.S. population is still jobless, and millions will remain jobless for the foreseeable future.

The July 17 Bureau of Labor Statistics (BLS) report marked the 17th straight week that unemployment filings topped one million. Until the present crisis, the most new claims in a single week had been 695,000 in 1982.

The July 17 report says that 1.5 million newly laid off contract and gig workers filed for Pandemic Unemployment Assistance benefits the week ending July 11. That’s an increase from the 1.4 million the week before.

The total number of workers who continued to claim state and federal unemployment compensation, the BLS report says, is 32 million. It was the second highest level ever. The record was set the week before.

The economy for the working class remains catastrophic. Of the 110 million in the U.S. living in rental households, 20 percent are at risk of eviction by Sept. 30, according to the COVID-19 Eviction Defense Project, a Colorado-based community group. Black and Latinx renters are expected to be hardest hit.

The number of U.S. families struggling to put food on the table has seen a “substantial” increase since the start of the coronavirus pandemic, the Federal Reserve of St. Louis said in a new analysis of Census Bureau data. More than 10 percent of households said they sometimes or often didn’t have enough to eat in early June, the St. Louis Fed found.

Food insecurity — defined as the inability to afford healthy food for all family members — affected 37 million U.S. households even before the start of the coronavirus pandemic. That’s due in part to widening income inequality, the report adds.

Payments have been skipped on more than 106 million student loans, auto loans and other forms of debt since the coronavirus hit the U.S., another sign of the destructiveness of the capitalist economic crisis.

The global economy was already approaching a recession when the pandemic hit. Then, with the world economy already on the brink of recession, the COVID-19 worldwide pandemic hit with government-ordered shutdowns of many businesses and stay-at-home orders.

The U.S. economy is now gripped by the dual crisis caused partially by the pandemic and the measures necessary to slow it down and partially by an overproduction crisis that was already unfolding.

However, Trump and the GOP are now claiming that there was nothing wrong with the U.S. economy before the pandemic hit. Instead, they are blaming both the pandemic and the economic crisis on China, and even the Chinese Communist Party.

It is not only Trump and the Republicans who are blaming China. Joseph Biden’s Democratic presidential campaign also blames the economic crisis entirely on COVID-19. Biden holds that while Trump’s reaction to the pandemic was incompetent, the real villain is China.

The Democrats and Republicans appear to be united on making China the scapegoat. Of course, a capitalist economic crisis is rooted in capitalism itself and the “blame China” campaign is meant to obscure that fact. Capitalist crises can only be completely terminated by overturning the capitalist system, replacing it with socialism.

The ‘back to work’ campaign

The ruling class is now attempting to rapidly resume production and send workers back to work.

There is no scientific basis for a return to work from the standpoint of public health. Workers are to be sent back to work with absolutely no protections in place to ensure their safety. In fact, the states that have “opened up” have seen a surge is COVID-19 infections and deaths.

The return to work is about “getting the economy moving again.” That is an altogether different concept than getting everybody jobs and a paycheck safely.

The capitalist system can’t run without workers. The workers are the one indispensable element in capitalist production. But everyone having a job is another matter.

What is a capitalist recession? Capitalist economists use unemployment numbers as the real measure of a recession. Put simply, a recession is when there is a significant rise in unemployment — layoffs, cutbacks, reduced hours, cuts in pay.

And in every previous capitalist recession, all the unemployed workers are never hired back. Some are always left behind. “Opening up,” as Trump is doing, won’t guarantee jobs for all. In fact, “opening up” appears to have increased the layoffs and bankruptcies, as both have been rising since the July 1 reopenings began.

Workers get in wages and benefits only a fraction of the value they create during the workday. In effect, they work for themselves for part of the day in return for wages (paid labor) and for the capitalist the rest of the day free of charge (unpaid labor).

Real profit comes from the sweat and blood of the working class. Without that, the capitalist system cannot maintain itself.

Today, the tools of science are being used to fight the coronavirus pandemic. China, Cuba and Vietnam have all used science to stop the spread of the virus and restore economic activity. Science and a socialist base made that possible.

China has no mass layoffs, no mass unemployment, no evictions, no food insecurity.

There is scarcely any question that doesn’t lend itself to a scientific solution. So why isn’t there even one bourgeois economist who will say, “Let us solve the capitalist economic crisis scientifically and eliminate the crisis”?

Only the working class can solve the capitalist economic crisis, and then only by taking the wealth of society, the basic means of production, into their own hands and establishing a true workers’ socialist society.