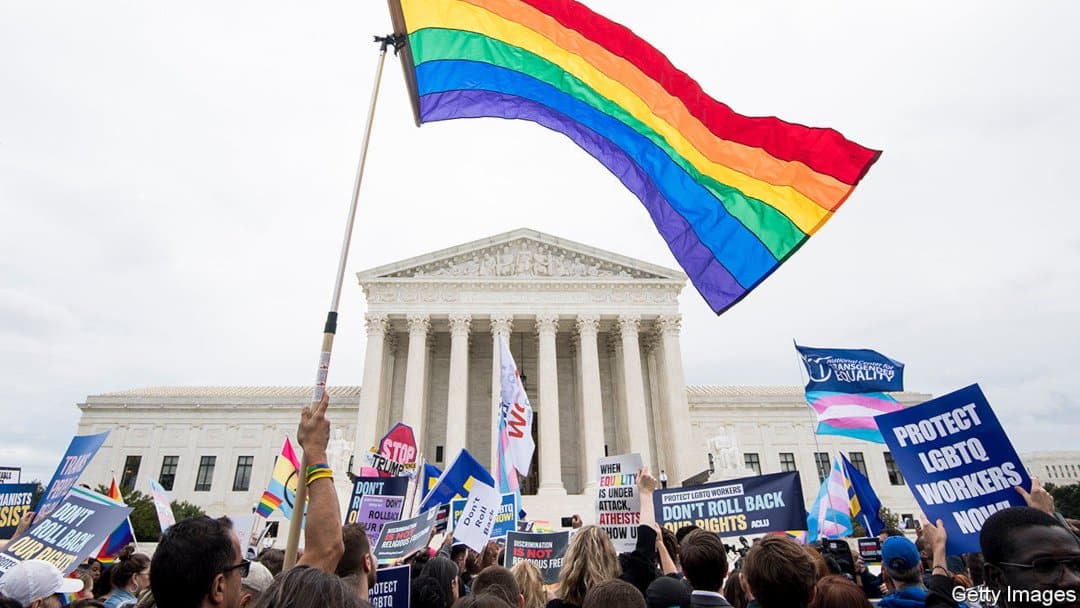 The massive demonstrations over the racist police murder of George Floyd have some of the corporate political establishment scrambling to find footing on a changed political landscape. Even as the Trump administration doubles down with its white supremacist response to the protests, and cops continue brutalizing protesters, a range of political entities from city councils to the Supreme Court are making some big decisions that suddenly tilt in favor of oppressed people and workers.

An old saying goes “A rising tide lifts all boats.” The movement for Black Lives has pushed back hard against racist, brutal cops and structural racism. Even more than that, it has won victories — even if partial or temporary — for other important struggles of the working class.

Statues of confederate leaders, racist Philadelphia Police Chief and Mayor Frank Rizzo, Christopher Columbus and others who waged genocide against Indigenous peoples are falling like dominoes. The Mississippi flag that contained the confederate battle flag within its design has been ditched. There is even talk of monuments to the slaveholding “founding fathers” being done away with.

Budgets of some police departments are being cut and the funding moved to social services and people’s needs. The Minneapolis City Council voted to dismantle the police department and replace it with “a new model of public safety,” according to the council president. Police are being removed from public schools in Oakland, Calif., and police budgets cut in other cities. On Juneteenth, Colorado passed a police-reform bill that barred “qualified immunity,” the doctrine passed by the Supreme Court in 1967 that grants cops immunity from civil suits.

In another very clear sign of the strength of the Black Lives Matter movement, there has been a shift by right-wing U.S. Supreme Court judges on three important decisions in a matter of weeks.

The Democratic Party has leaned on the heavily trafficked notion that voting for the lesser of two evils in a presidential campaign is essential to keep a Republican president from packing the Supreme Court. If Republicans win, we’re supposed to focus on the next election and if a lesser-evil Democrat wins, we’re supposed to give them a chance to get things done instead of organizing in the streets.

But capitalism concentrates money and power into the hands of bigger and fewer corporations and banks all the time. As this process has unfolded, reactionary courts and liberal courts alike have doled out plenty of setbacks to workers and to people fighting against special oppressions. While every form of struggle — even the electoral arena — is important, what this new period has demonstrated is that a united working class can move mountains in the struggle.

Trump’s appointment of two right-wing justices — Neil Gorsuch and Brett Kavanaugh — sent shudders of fear up the spine of many well-intentioned activists. Reactionaries may have felt that the so-called liberal members of the court were safely outnumbered and the possibility for any progressive decisions had been headed off. But after millions participated in militant and sustained demonstrations against police murders and systemic racism in May and June, three decisions have Trump and his reactionary ilk spitting bullets.

On June 15, the court ruled that LGBTQ2S workers cannot be fired for who they are. The 1964 Civil Rights law protects them. Until this interpretation of the law, incredibly, there was nothing preventing bosses from firing people based on their gender identity or sexuality. Neil Gorsuch wrote for the majority in the 6 to 3 ruling, and Chief Justice Roberts voted in favor.

Three days after the civil rights victory for LGBTQ2S workers, the court struck down Trump’s plan to dismantle DACA [Deferred Action for Childhood Arrivals], the program protecting undocumented workers who came to the U.S. as children. The decision — although still temporary — was a great relief to some 650,000 “dreamers” who otherwise would have been thrown out of the country. That 5 to 4 decision was written by Chief Justice Roberts.

Then on June 29, the court turned back a Louisiana anti-abortion law that would have destroyed women’s right to choose and left the state with just one abortion clinic. The case was widely seen as pivotal to the right-wing goal of overturning Roe v. Wade. Again, Roberts sided with the “liberal wing” even though he voted the other way on an identical law in Texas in 2016.

Gorsuch is a known right-winger, and although Chief Justice Roberts was considered a “swing vote” by many, an October 2019 opinion piece in the New York Times characterized him correctly: “In all 42 split-decision cases that the chief justice has presided over involving racial minorities, immigrants, workers and abortion, he voted for conservative outcomes 100 percent of the time.” After last week’s Louisiana decision, a Times article by Adam Liptak expresses surprise: “While he has on occasion disappointed his usual conservative allies … nothing in his 15-year tenure on the court compares to the recent run of liberal votes in major cases.”

The Supreme Court is the least democratic of the three branches of government. Nine judges, nominated by the president and confirmed by the Senate, never elected, for life, can overrule Congress and the president. Of course they seem omnipotent in the absence of a powerful movement. But the explosion of anger over the murders of Breonna Taylor, Ahmaud Arbery and George Floyd proved to be too much power to be ignored. No doubt there will be some setbacks in the struggle for more victories. But there is a new level of solidarity, unity and determination in the fight against racist police terror.

All out to defend and support Black Lives Matter! Jail killer cops! Abolish the police!