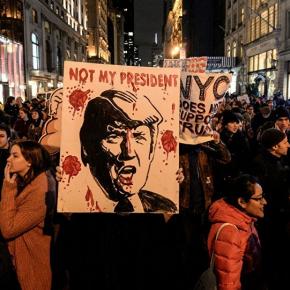 The Popular Front for the Liberation of Palestine (PFLP) expressed its support for people in the U.S. confronting the injustice and racism practiced by the U.S. government in various cities and towns in the United States.

This statement came in response to the repression against those protesting the deliberate killing of a Black citizen by the police in the city of Minneapolis, reflecting the racist character and right-wing policies of the Trump administration, which fuels racism and contradicts all its claims of defending freedom and democracy.

The Front noted that the U.S. government’s use of its contradictory claims to defend democracy and equality in all countries of the world, and to use this as an entry point to interfere in the internal affairs of countries, such as accusing China of destabilizing Hong Kong, no longer fools anyone. The practices of the U.S. administration and Trump are made clear by the brutal methods of repression used against demonstrators opposing racist policies toward Black people in the U.S.

The Popular Front concluded by stating that it is not surprising for a country like the United States, which has a strategic alliance with the Zionist entity [Israel], to intersect with it in the discrimination, racism and repression that embodies its treatment of Palestinians.