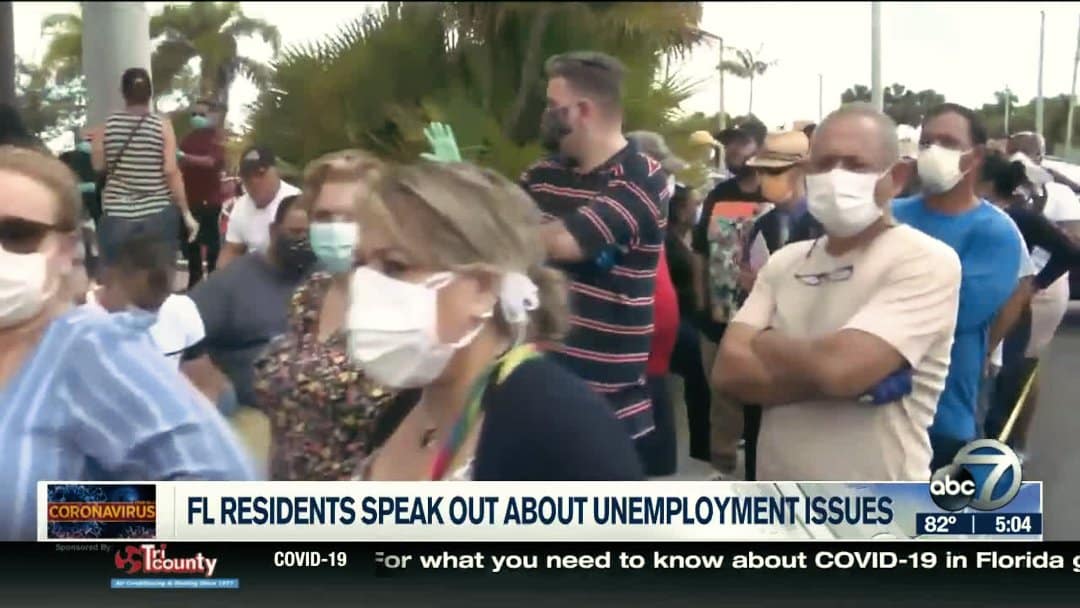 Actually, the Times report understated the unemployment numbers. In a press release, the Bureau of Labor Statistics explained that the official U-3 unemployment rate, which is supposed to measure jobless people actively looking for work, was actually incorrect, as it didn’t include many who were newly laid off for obscure technical reasons. Including them, the BLS statement said, would mean the unemployment rate is 19.7 percent, not 14.7 percent.

Two weeks later, more than 40 million workers have applied for unemployment benefits. Well over 27 percent of the workforce is jobless. And that number does not include gig workers or temp workers who are without jobs now. That’s a significantly higher unemployment rate than at the depth of the Great Depression, when joblessness hit 24.9 percent in 1933.

As many as 40 percent of the people laid off will not be getting rehired because their employers — restaurants, theaters, small businesses, and big companies like Hertz, JCPenney, Frontier Communications, J. Crew, Lord & Taylor — are going bust.

Before the coronavirus, people receiving unemployment benefits in most states got less than half their weekly paycheck. Now, the federal stimulus package provides $600 a week. That $600 weekly check is what you’d earn for a 40-hour week if you were getting paid $15 an hour. It’s more than double the federal minimum wage of $7.25 an hour. The stimulus payments end in July.

The unemployment checks will stop because Trump and most capitalist economists say that the current unemployment crisis is the result of the deliberate shutting down of the economy made necessary by the COVID-19 pandemic. They call it “The Great Repression.”

By decree, the country will be reopened for business and unemployment will be over — that is, benefit checks to the unemployed will be over. In part, it’s also a propaganda move to say there’s no economic crisis of capitalism.

The politicians and the capitalist economists don’t want to acknowledge that there is a cyclical capitalist crisis of overproduction, a recession, maybe a depression.

Steep, long-term unemployment is what defines a depression. In the Great Depression, after employment reached its deepest lows in 1933, full employment did not return until the U.S. had entered World War II in 1941.

Today, Trump and many capitalist economists say this is only COVID-19, there is no underlying economic crisis. Therefore, full employment will return quickly when the pandemic is over, maybe in the next year or two.

So it’s not a depression, not even a recession?

The global economy was already approaching a recession when the pandemic hit.

Reports showing the looming recession are hidden in the financial press — never mentioned in the popular media.

On May 14, financial bloggers Pam Martens and Russ Martens wrote on their “Wall Street on Parade” blog that the evidence suggests the financial crisis began in August 2019.

Whenever the crisis began, clearly the world economy was already in the beginning stage of a recession when the pandemic began. On top of the economic crisis came the government-ordered COVID-19 shutdowns of many businesses and stay-at-home orders. Shipping and travel declined dramatically, causing the demand for oil to plummet.

However, Trump and the capitalist economists are now claiming that there was nothing wrong with the U.S. economy before the pandemic hit. Instead, they are blaming both the pandemic and the economic crisis on China, and even the Chinese Communist Party. If it wasn’t for China, Trump now claims, everything would be fine.

It’s not only Trump and the Republicans who are blaming China. Joseph Biden’s Democratic presidential campaign blames the economic crisis on COVID-19. Biden holds that while Trump’s reaction to the pandemic was incompetent, the real villain is China. To have anyone believe this, Trump and Biden rely on a combination of anti-Chinese racism and old-fashioned anti-communism.

China’s rapid response held back the virus and saved lives.

When a new disease suddenly appears, identifying and containing it is not a simple task, and there are always mistakes. Once it was clear how serious the crisis was, China acted immediately.

With full transparency, China notified the World Health Organization (WHO) on Dec. 31 that there were 27 cases of a mysterious pneumonia-like illness in Wuhan. On Jan. 12, Chinese scientists shared the virus’s genome via the internet. It was the fastest this has ever been accomplished. According to a recent timeline published by China to refute the slanders being spread by the U.S., China briefed the U.S. on coronavirus epidemic prevention on Feb. 3 for the 30th time.

The WHO, and other public health agencies and experts, describe China’s response as setting new, groundbreaking standards and practices in outbreak detection and response. WHO officials said China’s quick response helped contain the spread and saved lives around the world.

The ruling class and its paid politicians, Democrats and Republicans alike, are increasingly united on making China the scapegoat.

U.S. Secretary of State Mike Pompeo has been unleashed as the U.S. attack dog on China, reports The Hill. The measures being threatened against China can only aggravate the economic crisis, but may serve to rally support for the president in a war-like situation.

The media have completely hidden the boom-and-bust industrial cycle of capitalism.

U.S. capitalism was in a crisis of overproduction in 2019 and in the beginning of 2020. This could be seen in the record level of consumer debt. On Feb. 11, the Federal Reserve Bank of New York said consumer borrowing in the U.S. rose to a new record level at $14.15 trillion. That’s mortgages, student loans, auto loans and credit card debt.

Also rising, according to the Fed’s report, were credit card delinquencies, that is, nonpayment of credit card debt. That’s because, in part, wages for most workers are lower, in real terms, than they were 40 years ago.

At the same time, business sector debt was historically high, the Fed also reported, higher and more unstable than consumer debt. The Fed’s response, in fact, was to print more money to bail out Wall Street and the unstable businesses.

The “Great Repression,” as they call the COVID-19 economic shutdown, has a very real impact, but it is layered on top of a recession that would have meant mass job loss, either later this year or in 2021, whether or not the pandemic had occurred. This is not to deny that the pandemic will profoundly shape the new recession. The current economic situation is being shaped by the interaction between the “Great Repression” and an underlying cyclical crisis of overproduction.