Cuban Foreign Minister Bruno Rodríguez Parrilla discussed the April 30 attack on the country’s embassy in Washington with the press, stating: “Here is the attacker, an AK-47 rifle, 32 shell casings, 32 bullet holes and a statement – by the perpetrator – of his intention to attack and kill” 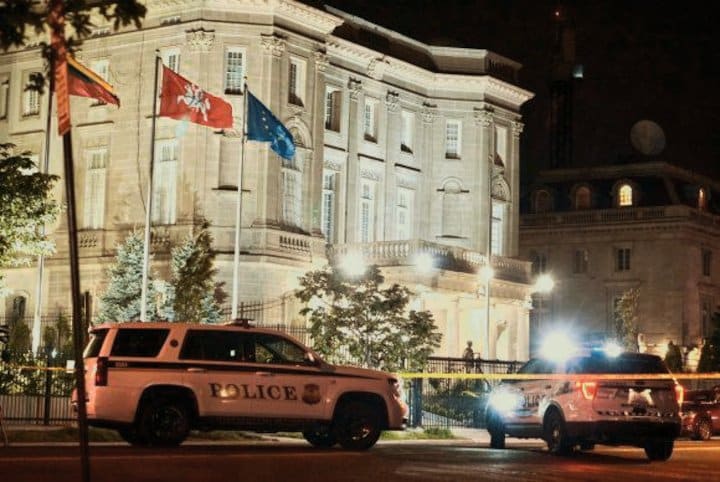 Cuban Foreign Minister Bruno Rodríguez Parrilla, during a May 12 online press conference, to discuss the April 30 terrorist attack on the Cuban embassy in the United States, stated: “Here is an attacker, an AK-47 rifle, 32 shell casings, 32 bullet holes and a statement – by the perpetrator – of his intention to attack and kill.”

From the U.S. government we have received only silence, a silence that we know well, one that has accompanied violence against Cuba by groups based in U.S. territory for years. Every wave of terror was preceded by rabid campaigns of hate, rancor, threats, and attempts to discredit Cuba’s work in the international arena, alongside tightening of the economic siege.

The deaths number 3,478, with 2,099 Cubans disabled, in addition to incalculable economic damage. Terrorism has cost the country, carried out with or without the support of the U.S. government, but always with its blessing, following CIA directives. Hundreds of terrorists groups have been created, financed and trained by the CIA, organizations that had in their ranks notorious killers like Orlando Bosch, Luis Posada Carriles, Guillermo and Ignacio Novo Sampol, among others.

The Coordination of United Revolutionary Organizations (CORU), created in 1976, meant the integration of an international terrorist network, the first in history. “War on the roads of the world,” as they called it, did not respect borders or international law, and Cuban embassies were the preferred target.

More than 370 terrorist operations were carried out in those years; the atrocious bombing of a Cuban civilian airplane in mid-flight was the ultimate expression of this hatred, aggravated and protected by silence from the White House.

The perpetrator of the most recent attack on our embassy in Washington, Alexander Alazo Baró met with persons of known hostile behavior toward the Cuban Revolution, at a church called the Doral Jesus Worship Center. One of his “friends” at the religious center, Pastor Frank Lopez, maintains close relations with none other than Marco Rubio, Congressman Diaz-Balart and other persons with recognized extremist positions.

His behavior prior to the attack could not have been more obvious; he did not hide his hatred for the nation of his birth, or his delusions, be they real or fictitious; he was short of money, without a steady job, as his wife stated to several sources. Days earlier he had surveyed the site, planned every step of what he would do, all in the middle of Washington DC, just a few blocks from the White House, in a heavily guarded area. Ready for anything, at zero hour he drove miles with an AK-47, and fired on his target.

Cuba has every reason to demand an exhaustive investigation of the facts from the U.S. government, and that the necessary measures be adopted to prevent a return to times of spilled innocent blood, to put an end to the country’s hostile policy, verbal attacks, and actions that encourage such behavior.