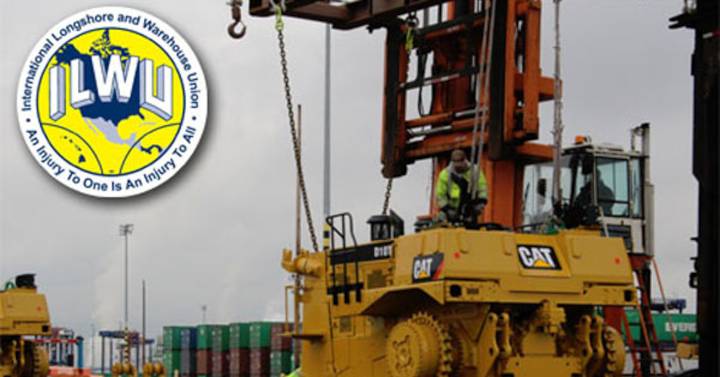 Once again, in a powerful act of solidarity, the International Longshore and Warehouse Union (ILWU) is organizing to protect its members and to support the surrounding community in the coronavirus pandemic. The union has issued a list of demands striking out against unsanitary, life-threatening conditions. The union members can withhold labor in the shipping ports that control commerce to back up their demands.

The ILWU held a press conference along with local leaders from the Bay Area’s Filipino community during the third week in March to demand that contaminated waste from the Grand Princess cruise ship, quarantined in San Francisco Bay, be safely disposed of. Also, they demanded adequate medical treatment for all workers still aboard the vessel and a safe repatriation of the staff.

Port companies had planned to expose both dockworkers and community members to the coronavirus by trucking the waste through the East Bay community. The ILWU demanded that the contaminated waste from the ship be disposed of safely through water-side offloading and barge removal. After the press conference, the port bosses backed down and agreed to union and community members’ demands.

While the dockworkers on the West Coast continue to fight for sanitation standards, the ILWU is using its power to support the thousands of workers they represent in industries “on the other side of the gate,” referring to workers outside of the port terminals. From the nearly 400 workers laid off at Powell’s Books in Portland, Ore., to the workers at Anchorsteam Brewing in San Francisco, to education, veterinarian and warehouse workers, the ILWU is working to ensure that inland workers have safe working conditions and enough cash to survive.

It is courageous for the ILWU to make these demands while it is under intense union-busting pressure from legal proceedings. In Portland, a judge awarded the terminal operator ICTS a $96-million settlement against the ILWU for a slowdown action which began in 2012. Although the original award to ICTS was later reduced by $19 million, it is still more than twice the ILWU’s total assets, threatening the dockworkers’ union with bankruptcy.

A union spokesperson says: “The ILWU has been hit with this massive fine that will have a chilling effect not only for the longshoremen’s union, but for workers far beyond the waterfront if we don’t act. Now is the time to organize in the face of this terrifying disease.