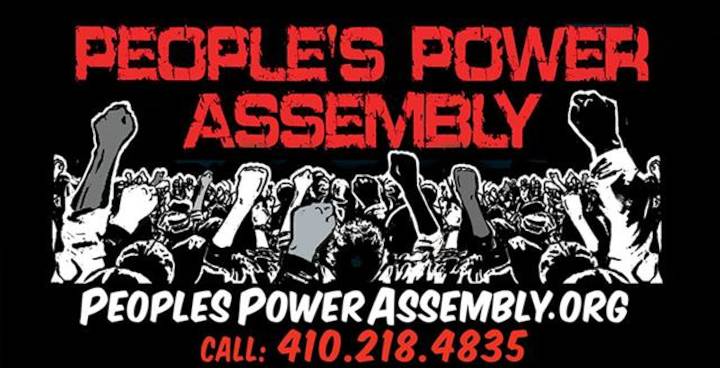 The Peoples Power Assembly strongly condemns the racism emanating from the highest levels of the U.S. government, which seeks to demonize and blame China during a world pandemic.

Targeting of Chinese and other Asian people constitutes a hate crime; it has led to horrific attacks on Asian people, both physical and verbal.

The virus is not the “China or Wuhan virus” any more than it is the “Italian virus” or anywhere else in the world that has been impacted. It is both shameful and cruel during a world crisis to use racism to divert workers and poor people from building badly needed solidarity.

One should remember that the “Spanish Flu” epidemic a century ago never originated in Spain but rather in the United States; it was first publicly recognized by Spain.

We also condemn the racism inherent in the disregard of those who are most vulnerable, who are mostly Black and Brown people, including prisoners, who already are disproportionately impacted by an unjust incarceration system referred to as “mass incarceration”; and immigrants who are locked up in horrific detention camps, rightly referred to as concentration camps by many Jewish groups.

We continue to call for the release of prisoners, especially older prisoners, those who have not been tried and are languishing because of lack of bail, and all prisoners convicted of nonviolent crimes. Iran, a country demonized by the Trump regime as repressive, released all of its prisoners. We continue to call to shut down all detention centers and end deportations.

The antidote to racism is solidarity both at home and abroad. It is clear that, with most of the world’s people impacted, we live in an interconnected global world that calls for new solutions and global cooperation.

The U.S. sanctions and blockades have created hardship and suffering of people all around the globe, from Iran to Venezuela, from Cuba to Zimbabwe, and many other countries, especially during this pandemic. The occupation of Palestine and continuing war in the Middle East intensify death and destruction.

Sanctions and blockades work in two ways — not only creating terrible hardships in the targeted countries, including death — but also preventing workers and poor here in the United States from benefiting from the successes of blockaded countries like Cuba. The immune-boosting antiviral drug Interferon alpha-2b developed by Cuba was used in China and now Italy to help save coronavirus patients. Nothing has been done by the U.S. government to work with Cuba to bring this medicine to patients in U.S. hospitals.

The trillions spent on the Pentagon war machine could pay for health care for every single person in this country. It’s time to end all sanctions.