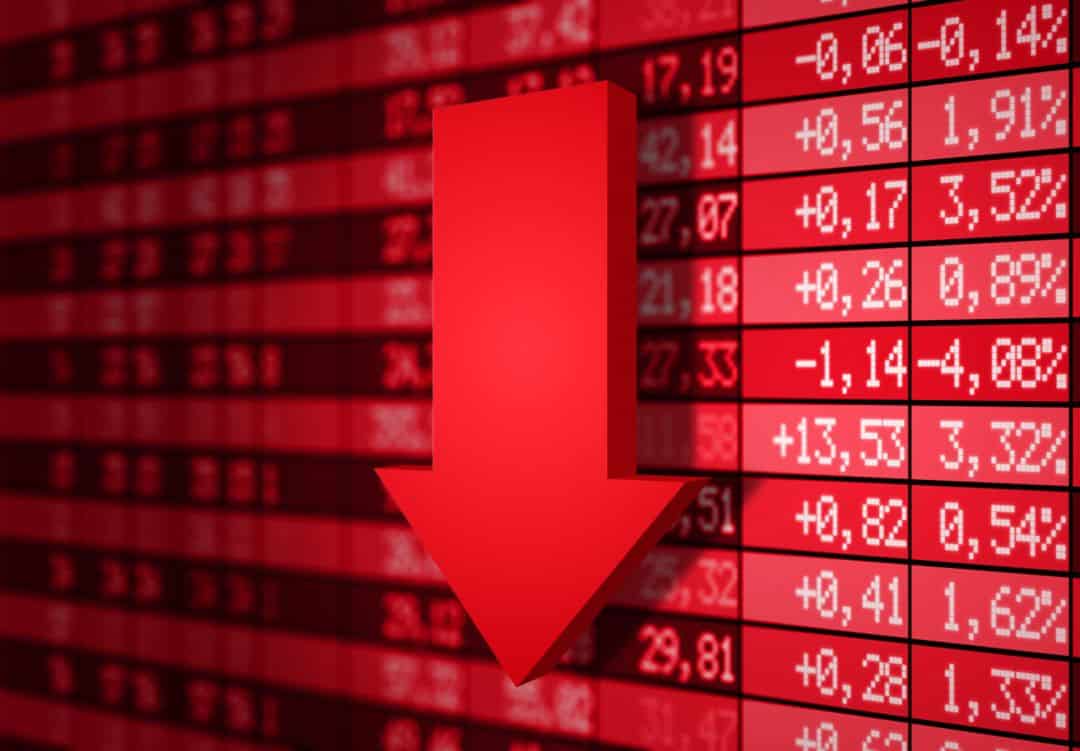 March 5 — The Dow index just fell 12 percent in one week, the worst week for stocks since the 2008 financial crisis. Many wonder if this could become a full-on stock market crash.

Among socialists, there is always a temptation to paint a fall on Wall Street in terms of an imminent economic or political collapse. And while that is a possibility, a market crash never causes an economic collapse. It’s more like a symptom of capitalism’s economic instability.

On the other side, apologists for the capitalist system are saying that the momentous drop is merely a “correction.” The capitalist economists claim that the global stock market fall is unrelated to the fundamentals of the economy, that the market has been gripped by coronavirus jitters. Just give it a couple of weeks and all will be well.

The stock exchange concentrates all industry, agriculture, commerce and the means of production into the hands of the stock exchange operators, that is, the biggest banks and financial institutions, including central banks such as the Federal Reserve.

But the stock market is an integral part of the financial industry, and its crash is a forerunner of the economic situation, not the aftermath.

A crisis of overproduction

Overproduction refers to cyclical crises of the capitalist system, caused by the anarchy of capitalist production.

A common conception of overproduction is based on an incomplete understanding of Marx’s theory of surplus value. Workers get in wages and benefits only a fraction of the value they create during the workday. In effect, they work for themselves for part of the day in return for wages (paid labor) and for the capitalist the rest of the day free of charge (unpaid labor).

According to this view of overproduction, workers cannot purchase all the commodities they produce and that is what causes the crisis. This is called “underconsumption.”

The underconsumption explanation says that a capitalist crisis can be overcome by raising wages and expanding credit. When workers take on debt, it expands demand for cars and housing and enables other major purchases. Raising wages and expanding credit can temporarily overcome the “underconsumption-ism” inherent in capitalism, allowing the economy to expand.

Some have suggested that the current crisis is tied to the unprecedented expansion of consumer debt — mortgages, car loans, credit cards, student loans — to over $14 trillion, and the subsequent rise in delinquencies, that is, nonpayment of debt that has now reached a level last seen in the 2008 economic crash.

Capitalist Keynesian economics is based on an underconsumption theory, that recessions are the result of inadequate consumer demand.

A major flaw in this underconsumptionist explanation of overproduction crises is the idea that it is only, or mainly, workers who are the buyers of all goods and services.

However, capitalists as well as their unproductive (of surplus value) institutions, including the government, especially the Pentagon, are also buyers. The capitalists are the buyers of the machinery, the raw materials, the robotics, the computer systems, and the labor power that is required for production. And debt is not just consumer debt, but business debt, capital investments.

On underconsumption, Karl Marx said, “It is sheer redundancy to say that crises are produced by the lack of paying consumption or paying consumers. The capitalist system recognizes only paying consumers, with the exception of those in receipt of poor law support. … When commodities are unsalable, it means simply that there are no purchasers, or consumers, for them.

“When people attempt to give this redundancy an appearance of some deeper meaning by saying that the working class does not receive enough of its own product and that the evil would be dispelled immediately if it received a greater share, i.e., if its wages were increased, all one can say is that crises are invariably preceded by periods in which wages in general rise and the working class receives a relatively greater share of the annual product intended for consumption,” Marx concluded.

A crisis of overproduction comes about because of the anarchy of capitalist production. Individual owners of means of production produce goods and services with no guarantee of a buyer. The inevitable result is a mass of commodities with no buyers (for many reasons, including a competitor’s product being cheaper or better, the product no longer being needed, or … you can come up with a few other reasons a product can’t be sold).

Under capitalism, it is not possible to prevent or avoid crises of overproduction, because they flow from an irresolvable contradiction of the system, the anarchy of production.

In “Socialism: Utopian and Scientific,” Frederick Engels describes capitalist crises as collisions between two forces — production and the markets. Capitalists expand production seemingly without limit and are in competition among themselves to do that, but the markets expand only slowly if at all.

Since under capitalism, production cannot grow faster than the market, this contradiction is periodically resolved through a massive contraction of production, destruction of existing productive forces and mass unemployment.

This resolution is only temporary. After the crisis, and after sometimes years of stagnation, production enters a new powerful expansion that leads once again to a new flooding of the market — and a new crisis.

Most if not all capitalist crises since 1825 have tended to begin in the consumer goods sector, especially residential construction. Other durable consumer goods industries such as the auto industry, which became important during the last century, also tend to turn down before the rest of the economy does.

The current crisis is no exception. The U.S. housing crisis is a construction crisis, a crisis of overproduction. There are more than 53,000 homeless people in Los Angeles, yet there are more than 100,000 vacant apartments and houses there. The housing is needed, but it remains vacant because it can’t be sold for a profit.

The auto industry is similarly in the grip of an overproduction crisis. As CNBC reported last November, “Global car sales expected to slide by 3.1 million this year in steepest drop since Great Recession.”

Automakers are slashing the workforce at the fastest pace since the Great Recession a decade ago.

The crisis of global overproduction in the car industry, sharpened by the race to dominate in the transition to electric and hybrid vehicles, triggered the latest gigantic merger, that between the France-based PSA (Peugeot) and Fiat Chrysler.

The aircraft industry was in a crisis of oversupply, as the business press put it, which was relieved somewhat when the Boeing 737MAX was grounded. The financial press is now warning that the return of the 737MAX will trigger a crisis. “There could potentially be as many as 1,000 surplus aircraft next year,” Reuters reported.

Indeed, the U.S. could be headed into recession.

A new recession will only increase the growing interest in socialism in the U.S., as shown in the Bernie Sanders campaign. Socialism, of course, is the only way to put an end to capitalist economic crises. That means replacing capitalism with socialism. Modifying capitalism can relieve some of the pain, but it won’t stop capitalist crises.

Capitalism is a virus that can’t be fixed. The disease is built into the system. Capitalism must be thrown out for the good health of all humanity.