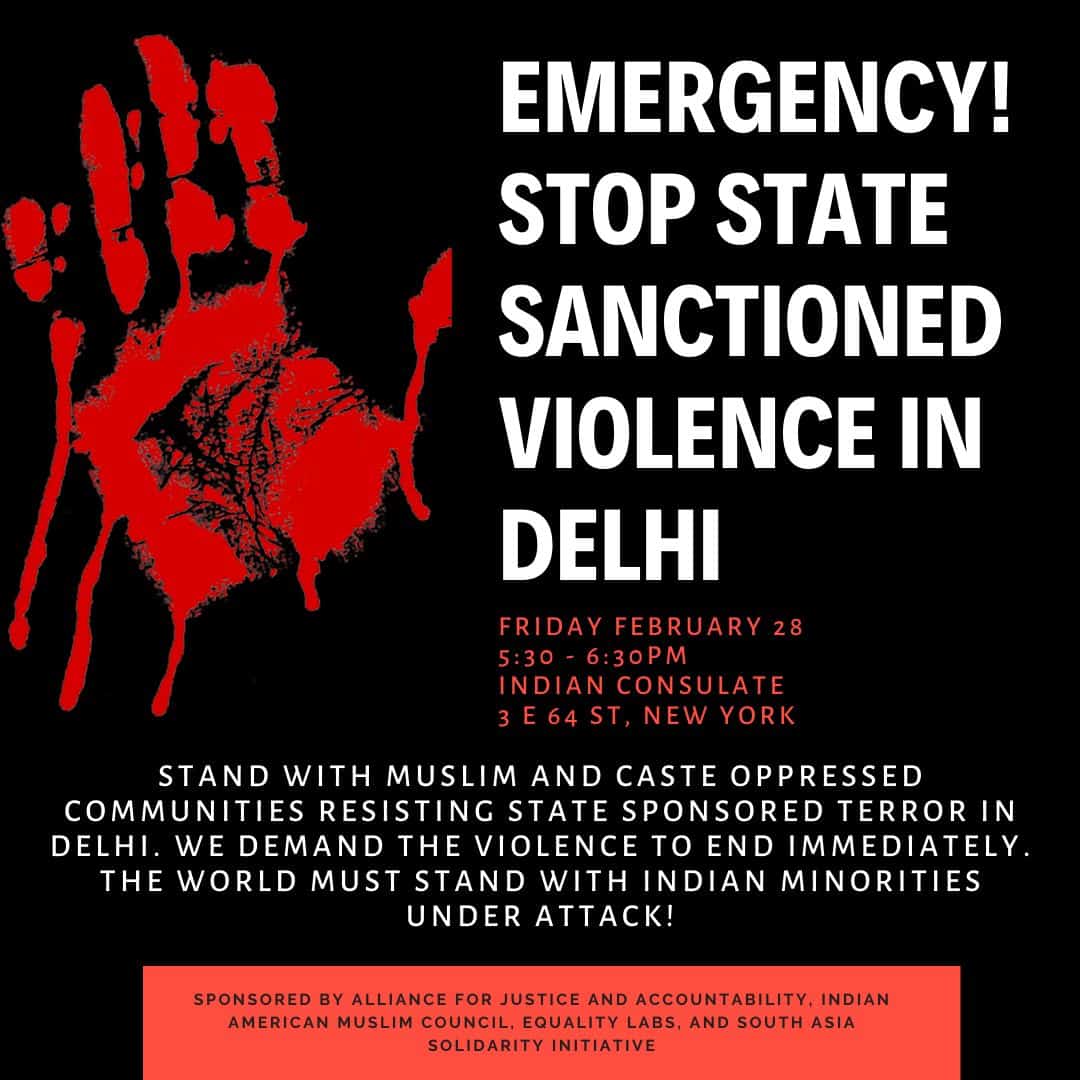 As Donald and Melania Trump descend upon Delhi, Muslims are experiencing an unprecedented level of violence. Four people have been reported murdered, with hundreds being tortured and attacked by Hindu fascists. There have been several shooters across Delhi, and it is uncertain what the next period will bring. We are gathering at the Indian consulate to demand they stop their support of the RSS, BJP and Hindu fascist violence. We are demanding justice for protestors, and condemning the Citizenship Amendment Act, and the escalation of violence against protestors.