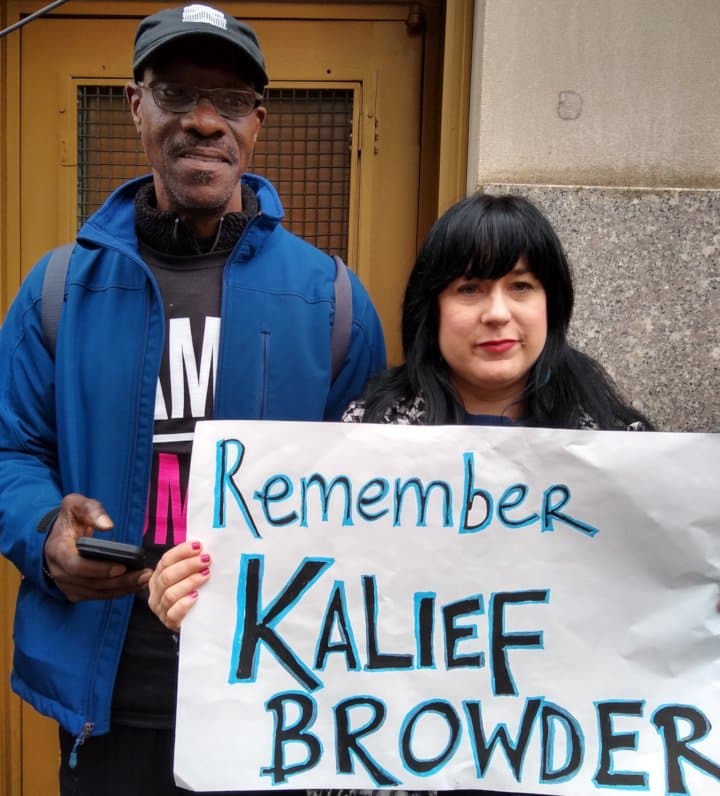 An average of 462,000 people were kept in U.S. jails every night last year because they couldn’t afford bail. Their crime was being poor.

The Eighth Amendment to the U.S. Constitution, part of the Bill of Rights, demands that “excessive bail shall not be required.” Bail is excessive for anyone who can’t pay it.

That was the case with Kalief Browder. Unable to afford bail, the Black youth spent three years in New York City’s jail complex on Rikers Island, including two years in solitary confinement, before his charges were dropped. Browder later committed suicide on June 6, 2015.

At least 60 percent of the 10.6 million people who were locked up in local jails at any time during 2019 weren’t convicted of anything. But they could still have lost their jobs. Their children and families were victimized.

It’s a big lie that in the United States everyone is considered innocent until proven guilty. Not being able to afford bail means you can’t contact witnesses that could prove your innocence. Any effective legal defense is largely denied.

Being kept in hellholes as Browder was forces many people to confess to lesser charges just to get out of jail. That ain’t justice. It’s an excuse to keep millions of people from voting.

Until recently, over 20 percent of African American adults were barred from voting in Florida because of a felony conviction. Many times these “felonies” were simply allegations of cashing checks without sufficient funds.

Sparked by the tragedy of Kalief Browder, a grassroots movement forced the New York State Legislature to pass laws last year that largely did away with cash bail. Police and their supporters have launched a vicious campaign to repeal this necessary legislation.

This is nothing new for the Post, which in 2009 ran a cartoon during Black History Month comparing President Obama to a monkey. For years the Post called the late Black jurist Bruce Wright “turn em’ loose Bruce” for setting low or no bail for defendants.

Another fighter for bail reform was the late judge and congressman, George Crockett Jr. of Michigan. In 1969, Crockett released most of those arrested by Detroit police at a meeting of the Republic of New Africa held at New Bethel Baptist Church.

Police had attacked and shot at people attending the event. The church’s minister, the civil rights activist, the Rev. C.L. Franklin, was the father of Aretha Franklin.

Rain didn’t stop hundreds of people from demonstrating at the Brooklyn Criminal Courts building on Feb. 25 to defend bail reform. Among the signs they carried were “Bail hurts the poor” and “Remember Kalief Browder.” Many of the people who marched were legal aid attorneys, members of UAW Local 2325.

Herbert Murray spoke of how he spent 29 years in jail because he couldn’t afford bail. Murray didn’t have adequate legal representation because his attorney didn’t visit him at Rikers Island.

Kidnappers demand ransom. Bail is ransom for the poor. The people won’t let bail reform be rolled back.