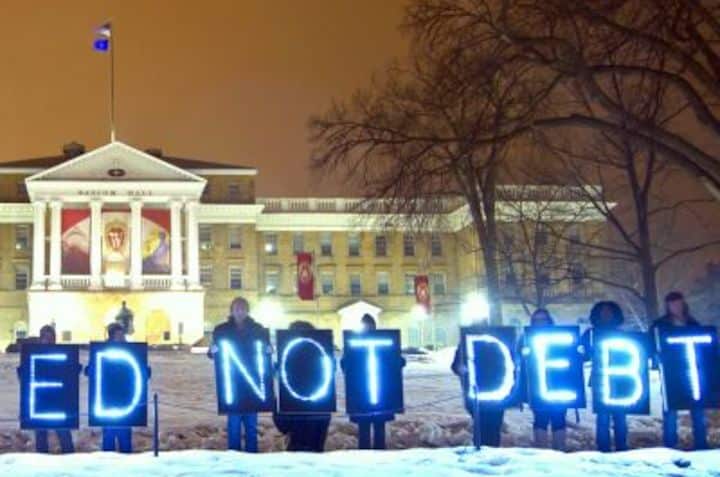 Consumer borrowing in the U.S. rose to a new record level at $14.15 trillion, the Federal Reserve Bank of New York said on Feb. 11.

Similarly, seriously delinquent auto loans jumped to 4.94 percent. This is higher than the delinquency rate in 2010, when unemployment was the highest since the Great Depression of the 1930s. In 2010, delinquencies on credit cards and auto loans were soaring because over 10 million people had lost their jobs and they couldn’t make their payments.

Today, delinquencies aren’t because of high levels of unemployment; the government’s Bureau of Labor Statistics says the unemployment rate is near historic lows. While unemployment isn’t really that low — it’s at least triple what the BLS says — it’s not at 2010 Great Recession levels.

So why are these delinquencies spiking now? We haven’t seen millions of people getting laid off. You hear every day in the business media like the Wall Street Journal, Bloomberg News and CNBC that the economy is good.

The stock market is booming. CNBC headlined Feb. 19: “S&P 500 and Nasdaq jump to record highs, Dow climbs more than 100 points.” The Dow Jones Industrial Average reached an all-time high of 29,569.58 in February 2020. The coronavirus panic on Feb. 24 has brought that down more than 1,000 points, but the effect of that is yet to be seen.

But there’s a sharp divide in the economy. One group is doing well. Their wealth is rising. Profits are up. For the rest, their incomes have not risen, have not even kept up with inflation, with the price increases of cars and homes and other items. Capitalist economists call it slow wage growth.

Wages today for most workers are lower, in real terms, than they were 40 years ago. What’s increasing is the rate of capitalist exploitation.

The working class is strung out. Workers have jobs but are living from paycheck to paycheck, not because they’re splurging but because wages have not gone up. People are working, but they aren’t even making a living wage.

The Federal minimum wage is $7.25 an hour. The Fight for $15 movement began in 2012. According to FightFor15.org, the movement has won raises for 22 million people across the country. That’s good, but what is needed is much more.

The fact is, even $15 an hour is not enough to be considered a living wage; it’s only enough to rise above what capitalist economists call a poverty wage, which is about $8 — that is, more than the Federal minimum wage.

The Massachusetts Institute of Technology has a Living Wage Calculator. According to the MIT calculator, a single adult with one child in the New York-Newark-Jersey City metropolitan area has to make $32.29 an hour, working full time (40 hours a week), to have a living wage. In the Los Angeles-Long Beach-Anaheim, Calif., metropolitan area, the living wage for a single adult with one child would be $31.85.

So, $32 an hour would be a good starting point for the minimum wage.

Wages under capitalism is a hot topic. Karl Marx wrote a whole book or three on it.

Capitalist exploitation is hidden by the wage system. Workers are hired for a given amount of time and receive a wage in return. It appears on the surface that an equal exchange has taken place — but this isn’t the case.

Why not? The capitalist, in addition to purchasing computers, machinery, raw materials, etc., for production, also buys what Marx called labor-power, the capability to produce goods or services for sale on the market.

Working-class people, who don’t own the means to produce and sell commodities, have one commodity they can sell: their labor-power, their ability to work. In this way, workers are forced to sell themselves to some capitalist for a wage in order to acquire money to buy the necessities of life.

Labor is the actual process of work itself.

According to Marx, unlike computers, machinery, raw materials and other inanimate materials for production that pass on their value to the product but create no new value, labor-power is a “special commodity …  a source of value.” In other words, workers produce new value contained in the final product, which belongs to the capitalist. This is what the capitalist calls profit.

The capitalist owns not only the means of production, and the workers’ labor-power which is bought to use in production, but the product as well. After paying wages as required for the workers to live, the capitalist then becomes the owner of the surplus value, that is, the profit.

The distinction between “labor-power” and “labor” is the key to understanding exploitation under capitalism.

When a capitalist pays a worker a wage, they are not paying for the value of a certain amount of completed labor, but for labor-power. The soaring inequality in the U.S. today illustrates this. The wealth that workers create has increased, but this has not been reflected in wages, which remain stagnant. Instead, an increasing proportion of the wealth produced by workers swelled the pockets of the super rich, who did not compensate the workers for their increased production on the job.

It appears that the capitalist pays the worker for the value produced by their labor because workers only receive a paycheck after they have worked for a given amount of time. In reality, this amounts to an interest-free loan of labor-power by the worker to the capitalist.

Why workers are in debt

What is household debt — mortgages, student loans, auto loans, credit cards? This is not the same as the debt of big businesses like General Motors or Walmart, which involves capital investment.

Workers’ debt is not a capital investment. Rather, consumer debt or household debt occurs  because wages are too low to cover the costs of the means of subsistence — housing, food, transportation, clothing, health care and so on — as well as to smooth the personal booms and busts between paychecks.

What appears to be a lending of money by banks through loans or credit cards to wage earners is actually a borrowing by the capitalists. Only in the case of wage labor is the commodity used up before it is paid for. Every day, we make an interest-free loan of our labor power to our bosses. And, short of cash, we are forced to take out interest-bearing loans to cover the “revolving” costs of eating and dressing and living, as well as the long-term costs of housing, commuting, schooling, etc.

Actually, what is being loaned by the banks, the credit dealers and such is unpaid wages, loaned to the capitalists. A raise in pay to at least a living wage would relieve some of the debt burden. But the fact is that what has been borrowed is really unpaid wages and the debt should be cancelled altogether, as it is the accumulation of years of unpaid wages. That and a living wage for all would fix the record-breaking debt crisis.