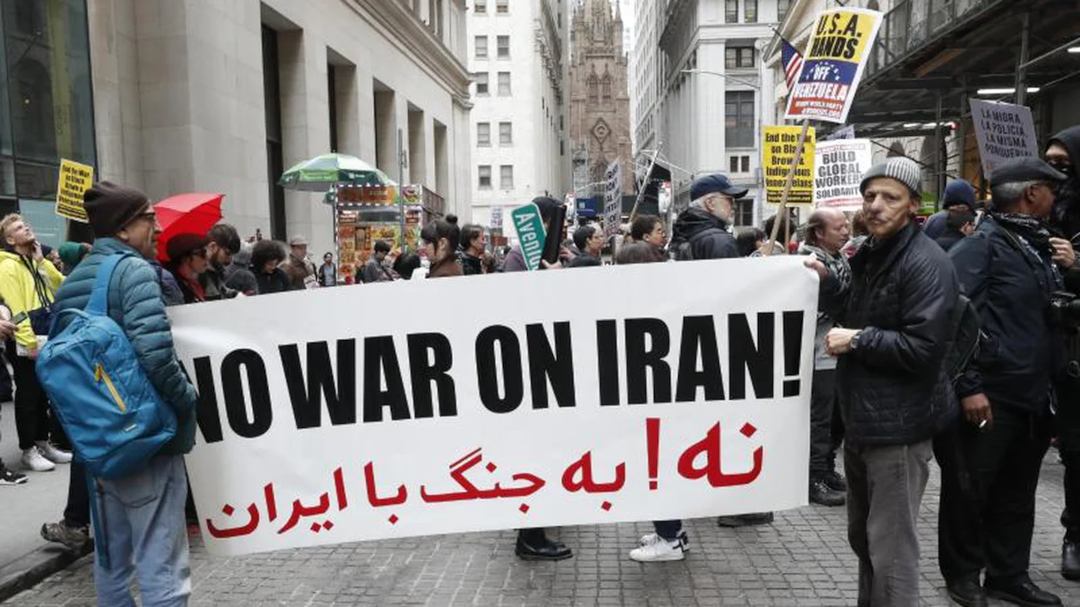 U.S. out of Iraq and the Middle East!
NO to war! NO to sanctions on Iran!

The assassination of Iranian Gen. Qassem Soleimani and Abu Mahdi al-Muhandis, deputy leader of the Iraqi Popular Mobilization Forces, ordered by U.S. President Donald Trump, was a declaration of war against the people of Iran, Iraq and all of the Middle East.

Trump and the Pentagon have ordered 750 more U.S. troops to be sent to the Middle East and possibly 3,000 more, on top of the 5,200 U.S. troops already stationed in Iraq. This followed major protests by the Iraqi people in response to the Pentagon’s aerial assault that killed scores of innocent civilians.

The new air assaults have ignited nationwide resistance by the Iraqi people, who want to reclaim their full sovereignty and do not want Iraq to be used in a U.S. war on Iran.

Corporate media and congressional leaders have backed Trump’s cowardly and illegal tactics. Democratic and Republican leaders alike have joined in promoting the Big Lie that Iran is a terrorist state, which aims to trick poor and working people into supporting yet another war for Wall Street and Big Oil profits.

More than a million Iraqi people have died during the past 28 years as a result of the U.S. occupation, bombings and sanctions. Tens of thousands of GIs have also been killed or badly wounded.

Why? To control the flow of oil and guarantee profits for the trillion-dollar oil and fracking corporations!

Meanwhile, workers at home are facing major cuts to food stamps and disability benefits. In April of this year, 700,000 people will be dropped from SNAP benefits and millions will get fewer benefits.

As one example, in Baltimore city, 22.2 percent of people already go to bed hungry. In rural areas that have suffered from low wages and no wages, the loss of food stamps will mean that many small grocery stores will have to close their doors.

But not the Pentagon! This year the world’s biggest polluter got a $130 billion increase.

Shut down the Pentagon and 800+ overseas military bases

If we are to declare war, then let it be a war on racism, police terror, anti-immigrant bigotry and violence, low wages and poverty. The best people’s defense is to shut down the Pentagon.

Don’t be silent this coming year. Join us in the fight to end U.S. wars and for a socialist future.