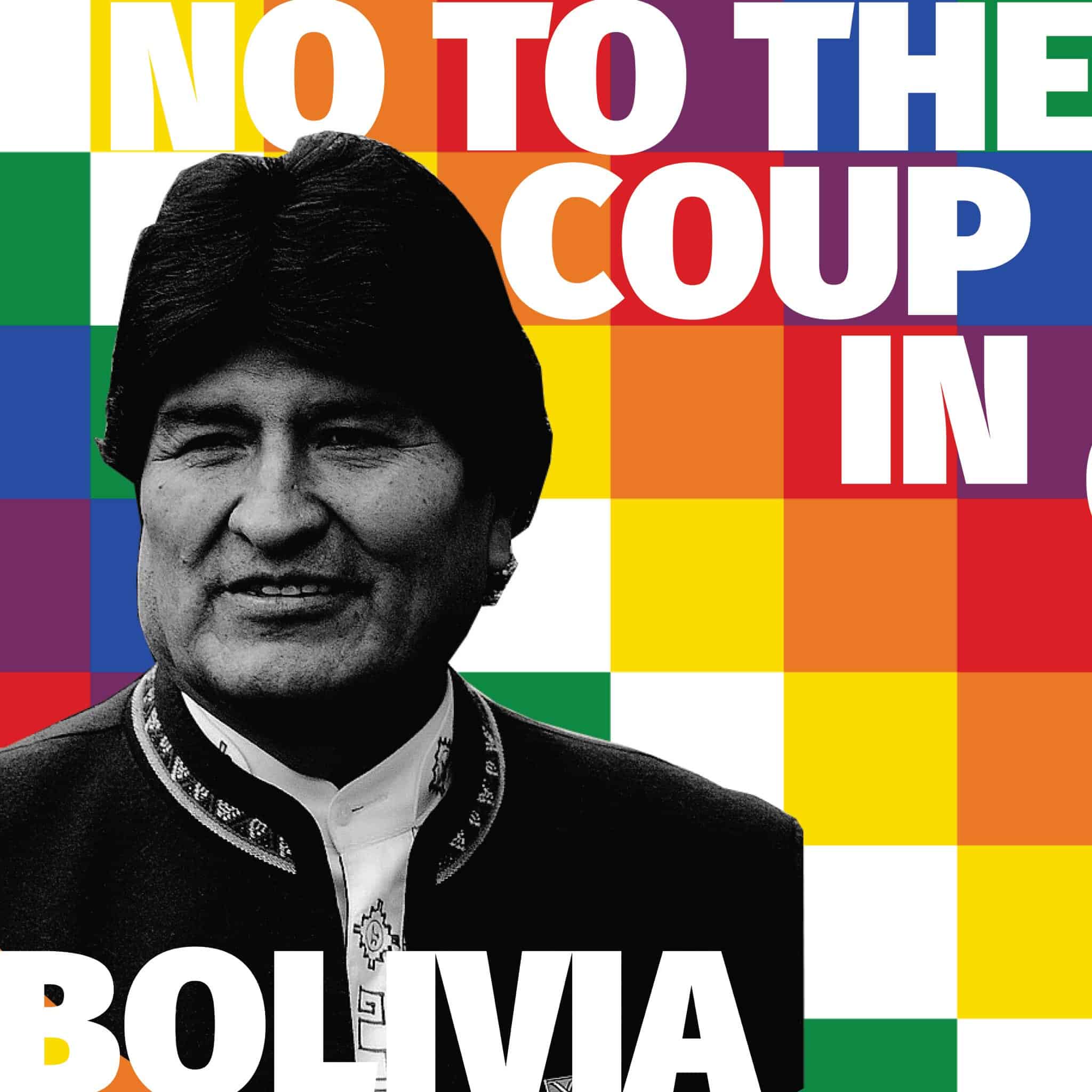 A U.S.-backed military coup is being carried out in Bolivia right now. Rightwing forces within Bolivia Bolivia have mobilized to overthrow the progressive, indigenous, president of Bolivia, Evo Morales.
Evo has consistently opposed all forms of U.S. intervention in Latin America. His administration has overseen unprecedented progress for the whole country, ending the apartheid system against indigenous peoples, providing universal health care, eliminating illiteracy, diversifying the economy, making Bolivia self-sufficient in food. The country has had the highest economic growth rate in Latin America under his terms in office.

Now the traditional oligarchy in alliance with military chiefs have overthrown his government and are hunting for leaders of the Evo Morales government and its party, MAS.

http://This coup situation is not over. Evo Morales. who just won the last election, has mass support among the working class and indigenous peoples. They could still overturn the coup as in Venezuela in 2002.
There are rallies in over a dozen cities in the US against this US backed coup. Come out and protest and help let the US people and Bolivian people know we stand with Bolivian democracy and constitution and with their legitimate president.
Follow the news on Facebook: Friends of Evo’s Bolivia / Amig@s de La Bolivia de Evo