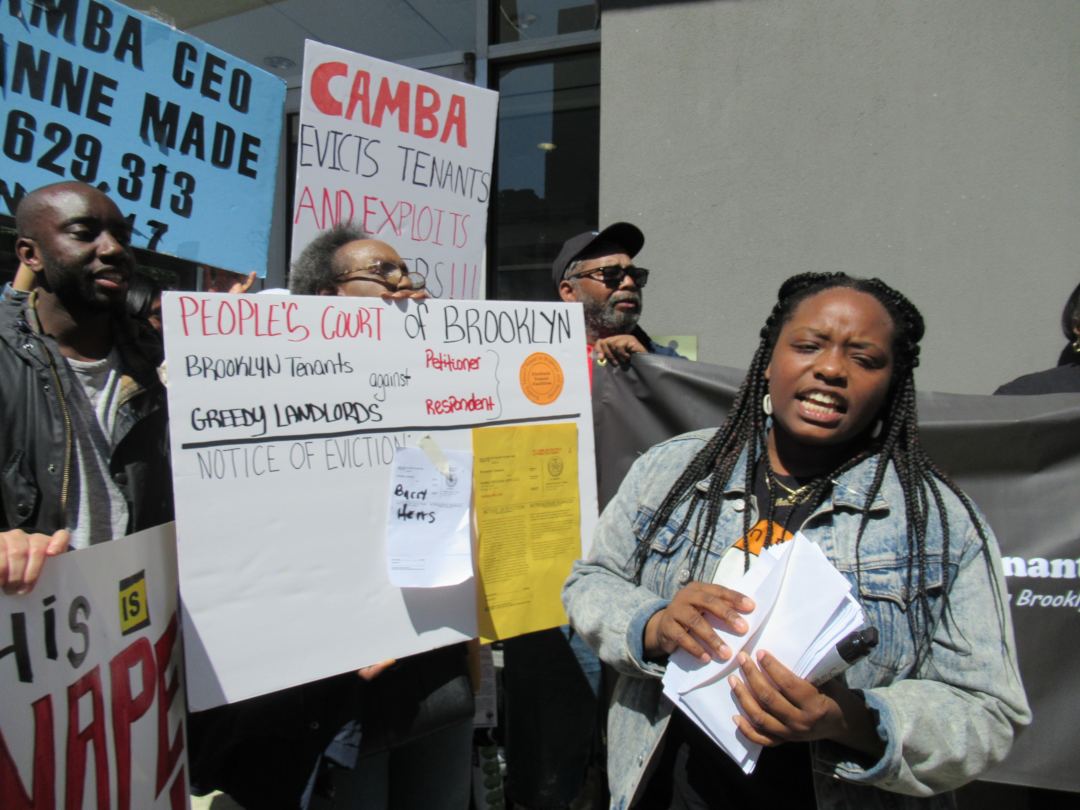 New York, May 8 — “Hey hey, ho ho! All evictions have to go!” and “Evictions are violent! We will not be silent!” were two popular chants by protesters outside Stellar Management at 156 William St., near Wall Street!

This large protest denounced the worst evictors in New York City in 2018. Called by the Right to Counsel (RTC), this was one of four protests in three New York boroughs this week. The protest today was prompted by unfair eviction threats and evictions by Stellar’s Larry Gluck.

The RTC tells of Gluck destabilizing housing by inflating building and apartment renovation costs. Tenants protesting today spoke of their experience fighting Stellar Management via Larry Gluck. The militant protest marched into the building with copies of a “Notice of Eviction” by Manhattan tenants against Stellar Management. Greeted with threats of arrest by security, tenants raised their chant: “Evictions are violent!  We will not be silent!’

Bringing many tenants together, RTC holds their next protest tomorrow outside the Bronx Housing Court. Meanwhile, tenants are also organizing for universal rent control. A large tenant protest will be held in the state capital of Albany on May 14, which will draw tenant activists from across the state. As the multinational rally chanted today, “If we don’t get it, shut it down!”