On Jan. 19, for the third year in a row, thousands turned out for the Women’s March in Washington, D.C., and in cities across the U.S. The past year saw an enormous upsurge in the visibility of women’s and gender-oppressed people’s struggles against systemic abuse and violence. Internally, the Women’s March movement also faced a racist backlash against a feminist movement that includes Black, Latinx, Native, Arab and Asian women, as well as representation for transgender women.

The tone and politics of the events varied greatly from place to place and contingent to contingent. The official leaders of the Washington march emphasized electoral politics almost exclusively. But many women, trans, gender-nonconforming and other gender-oppressed people fought for a more radical agenda embracing the struggle against rape and sexual violence, for reproductive rights and economic equality, and against racism, imperialism and the capitalist system.

Here are reports from a few of the events:

In Boston, Seattle and several other cities, Indigenous women formed their own contingents, often focusing on raising awareness about Missing & Murdered Indigenous Women, Girls & Two-Spirits and were featured as speakers.

Unfortunately, in some other marches, Indigenous women were not included in planning and felt marginalized. Ensuring that Indigenous women are intrinsic parts of Women’s Marches is still an important challenge for organizers in all too many places. 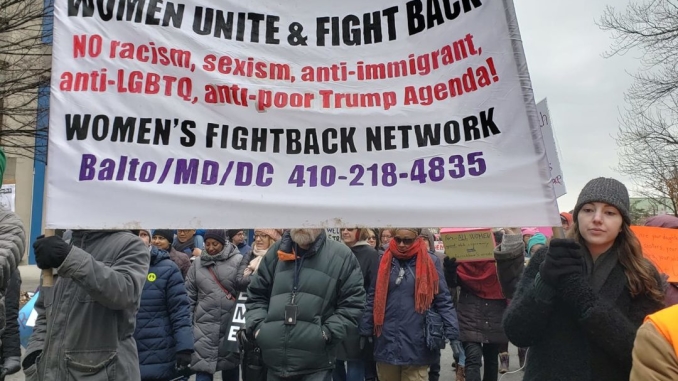 This year, an estimated 1,000 people came out. There was a rally outside City Hall with speakers, including community activists and elected officials. After the rally, demonstrators marched through downtown Baltimore to denounce violence against women, also raising demands such as reproductive justice and representation for women. The march ended at War Memorial Plaza where there were more speakers. 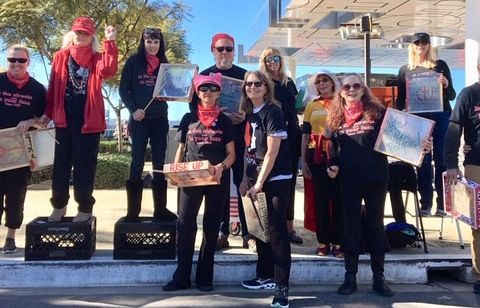 The San Diego Women’s March stepped off around noon with Kumeyaay Nation womyn leading the way while holding a banner that read: “You Are on Kumeyaay Land.”  They were followed by the Aztec Sun Dancers, a group of Latinx youth who are a staple at progressive San Diego events.

In all, a crowd of about 10,000, represented by Black, Latinx, Indigenous/Native, Asian, LGBTQ2S people and mostly womyn, marched down San Diego’s Harbor Drive with chants of “My body, my choice!” and “Immigrants yes, wall no!”

With reports by M. Tiahui, Emma Rose and Zola Fish