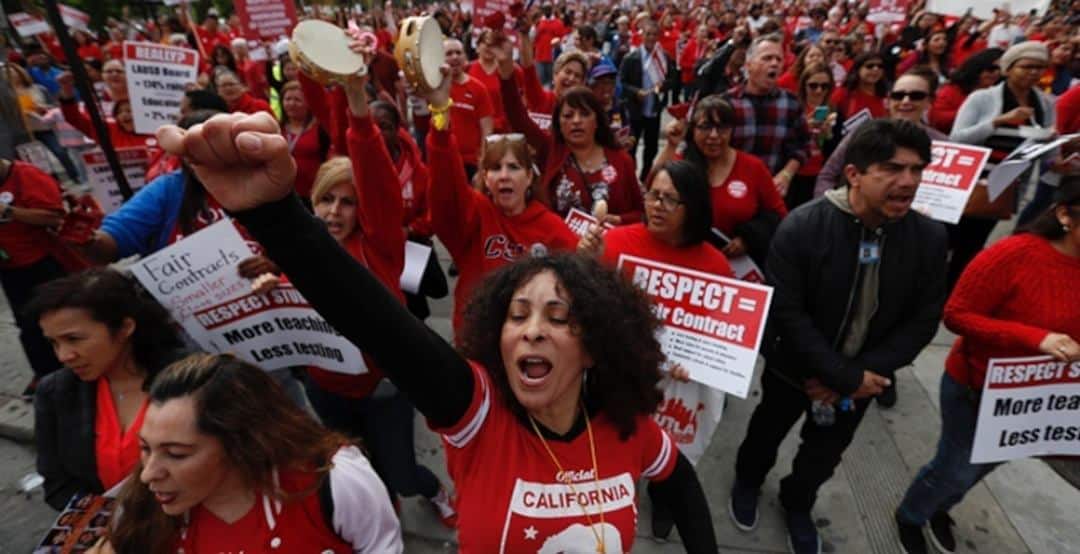 Education is a right for all!

The upcoming strike by United Teachers Los Angeles (UTLA) — teachers, nurses, librarians, counselors and social workers in the Los Angeles County Unified School District (LAUSD) — will be critical not only for teachers, school workers and students in Los Angeles but for communities across the country.

What’s at issue is a national anti-union drive whose goal is not only to eradicate collective bargaining by public school workers but also to attack education rights for poor and working-class students. The intransigence of LAUSD and School Superintendent Beutner indicates their intent to further privatize public schools and to continue to allow charter schools to function without oversight or regulation in the second largest school district in the country.

The lack of oversight of charter schools and private schools is tantamount to the resegregation of our public school system nationally.

Those students remaining in Los Angeles public schools — largely students of color, students who are entitled to special education services and overall from low-income families — have needs that cannot continue to be neglected.

We, the undersigned, extend our full solidarity with UTLA in this important struggle.

We call on unions, communities and students to join the picket lines when possible and to reach out to community organizations, churches, co-workers, family and friends, and educate them about this important battle for union rights and for the health and development of 640,000 students.

If you are not in Los Angeles, consider holding solidarity actions and pickets in your own city, town or state. Have your union or group pass resolutions. Circulate this statement and call Superintendent Beutner at (213) 241-1000 to say that you support Los Angeles school workers.

To add your name or organization, message us on Facebook at https://www.facebook.com/SupportLATeachers/ or send an email to harriettubmancenter@gmail.com.