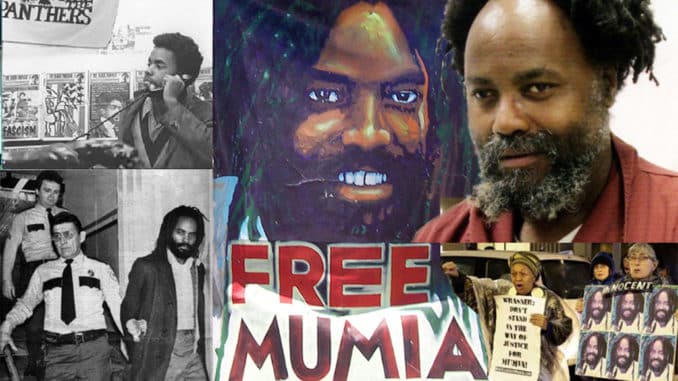 World famous political prisoner Mumia Abu-Jamal won an opportunity to reopen his case when a Philadelphia Common Pleas Court judge ruled on Dec. 27 that his appeal can be reargued before the Pennsylvania Supreme Court. The appeal opens the possibility of a retrial where the racist frame-up of Mumia can be exposed.

Judge Leon Tucker found that “if a judge served as a prosecutor and then the judge, there is no separate analysis or determination required by the court, there is a finding of automatic bias and a due process violation.”

This ruling overturns a 2012 decision by Chief Justice Ronald D. Castille because of the racist bias he exhibited when acting as a prosecutor. Evidence includes racist campaign speeches and letters advocating the issuance of death warrants in cases where a police officer was killed. Despite a convincing body of evidence supporting Mumia’s claim of innocence, Castille’s ruling denied Mumia further appeals, condemning him to serve a life sentence without parole.

In the second part of Judge Tucker’s ruling ― made in a courtroom packed with police ― Tucker said Abu-Jamal’s lawyers failed to present evidence that Castille had a significant personal involvement in a critical decision over Abu-Jamal’s case while Castille was district attorney. The judge did note that the evidence of Castille’s bias in Mumia’s case was missing because the state failed to produce two documents that it was obligated to preserve while Abu-Jamal’s appeals were active.

Mumia was on death row from 1981 until 2008, when a U.S. appeals court threw out the death sentence because of flawed jury instructions. The appeals court was forced to respond to the worldwide campaign for freedom for Mumia. Protests focused on the racist U.S. courts and prison system. As an internationally renowned political prisoner and journalist, Mumia had become “the voice of the voiceless” and a symbol of injustice in the U.S. prison system.

Journalist Mumia Abu-Jamal had served as Black Panther Party minister of information and reported on racist Philadelphia police attacks ― especially the attacks on the organization MOVE and the police bombing of the MOVE house in 1985, a terrorist act that flattened an entire neighborhood in the oppressed community of Philadelphia.

During four decades in prison, Mumia was celebrated for his writing on the U.S. system of injustice. He wrote about the racist bias he saw in the makeup of juries and the inequity of the number of people of color on death row. Despite his vulnerable position, Mumia has never flinched from protesting injustice wherever he has seen it, from Palestine to racist police brutality in the U.S. to President Trump’s murderous persecution of im/migrants.

In recent years, Mumia suffered a life-threatening illness from hepatitis C. After angry protests led by supporters like Pam Africa, he was granted the right to receive a curative treatment. In a well-known display of courage, he would not accept the lifesaving medicine until it became available for other prisoners too.

Now is the time to be in the street for Mumia. It is support for his courage that has kept his case in the forefront of the struggle against racism. It is possible now to build the kind of protests that will find resonance in the courts, to fight for justice that cannot be denied.