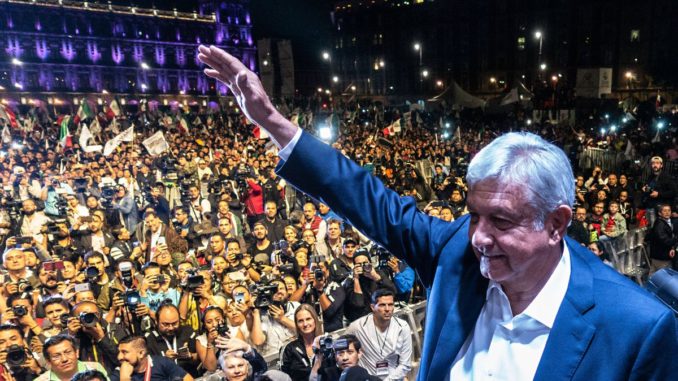 AMLO’s election on July 1 by an outpouring of millions of urban and rural workers was seen as a popular revolt against the right-wing ruling parties. With more than 30 million votes, AMLO is the most voted-for president in the history of the country. The celebration in the Zócalo was tremendous.The election represented the progressive aspirations of the working class in Mexico, but it will take more than an election to win those aspirations.

Watch and read AMLO’s full speech at the Zócalo